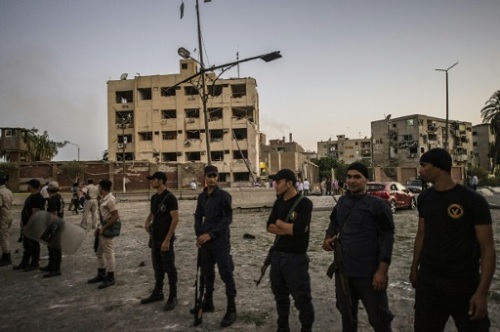 Egypt’s military says four troops and 36 Islamic militants have died in the past five days of fighting in the restive Sinai Peninsula.
Monday’s statement says one officer was among the four killed army personnel. It also says that eight soldiers were wounded, including two officers.
The military says that it also destroyed 400 hideouts, munition and weapons depots and dismantled 93 explosive devices during the operation.
It says 345 suspected militants and fleeing criminals have been arrested.
Since Egypt launched the wide-scale operation more than a month ago, 20 troops have been killed.
Egypt has been battling Islamic militants for years, but the insurgency gathered steam and grew deadlier after the 2013 ouster by the military, of Mohammed Morsi, an Islamist president whose one year in office proved divisive.