Mullahs and the English Opium-Eater

When reality is too hard to bear, imagination may rescue you from despair. This is the message of “Confessions of an English Opium-Eater” by Thomas De Quincey, the precursor of psychedelic literature. That message, it seems, has reached Iran, triggering an avalanche of empire-building dreams.

Earlier this month, “Supreme Guide” Ali Khamenei published a manifesto for the creation of a “New Global Islamic Civilization” to replace the old one that he believes is too tired to conquer the world and prepare the return of the “Hidden Imam”.

And last week, General Muhammad-Ali Aziz-Jaafari, chief of the Iran’s Islamic Revolutionary Guard Corps (IRGC), claimed that he has over 200,000 troops under his command in Iraq and Syria, the first time since 7th century AD that Iran has had such a military presence in the Levant.

A day later, IRGC-controlled media published reports about a grand plan to link the Indian Ocean to the Mediterranean Sea via a super highway that links the Iranian port of Chahbahar, on the Gulf of Oman, to the Syrian port of Latakia. It claimed that Syrian President Bashar Assad has agreed to cede control of Latakia to Iran just as he has transferred control of Tartus to Russia.

Tehran’s official media reports imply that neither Iraq nor Syria have sovereign governments and that both are under Iranian control.

This is how the IRGC news-site RAJA reported the claim: “Iran sees Iraq as an economic backup unit that ensures Iran’s political influence and security in the region.”

The editorial then claimed that “Iran controls five important highways in Iraq: Shalamcheh to Basra, Shib to Meyssan, Mehran to Badrah, Zarbatiyah to Diyala and finally, all roads in Iraqi Kurdistan.” This assumes that neither the government in Baghdad nor the authorities in Iraqi Kurdistan have any say in the matter.

In contrast, because the port of Chahbahar has been leased to India for 25 years, the IRGC claims that India will be included in the scheme. Further, the reports claim, Russia also backs the Iranian “grand design” because Moscow knows that without Tehran’s help, it won’t be able to gain a real foothold in the Middle East.

The pipe-dream doesn’t stop there.

Thus, Iran will be at the center of a New Silk Road, competing with the one that China is building with an investment of over $1 trillion.

In just a few years’ time, so the pipe-dream goes, the world will have four super-powers: Russia, China, the US and Iran. And then, Iran will launch the next phase of its project for the “New Islamic Civilization” by destroying first Israel and then the United States.

According to IRGC theoretician Dr. Hassan Abbasi, aka “the Kissinger of Islam”, the only matter to be settled is whether the White House in Washington would be turned into a simple mosque or a Hussaynieh for Shiites only.

“I see the day when the flag of Islam flies above the White House and our preachers are inviting audiences to shed tears for the martyr Imam Hussein,” the doctor told audiences in Iran.

All these pipe-dreams are unfurled against a background of growing frustration in Iran. According to latest reports, over 1.9 million workers, including many in the public sector, have not been paid for up to 18 months. As a sweetener for the Iranian New Year (Nowruz), which started Thursday, the government has approved a 20 percent rise in the minimum wage. But that, even assuming wages are paid in time, will cover half of the purchasing power that average Iranians have lost because of inflation and the fall in the value of the national currency.

At the same time, the country is on the brink of environmental tragedy, with the drying up of over 300 lakes and at least 60 rivers. According to the Iranian Ministry of Agriculture, since 1980, Iran has lost four million hectares of arable land to desertification. Mass unemployment, rampant inflation and widespread corruption have put Iran on the same slippery slope as Venezuela.

The fantasist scenario offered by the IRGC and its theoreticians is clearly aimed at eliminating the group of actors that have been paying the roles of president and minister and tried to portray Iran as a normal nation-state pursuing legitimate interests.

This is how Aziz-Jaafari revealed the depth of his thoughts:

He added that all governments in Iran have pursued “Western-style development strategies”, and went on to invite the people to “make another choice”.

In other words, in its 40 years of existence, what is known as Islamic Republic hasn’t been all that Islamic.

Well, he may have a point.

Why not sack the actors playing president, minister and members of parliament — individuals who are in office, but not in power? And why not let those who wield real power also be in office? A two-headed bird, each head pulling in a different direction, never flies. The present system has led Iran into an impasse, forcing its leaders to live in a fantasy world that recalls De Quincey’s opium-inspired psychedelic trip. 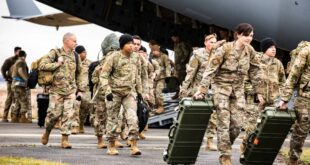