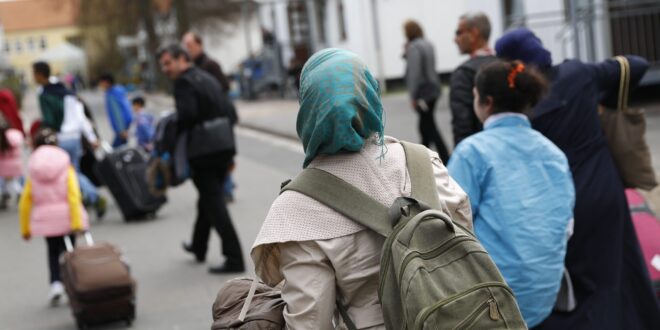 On Wednesday, German interior ministers held a meeting to discuss the deportation of some Syrian refugees to their homeland, as human rights organizations issue warnings against such deportations.

According to the European website InfoMigrants, German interior ministers will discuss several issues at their three-day meeting. Most notably, they will discuss the option of deporting refugees to Syria and Afghanistan, based on the individual case of each refugee. Refugees who are “dangerous criminals” or “posing a threat” could therefore be deported.

Amnesty International, however, has warned against taking these steps. Markus Beeko, the organization’s secretary-general, said that deportation to Syria and Afghanistan for any category of refugees “contravenes international law.”

Beeko referred to the continuation of arbitrary arrests and torture by the security services in Syria. He added, according to the website: “The interior ministers’ conference should suspend the deportation of refugees to Syria and not adopt any decision to force people to return.”

In 2012, Germany has suspended the deportation of Syrians by a resolution that should be renewed every six months. However, in December 2020, Germany’s interior ministers decided to stop extending the ban on deportations to Syria. As a result, since January 1st, 2021, German courts were authorized to decide whether to deport Syrians convicted of committing crimes in Germany.

At the time, ministers insisted that the decision would affect only a small number of dangerous criminals or terrorists. And as a matter of fact, Germany has not yet deported any Syrian refugees. At present, there are about 90 people of Syrian nationality in Germany who are considered a source of threats. Their deportation could be on the table, the German news agency DPA reported.

Germany welcomed more than 1.5 million refugees at the height of the European migrant crisis, which ran from 2015 to 2016.