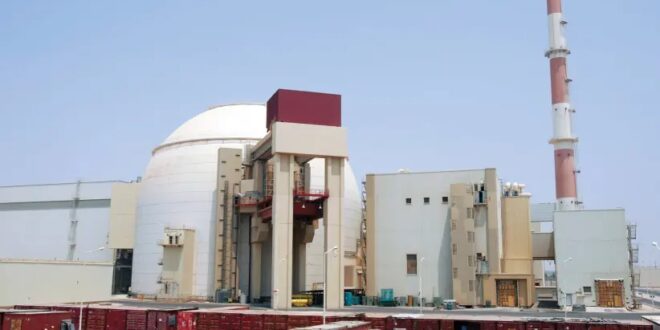 Iran has witnessed dozens of mysterious fires and explosions across the country since mid-2020, many near nuclear facilities.

Iran’s Bushehr nuclear power plant underwent an emergency shutdown, Iranian media reported on Sunday.
The Iranian Atomic Energy Organization reported that a technical defect in the power plant led to the plant being temporarily shut down and disconnected from the national electricity grid, according to the Iranian Fars News Agency. The AEO stated that the plant would be reconnected to the electricity grid in the next few days.

The deputy coordinator of the Iran Power Transmission, Generation and Distribution Company (​TAVANIR) told Fars that the plant was temporarily closed for “technical repairs,” which would continue for about three to four days.

Last month, a massive fire broke out near the Islamic Republic’s only functioning nuclear power plant in Bushehr. Last July, the city of Bushehr saw another large fire break out at the Delvar Shipyard.

In addition to the fires plaguing the plant, Iran said in March that Bushehr could stop operating this year altogether as the country struggles to keep the unit running due to financial troubles caused by American sanctions, the semi-official Iranian Students’ News Agency (ISNA) reported.

The incident comes as Iran and world powers continued negotiations on renewing the Iran nuclear deal on Sunday for the first time since Ebrahim Raisi, a hardline judge under US sanctions for human rights abuses, was elected as Iran’s next president.

The incident is the latest in a series of incidents reported in Iranian infrastructure and nuclear facilities in particular.
An alleged Israeli attack on the Natanz nuclear complex in April, as well as a number of other reported attacks on Iranian targets, was initially reported as an “accident.” Fereydoon Abbasi-Davani, the former head of the AEO, announced after the attack that it was the fifth such attack on the Natanz nuclear site within 15 years.

Thousands of centrifuges were destroyed in the Natanz attack. A separate attack in July of last year caused extensive damage as well, reportedly setting back Iran’s nuclear program by years.

Since last year, a number of fires and explosions have hit Iranian infrastructure and petrochemical plants. Iranian officials referred to most of the cases as incidents or accidents, although some reports have claimed that at least some of them involved foul play.