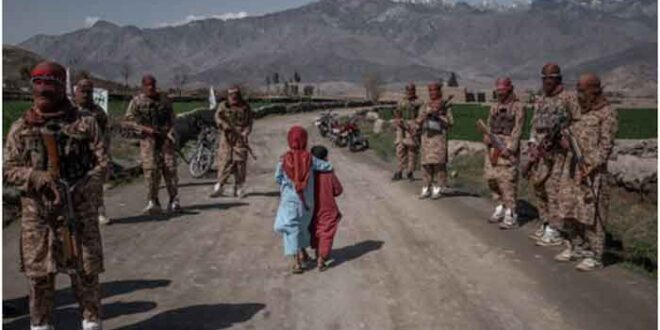 On June 14, 2021, Pakistan Foreign Minister Shah Mahmood Qureshi spoke at the inaugural Pakistan-Afghanistan Bilateral Dialogue in Islamabad. His tone was mildly aggressive. Talking about USA’s pullout from Afghanistan, Qureshi said: “If the objective of going to Washington is starting a new blame game and holding Pakistan responsible for all the ills and the lack of progress in the peace process in Afghanistan, then it will not help…There is a general buzz that we are advocates of the Taliban. I am not and I don’t represent them, I represent Pakistan. Taliban are Afghans.”

Qureshi’s statement reflects the shifting tectonic plates of Pakistan’s Afghan policy. Beginning from the 1970s, Pakistan – along with Saudi Arabia – trained, financed and armed jihadists to fight against the Soviet-backed, Communist government in Afghanistan. This destabilizing maneuver was motivated by three factors. First, locked into a bitter rivalry with its neighbor India that erupted in periodic border wars, Pakistan was desperate to please Washington, particularly since India had only recently tested its first nuclear bomb.

Throughout the long years of the Cold War, Washington was Pakistan’s main ally, providing plentiful military aid and re-orienting its diplomacy to favor that country over India. To shelter beneath the US nuclear umbrella, the Pakistanis were, in turn, willing to risk Moscow’s ire by serving as the springboard for the Central Intelligence Agency’s (CIA) secret war on the Red Army in Afghanistan. Second, driven by the threat – real or imagined – that India posed to Pakistan, Islamabad sought to block New Delhi’s influence in Kabul by gaining “strategic depth” in Afghanistan.

In practical terms, Islamabad wanted to be able to rely on a client regime in Kabul that could provide territory and airspace to accommodate the retreat and recuperation of Pakistani troops in case of a confrontation with India. The Pakistani establishment tried to facilitate the construction of such an administration by primarily lending support to a mujahedeen group which became today’s Taliban. Third, under the military dictatorship of Zia-ul-Haq, Pakistan took care to ensure that the government in Kabul would not promote the idea of Pashtunistan – an independent Pashtun state in northwest Pakistan.

The Pashtun are the people living in the southern parts of Afghanistan and northern parts of Pakistan. Whereas in Afghanistan they constitute an ethnic majority, in Pakistan they are only about 14% of the total population. They are divided by the Durand Line – a border imposed on the Afghans by the British Empire in 1893 to mark the frontier between British India and Afghanistan after the British had failed to subjugate the country. This arbitrary line through the mountains purposefully divided the Pashtun population of the region.

While it is officially recognized in the United Nations and throughout the international community as Pakistan’s western border, Afghanistan has never accepted this boundary; Afghan historians and legal scholars emphasize that the Durand Line was merely an understanding meant to delineate spheres of influence, and not intended to serve as borders of a future state. Zia-ul-Haq encouraged Islamic movements such as Jamiat-i-Islami to enter Afghan refugee camps along the Durand Line and set up madrasas to propagate jihadized religious education.

He also used Inter-Services Intelligence (ISI) – Pakistan’s intelligence agency – to paper over tribal divides in favor of the concept of an ummah – an Islamic community or a Muslim empire. Conservative mullahs on both sides of the border spread this jihadist propaganda among the Afghan refugees. Pakistan was well aware that a strong Pashtun movement in the Federally Administered Tribal Area (FATA) and Khyber Pakhtunkhwa would threaten its territorial integrity. It therefore steered its support to groups and organizations that emphasized Islamist identity as opposed to Pashtun nationalism.

During the brief Taliban rule over Afghanistan in the late 1990s, the Pakistani military thought that the Taliban would not only recognize the Durand Line, but also curb the undercurrents of Pashtun nationalism in the northwest frontier. The actual reality defied mainstream expectations. Categorically refusing to recognize the Durand Line, the Taliban went on to foster Pashtun nationalism, albeit of an Islamic character, which fanned the flames of nationalist sentiments within the Pakistani Pashtuns. Pakistan’s attempt to prevent Pakistani Pashtuns from crossing the Durand Line to resist the Western troops resulted in the Pakistani Taliban redirecting their fury against targets all over Pakistan.

In spite of the failure in using Taliban as a strategic chess piece in the Pashtun issue, Pakistan continued to nurture the group as a bulwark against India. With the US invasion in 2001 following the September 11 attacks, Pakistan played a double game. With limited options, it joined the US “war on terror,” declaring support for the Hamid Karzai government in Kabul. While Pakistan publicly supported the US in Afghanistan, offering a primary entrance conduit for international military forces and materiel, Islamabad made sure not to change its relationship with the Taliban, lest the government undermine its own regional interests.

Pakistan’s security establishment continued to allow the Taliban’s political leadership and military commanders to enjoy sanctuary and set up operational bases in Pakistan. When the US declared premature victory in Afghanistan and went on to invade Iraq in 2003, it became easier for Pakistan to assist the Taliban’s regrouping, at a time when the Afghan government was grappling with corruption and infighting on ethnic lines. When the US got stuck in the quagmire of the Iraq war, Taliban was steadily acquiring control over Afghanistan’s hinterlands. By the time the US shifted its focus back to Afghanistan, after waging unsuccessful wars in Iraq and Syria, the Afghan war had already been lost.

Pakistan’s current response to the situation in Afghanistan echoes the experience gained by the country through its previous engagements. On the one hand, if the Taliban hold a monopoly on power in Kabul, it is likely that it would incite Pashtun nationalism on Pakistan’s western border. On the other hand, Pakistan could deploy Taliban as a wild card to check India’s influence in Afghanistan. This conundrum boils down to a simple problem: while the Taliban’s rise to power will provide Pakistan with influence in Kabul, a strengthened Taliban is likely to act independently and possibly against Pakistani interests. These ambiguities will express themselves in a familiar tactic: public disavowal of Pakistan’s role in Afghanistan and secret negotiations with the Taliban. 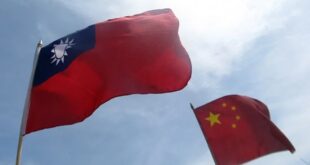 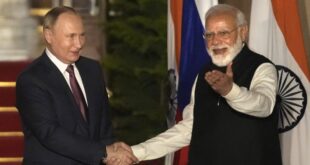