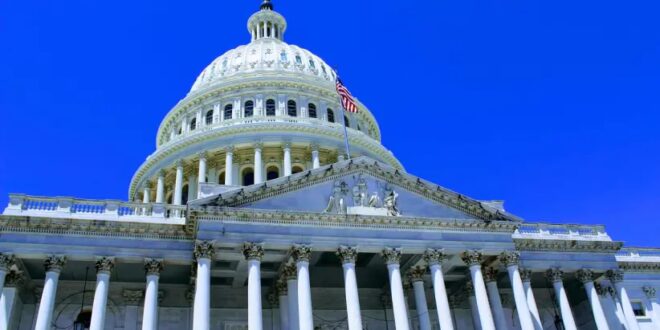 The bill seeks “to impose financial sanctions on foreign persons, agencies, and governments that assist Hamas, the Palestinian Islamic Jihad, or their affiliates.”

A bipartisan group of 55 House members has introduced the Hamas International Financing Prevention Act that seeks “to impose financial sanctions on foreign persons, agencies, and governments that assist Hamas, the Palestinian Islamic Jihad, or their affiliates.”

If voted into law, the bill would require the president to submit to Congress an annual report “identifying foreign persons, agencies or instrumentalities of a foreign state who knowingly and materially assist Hamas, the Palestinian Islamic Jihad, or an affiliate or successor of one of those organizations.”

Rep. Josh Gottheimer (NJ-5) and Rep. Brian Mast (FL-18) led the legislation that was introduced on Wednesday.
“It is critical that the United States and our allies continue to isolate terrorist groups like Hamas and Palestinian Islamic Jihad by cutting them off at the source,” said Gottheimer, the Vice Chair of the House Financial Services Subcommittee on National Security.

Once identified, the president must impose two or more sanctions against such groups, including seizure of property held within the United States; denying export-import guarantees, denying export of goods or technology controlled for national security reasons, and denying loans more than $10 million.

The president would also be required to report to Congress “on each government that provides support for acts of terrorism and provides material support to the banned groups, or any that the president determines have engaged in a significant transaction to knowingly and materially provide support to Hamas, the Palestinian Islamic Jihad or any affiliate or successor organization.”

Such a government’s transactions in foreign exchanges that are subject to the jurisdiction of the United States would also be prevented by the president.

“This bill will strengthen sanctions to weaken these terrorist groups that threaten our ally Israel, undermine peace, and further destabilize the Middle East,” he added.

“The United States must not tolerate anybody who provides support to these radical Islamic terrorists,” Mast said in a statement.

“Hamas and the Palestinian Islamic Jihad are foreign terrorist organizations and specially designated by the United States government as global terrorists.”

“Hamas is responsible for the death of more than 400 Israelis and at least 25 United States citizens. The Palestinian Islamic Jihad has claimed credit for multiple terrorist attacks in Israel, including an attack that killed a New Jersey student,” Mast said.

In another move in the House, Rep. Lee Zeldin (R, NY-1), reintroduced the Countering Hezbollah in Lebanon’s Military Act, legislation that would withhold 20 percent of US security assistance funds until Lebanon’s clamp down on the Iranian-backed faction.

“Hezbollah is a designated terrorist organization and Iranian proxy, and its continued power and influence over the Lebanese Armed Forces presents a constant threat to Israel,” Rep. Zeldin said in a statement.

“Until the Lebanese military makes real and sustained efforts to rid itself of Hezbollah’s corrosive influence, the United States should not be diverting taxpayer dollars to the LAF, which will end up in the hands of a terror group that directly threatens our strongest ally.”

Post Views: 153
Previous What might be the real target of the sabotage in Iran? – analysis
Next Some variety possible in new Iranian president’s cabinet