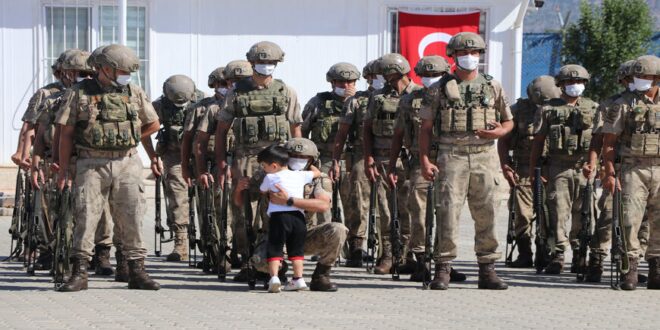 There are concerns about the Islamic State’s ability to still operate within and close to Turkish territory.

Turkish police arrested 26 people on Monday for allegedly being linked to the Islamic State (IS).

Police intelligence identified 30 suspects in the capital Ankara, including 28 Iraqi citizens and two Syrians. They arrested 26 of them during several raids and are searching for the remaining four, the Turkish government’s official Anadolu Agency reported.

IS lost its final territory in 2019, but remains active in parts of Iraq and Syria, including near the Turkish border.

Turkey has a complicated history with IS. Several Yazidi women have been freed from IS captivity in Turkey in recent years, indicating the group can still operate in Turkish territory. In neighboring Syria, Turkey fights Kurdish groups that helped defeat IS, and some in northeast Syria accuse Turkey’s Syrian rebel allies of accepting former IS fighters into their ranks. IS’ longtime leader Abu Bakr al-Baghdadi was staying just a few miles from the Turkish border when he was killed in 2019. Thousands of IS fighters also entered Iraq and Syria through Turkey during the group’s heyday.

On the other hand, IS has carried out several attacks in Turkey, most notably at Istanbul’s airport in 2016. Turkey has also conducted numerous operations against IS, including in Syria. Last month, Turkish authorities arrested a senior IS leader in Istanbul as part of a string of arrests.