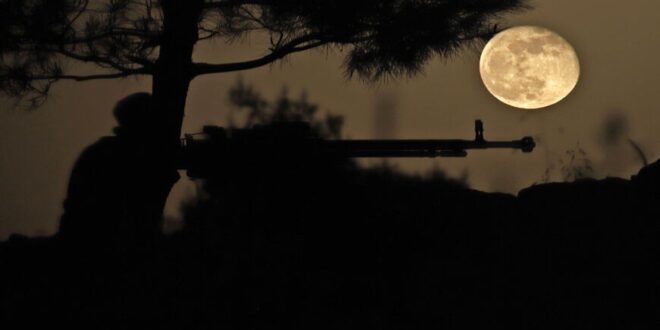 The Turkish-backed opposition is trying to benefit from the experience of Hayat Tahrir al-Sham in establishing a new security apparatus to pursue terrorist cells in the areas under its control in north Syria.

A new security apparatus is coming together in the areas controlled by the Turkish-backed Free Syrian Army (FSA), with the aim to crack down on the cells affiliated with the Islamic State (IS), the Syrian Democratic Forces (SDF) and the Syrian government.

The creation of the new security apparatus was first raised in March 2019. With the increasing bombing attacks that affected several cities and towns in northern Syria, the apparatus was bound to be formed.

An FSA military source told Al-Monitor on condition of anonymity, “Defected regime police officers will take over the task of supervising the new security apparatus, which will be independent and whose work will be limited to the security-intelligence side, to pursue cells seeking to undermine stability in the area.”

He said, “The Euphrates Shield, Olive Branch and Peace Spring areas will be divided into nine centers, provided that all of these centers will be subordinate to one central command, which will manage all areas. All the security offices affiliated with the various factions in the area will also be dissolved as they have not achieved the security objectives required of them. Turkey supports this step, given its importance in controlling the security of the area.”

The source added, “Hayat Tahrir al-Sham was the first to form a security apparatus in the area to pursue IS cells that had reached Idlib. Talks are now underway to reach a formula of understanding between it and the new apparatus, to open channels of intelligence exchange against cells affiliated with IS, the SDF and the regime. Both sides will thus benefit, as Hayat Tahrir al-Sham wants to coordinate to stop IS from infiltrating into Idlib. We also want to benefit from Hayat Tahrir al-Sham’s experience in managing the security services. However, cooperation is yet to start, due to ideological considerations, but this is what we are working on overcoming.”

A Hayat Tahrir al-Sham military source told Al-Monitor on condition of anonymity, “All IS affiliates who arrived in Idlib crossed the opposition areas in northern Aleppo, and throughout the past period, we have been calling on the FSA to strengthen its security to stop such infiltrations. We seek to cooperate on the exchange of intelligence between the two parties since the entire north could benefit.”

He noted, “The first stage will be limited to providing information about the activities of suspicious persons in both areas, and it may develop in the future. We erected checkpoints along the road separating us from the Olive Branch area, and the FSA erected similar checkpoints to keep an eye out on suspicious individuals. These checkpoints are a safety valve for both areas, and if this succeeds, we can expand the circle of cooperation.”

There is nothing official regarding the creation of the security force so far because the issue is still under study, the negotiations between the parties have not yet ended and no result has been reached, FSA spokesman Maj. Youssef Khaled al-Hamoud told Al-Monitor.

The opposition’s security groups arose with the emergence of armed factions. Some were part of an armed faction, while others were established outside the faction’s environment. Although the armed factions have had great resources, they failed to prevent chaos in their areas of control. This is due to several reasons; most importantly, faction leaders have drifted from their vision, which led to competition and conflict among the various factions, at the expense of facing common dangers. In addition, there is no professional specialized personnel as these forces rely on primitive methods, and there is no security cooperation between factions.

Orabi Abdel-Hay Orabi, a Syrian journalist specializing in Islamic and jihadist groups and residing in Turkey who writes for a number of Arab study centers and newspapers, told Al-Monitor, “Hayat Tahrir al-Sham managed to infiltrate the FSA factions, and some individuals working in the ranks of the FSA are known for their loyalty to Hayat Tahrir al-Sham. This is why the FSA’s structure is weak, and it was unable to prove its capabilities during the last period. It needs to coordinate with other parties to maintain security.”

Orabi added, “Meanwhile, Hayat Tahrir al-Sham is openly present in Afrin, Azaz and Jarablus, which are under the control of the FSA, and it collects intelligence information from those areas. However, the factions cannot expel these Hayat Tahrir al-Sham affiliates because they fear for their own interests in Idlib, [where FSA-affiliated] military groups work alongside the Turkish forces in Idlib, in addition to commercial interests such as selling oil coming from SDF-controlled areas. So the new apparatus would serve to increase the security coordination that already exists.”

Mohammed Fayez al-Asmar, a defected Syrian government officer and military analyst who provides analyzes to several study centers and news channels, told Al-Monitor, “There are several obstacles to establishing this apparatus, perhaps the most important of which is that each faction has its own security apparatus, prisons and checkpoints. There must be an assessment of how competent the person who will take over the leadership of this apparatus is. There must also be secrecy in handling intelligence information. If these points are taken into account in addition to other criteria, a satisfactory result can be achieved, and the areas would be protected and secured. However, I do not believe things could go beyond coordination between the two parties [FSA and Hayat Tahrir al-Sham] given their many differences.”

Meanwhile, Brig. Gen. Ahmed Rahhal, a defected Syrian government officer and military expert who writes for a number of Arab study centers and newspapers, told Al-Monitor that he fears this apparatus would not only serve to control security but lead to an agreement between the two parties due to security necessities. “One cannot trust that all parties are operating in good faith, be it the FSA or Hayat Tahrir al-Sham. This could be a veiled plan by both parties to merge their forces.”