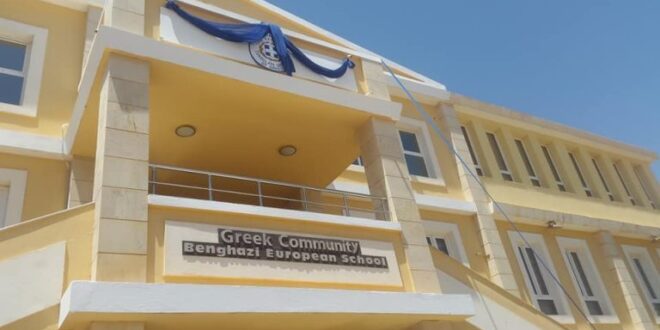 A Greek delegation headed by the Deputy Minister of Foreign Affairs for Economic Affairs, Kostas Fragogiannis, accompanied by the Undersecretary of the Ministry of Foreign Affairs for Economic Affairs, a member of the Greek Parliament, the Greek Ambassador to Libya and the Greek Consul in Benghazi visited Benghazi Municipality, where the delegation was received by the head of the municipality’s Steering Council, Sager Bujwari and his delegation.

During the meeting, many topics of common interest were discussed, the most important of which was the opening of the Greek Consulate in Benghazi, in addition to cooperation in the fields of reconstruction and trade exchange, and holding joint meetings between Greek and Libyan businessmen. The activation of the maritime and air lines after fulfilling some requirements, was also discussed.

At the end of the meeting, the delegations headed to the headquarters of the Greek Consulate in the Fuwaihat neighbourhood, where the Greek consulate was officially inaugurated.