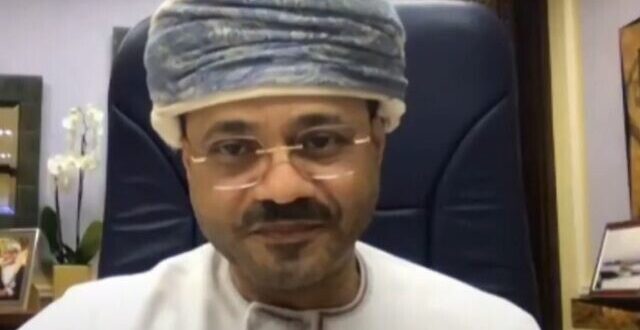 Oman’s Foreign Minister Sayyid Badr bin Hamad bin Hamood Al Busaidi said in an interview published Saturday that his country will not be the third Gulf nation to normalize ties with Israel when asked about a recent call with Foreign Minister Yair Lapid.

In the interview with Asharq Al-Awsat, a London-based Arabic-language daily, Busaidi also affirmed his country’s support for “achieving a just, comprehensive and lasting peace on the basis of the two-state solution” adding that “this is the only option.”

He made the comments in response to a question about his recent call with Lapid — that conversation was announced last month by Omani state media, which said the minister told Lapid that he hoped Israel’s new government would take steps toward the creation of a Palestinian state with East Jerusalem as its capital.

Lapid has been shoring up regional relations, making a trip to the United Arab Emirates to open an embassy and consulate last week, while Foreign Ministry Director-General Alon Ushpiz flew to Morocco on Tuesday for meetings. On Thursday, Lapid met with his Jordanian counterpart Ayman Safadi at the Allenby Bridge border crossing, their first meeting since Lapid became Israel’s top diplomat last month with the swearing-in of Israel’s new government.

There have already been indications in recent years that Israel and Oman were drawing closer together. The administration of US President Joe Biden has said that it hopes to expand the Abraham Accords initiated by the previous Trump administration facilitating the normalization of ties between Arab countries and Israel.

Oman has long been touted as one of the next countries to potentially forge diplomatic ties with the Jewish state. It expressed its support for the Israel-UAE normalization deal the day after it was announced last year and was also quick to welcome Israel’s ties with Bahrain.

Oman is a key interlocutor between the West and Iran, as well as Yemen’s Houthi rebels, assisting in getting prisoners released in the past.

Then-prime minister Benjamin Netanyahu visited Oman in 2018, the first trip by an Israeli leader in over two decades, in what was seen as a sign of warming ties between the Jewish state and the Sunni Arab world.

He was hosted at the time by Sultan Qaboos bin Said, who died last year and was succeeded by his cousin Haitham bin Tariq Al Said who appears to have continued the openness to Israel.

However, since then Oman has been in a difficult transition period as the new sultan confronts a dire economic situation.

Meanwhile, Oman is trying to bring the next round of talks between Iran and Saudi Arabia to its capital Muscat, The Times of Israel has learned, which had previously been touted as a promising sign for Israel and the potential for the Sultanate to join the Abraham Accords.

Talks in Muscat would indicate that Oman is reclaiming its traditional role as a neutral mediator, and is coming out of its shell after Bin Said’s death and the effects of the COVID-19 pandemic.