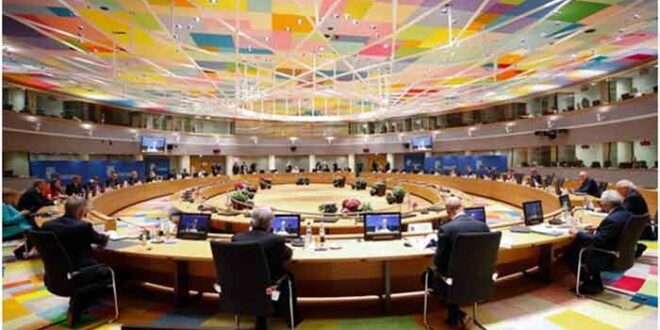 Russia and Europe share strong historical and cultural ties from time immemorial. But these ties did not translate into amicable trade relations between the two. The Russian Federation and the European Union both came into existence in the early 1990’s. With the dissolution of the Soviet Union in 1991, the Russia we all know today came into being. During the same time period, the European Union also came into existence with the signing of the Maastricht treaty. When the EU was coming into existence in 1993, Boris Yelstin, the premier of Russia did not show great eagerness in joining the European Union, as there was much to handle within Russia. Moreover, at that time the economic structure of Russia was very different from other member countries of the EU and it would not have been in the best interest of the EU to also include Russia in it.

To begin with, Russia did not formally enter into the EU, nonetheless, a declaration was signed between the two, to strengthen their relationship. The Partnership and Cooperation Agreement (PCA) was signed in 1994. With the signing of the PCA, the European Union aimed at developing better bilateral relationships with member countries of the former Soviet Union; on the other hand, Russia was aiming at forging better relations with other western democracies, especially the United States. When it came to the practical implementation of the PCA agreement, Russia was not willing to fully comply with EU standards. Instead of focusing on dealing with the EU collectively, Russia preferred to deal with member countries individually. Whereas on part of the EU, PCA didn’t show any flexibility towards Russia; it was expected that either Russia would comply with the entire EU policy or it would have to stay outside the European Union.

In 2000, when Vladimir Putin got elected as the next President of Russia, he initially exhibited aspiration in cooperating with the EU and eventually joining it. Putin’s Russia harbored the wish of regaining its old glory; and in this light, Russia saw the United States and NATO as a threat, and the European Union as an ally. However, with the Iraq invasion by United States led forces in 2003, there was a paradigm shift in the Russian thinking. Now, President Putin wanted Russia to be a powerful country in Eurasia, with its neighbors aligning with it rather than the EU. In 2004 when several more countries (including the three Baltic countries) became members of the European Union, Russia began to see the EU as an expanding power, which might eventually encroach its sovereignty. Russia accused the European Union of being a participant in the “color revolutions” in Georgia (2003), Ukraine (2004) and Kyrgyzstan (2005).

During the period of 2006-2011, paths of Russia and EU further diverged. In this period, Russia began to see the EU with the same threat perception as the United States and NATO. Putin was not happy with Russia’s position in the post-cold war scenario. Thus, Russia began on the path of “independent foreign policy.” Following this, Russia’s war with Georgia in 2008 further strained the relationship between the two. This led to suspension of negotiations by the EU with Russia with regard to the new Partnership and Cooperation Agreement. Then in 2009 EU started a partnership program with six Eastern European countries, namely Armenia, Azerbaijan, Belarus, Georgia, the Republic of Moldova and Ukraine. As a counterweight, the Eurasian Customs Union was established, with Russia, Belarus and Kazakhstan as its members. Thus, both the EU and Russia strived to enhance their regional dominance.

Putin’s reelection as President in 2012 was marred by protests. Russia claimed that these protests were backed by Western democracies and the EU. February 2014 Revolution of Dignity in Ukraine was also seen as being supported by the EU. The situation went from bad to worse with the Crimean Crisis. After the Ukrainian Revolution of Dignity, Russia via military intervention annexed the Crimean Peninsula in March 2014. This was a step towards increasing the regional power of Russia. As a result, March 2014 started a period of restrictive measures against Russia by the European Union. These restrictive measures took many forms. Russia was excluded from G8. Russia’s induction into OECD and International Energy Agency was stalled. Bilateral summits between the EU and Russia also got deferred. Furthermore, economic sanctions targeting specific economic sectors were put in place. As a retaliation to these sanctions and restrictions imposed by the EU and certain western countries, Russia too responded with counter-sanctions on agricultural goods, raw materials and food.

Poisoning of the Russian opposition leader Alexei Navalny in August 2020 further deteriorated the relations. As a result, in March 2021 new sanctions were imposed on senior Russia officials by EU and US. In a retaliatory action Russia banned senior EU officials in April 2021.

Presently, the EU-Russia relations have reached their lowest level. From here it is going to be a tightrope walk for both Russia and the European Union. The basic conflict arises due to the inability of Russia to shrug off its Soviet era pride. Russia is not ready for a secondary role in the European Union. Moreover, the EU and Russia follow different schools of thought when it comes to international relations. The EU adheres to Liberalism and Russia prefers Neorealism. The European Union and Russia’s relationship is fraught with more downs than ups. But there is no denying the fact that both of them long for a more harmonious relation with each other. The bright spot in this topsy-turvy EU-Russia relationship is that both the European Union and Russia have a continental vision of Europe. Notwithstanding the fact that at present Russia prefers to be a free agent, the continental vision of Europe is going to act as catalyst of better EU-Russia relations.

Post Views: 137
Previous Will Turkey use Syrian mercenaries in Kabul?
Next America’s Afghan War Is Over, So What About Iraq – and Iran?