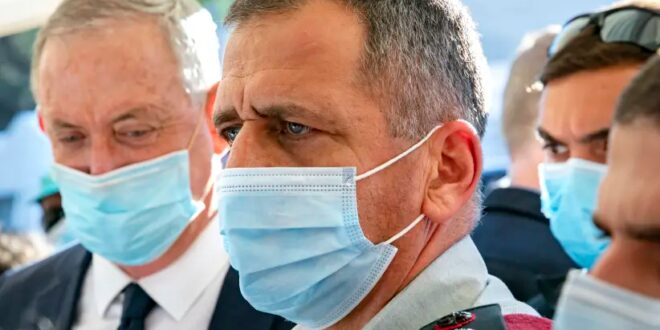 Israel considers Iran’s nuclear program as the number one concern. It would take one year to make a nuclear bomb – intel reports.

The Israeli military has reportedly asked for a major budget increase so that it can strengthen its attack capabilities should it need to attack Iran’s nuclear program.

The request, worth billions of shekels, was made during preliminary discussions on the budget, KAN public broadcaster reported on Wednesday.

Israel considers Iran’s nuclear program as the number one concern and, according to recent intelligence assessments, if the Islamic Republic does decide to renege on the agreement, it would take one year for it to produce enough fissile material to make a nuclear bomb.

According to Israeli assessments, Iran is less than a year away from a nuclear weapon and has accelerated its nuclear enrichment activity.

On Wednesday, Iran’s outgoing President Hassan Rouhani said that Tehran could enrich uranium up to 90% purity if its nuclear reactors needed it.

Iran has always denied seeking nuclear weapons but it is believed that the terrorist-supporting country is continuing to develop the capabilities to produce a nuclear weapons arsenal as well as ballistic missiles capable of carrying nuclear warheads.

The KAN report said that in recent talks between senior American and Israeli officials, including Prime Minister Naftali Bennett and Defense Minister Benny Gantz, Israel’s freedom of action was emphasized as being non-negotiable.

In an article published in Israel Hayom on Thursday, Gantz said that Israel must be able to protect itself and thwart enemy actions.

Netanyahu has “many merits to his credit with regards to Israel’s security, but the outspoken way with which he dealt with the United States damaged our ability to prevent the Iranians from advancing their nuclear capabilities,” he wrote. “In the last few years of his tenure, Iran moved substantially forward with its nuclear program, and Netanyahu’s stance endangered our position in the eyes of the Americans as a country that enjoys bipartisan support.”

In a speech Wednesday night during the graduation ceremony for Israel’s National Defense College, Gantz called for Israel to step up preparations should Iran obtain a nuclear weapon.

“Against the greatest threat – Iran arming itself with a nuclear weapon – we have no choice but to expand our force build-up, to continue to rely on our human capital and to adapt our capabilities and our plans,” he said.

In his speech, the defense minister called on the government to allow the country’s security services to “maintain military superiority, which allows our existence and our efforts to obtain peace,” which is not “a privilege but a real existential need.”

“All of these threats demand that we speed up and increase our preparedness to carry out our mission with an iron wall of action – and not to get by with just words,” Gantz said.

Post Views: 192
Previous Iranian dissidents to visit Israel next week – why?
Next IDF concerned crisis in Lebanon could have repercussions along the border