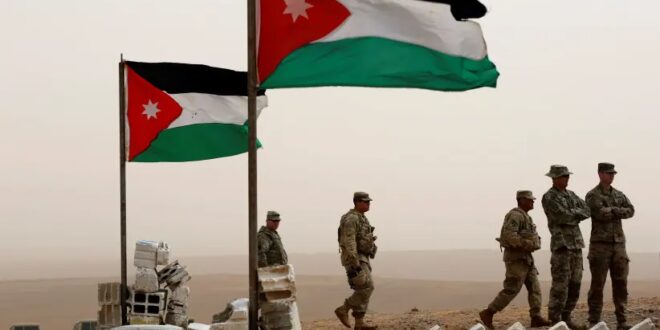 What can we expect from Biden and King Abdullah’s first meeting?

The meeting on Monday between President Joe Biden and King Abdullah is the first in a series of meetings with Middle East leaders.

President Joe Biden and King Abdullah enjoy a decades-long close relationship, nurtured over many years while Biden was both in the Senate and vice president, says Lucy Kurtzer-Ellenbogen, director of the Israeli-Palestinian conflict program at the US Institute of Peace.

“But beyond that, both King Abdullah and the Biden administration have a mutual interest in shoring up the kingdom’s stability at a time when Jordan faces some strong domestic and regional challenges. The significance of being one of the first leaders to be invited to Biden’s White House is to signal that the administration’s long-standing allies matter. This in and of itself can go a long way to buttressing the king’s domestic and regional position, and strengthening a key bilateral relationship.”

The meeting on Monday is the first in a series of meetings with Middle East leaders. Iraqi Prime Minister Mustafa al-Kadhimi will meet Biden at the White House on July 26, and Prime Minister Naftali Bennett is expected later this summer.

“While the Biden administration remains focused on not having the Middle East consume his foreign policy agenda, these upcoming visits may highlight a recognition that to preserve and pursue the regional stability that is in the US interest – and avoid the need for constant firefighting – tending key relationships can go a long way toward fireproofing traditional flash points,” says Kurtzer-Ellenbogen.

“A robust push to the negotiation table on the Israeli-Palestinian conflict is not likely in the cards, or even an interest of the parties and key stakeholders like Jordan,” she continued. “However, the US and Jordan do seem to share a view that re-centering the two-state solution as the political horizon for the conflict is a national security interest. Beyond that, King Abdullah will undoubtedly have in mind steps beyond the re-articulation of that formula that he would like the US to take or push for, to address conflict drivers, particularly around Jerusalem. How much ground can be covered in this first meeting is unclear, but certainly the issue will figure prominently on the two leaders’ agenda.”

“New leadership in Israel seems to have also opened some space for strengthening bilateral Jordanian-Israeli ties after years of strain, with recently concluded water and trade agreements between the two countries,” Kurtzer-Ellenbogen noted. “The Biden administration has already praised these deals and will no doubt encourage further mutually beneficial cooperation between these two key US regional allies.”

She went on to say that “the opportunity and optics of the White House meeting in itself goes a long way to achieving a key goal of King Abdullah on this trip: a clear signal that the traditionally strong US-Jordan relationship is on solid ground and the US administration considers the Hashemite Kingdom a key ally in pursuit of Middle East stability.”