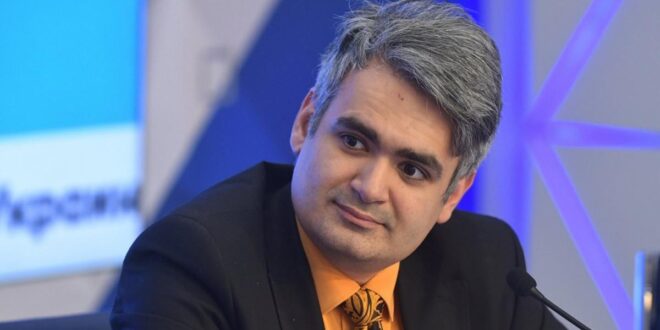 China, which shares a border with Afghanistan, is making preparations for a Taliban takeover of the country. China’s first preference will be to work with the new rulers and is signaling its population that despite the country’s outspoken policy against Islamists, it, unlike others, adhered to a non-intervention policy. It also prepared its public for a Taliban-friendly policy by citing Taliban spokesperson Suhail Shaheen, who called China a “friend” to Afghanistan and hopes to talk to Beijing about investing in reconstruction work. Most importantly, China cited Shaheen’s assurances that Afghanistan would not serve as a launching pad for attacks on other countries: “People from other countries who want to use Afghanistan as a site [to launch attacks] against other countries, we have made a commitment that we will not allow them, whether it’s an individual or entity against any country including China.”

The Chinese Communist party’s mouthpiece Global Times, reciprocated with the following assurance: “However, we believe that China will use its influence very carefully. China will not go to Afghanistan to fill the vacuum left by the US troops’ withdrawal. The US forcibly invaded Afghanistan and once ambitiously tried to transform it and lead the country’s reshaping. China’s positioning as a friendly neighbor of Afghanistan will not change, nor will it change the basic principle of non-interference in Afghanistan’s internal affairs. We will only provide necessary help within our capabilities, and we will never dominate Afghanistan.”[1]

Another possible sign in the wind was the July 21, 2021, announcement by Chinese Foreign Ministry spokesperson Zhao Lijian that senior diplomat Yue Xiaoyong will replace Liu Jian as Special Envoy for Afghan Affairs.

Yue previously served as Chinese ambassador to Qatar, Jordan and Ireland and according to the announcement “will establish a working relationship with colleagues from relevant parties as soon as possible and maintain close communication and coordination.”[2] Yue’s posting in Doha, the political center of Taliban diplomacy, may have prompted his appointment.

Looking on approvingly from Russia at this courtship between China and the Taliban was international affairs expert Gevorg Mirzayan. Mirzayan believed that contrary to Western hopes, China would not play the fool and repeat the mistakes of the Soviet Union and the United States, by intervening in Afghanistan. Instead it would bet on Pashtun nationalism that regarded the presence of armed foreigners with hostility, be they Americans or Arabs. China could also count on Afghanistan’s need for Chinese investment to rebuild the country.

“Against the backdrop of the shameful US withdrawal from Afghanistan, American experts are asking the question, ‘Who is next in line for the ‘Graveyard of Empires’?’ There answer is that the Chinese will follow the Russians and Americans.

“‘China’s leaders are probably the most ambitious in the world. And it will be difficult for them to turn a blind eye to Afghanistan, especially in view of the fact that the country is one of the 14 states that borders the PRC by land. China is an empire, and its imperial conquests were performed in the western lands that border Afghanistan…The temptation for the Chinese imperialists looks irresistible,’ wrote Gordon Chang, an American expert on China. According to Chang and his like-minded supporters, the outcome of China’s intervention in the country, will be truly catastrophic for the PRC. Beijing will leave behind its resources, people and (what’s most important for Washington) its ambitions for global dominance in the ‘Afghan graveyard.’

“We will not argue about the beautiful US cravings but they are just cravings. Contrary to all the Western experts’ hopes, China is not about to emulate the Soviet and American experience and become the third empire to be buried in the ‘Afghan graveyard.’ ‘China is a friendly neighbor of Afghanistan, and the PRC won’t change alter that role. China will respect the basic principle of noninterference in Afghanistan’s internal affairs. We will do our best to provide the necessary assistance, but we will never aspire for dominance in Afghanistan,’ reads The Global Times article.

“And this is a very, very wise stance; wise, balanced, and based purely on the Chinese national interest.

“The Chinese are not going to enlighten the Afghani population, let alone engage in building the state or any government institutions there, because all these things can be constructed more or less successfully provided there is corresponding ‘mental foundation,’ i.e. provided the people possess a ‘state consciousness.’ The Afghan people, however, possess tribal and clan-based consciousness, thus state building there will be done on shaky ground, which will suck ever-increasing resources without any positive result.

“The Chinese are not going to occupy Afghanistan in order to dominate there. Beijing understands that firstly the PRC’s resources are limited, and second, the Chinese elites don’t consider Afghanistan to be ‘their’ territory (in contrast, for instance, to the Southeast Asian region, which, according to Beijing, is an exclusive sphere of Chinese influence). Yes, China has interests in Afghanistan, but there also Iranian, Russian, Turkish, Pakistani, Indian and, of course, American ones too. So what reason should induce China to hog the limelight, squander resources and quarrel with neighbors, who are displeased by excessive Chinese activity?

“The intervention in Afghanistan would make sense, if the PRC would had some global goals and objectives in the country, that required a full intervention. But such goals do not exist.

Its Simpler To Negotiate

What do the Chinese want from the country’s authorities? Not much!

“First, [the PRC wants] the Afghan authorities (whether the Taliban or anybody else) to withhold support for Uighur separatists in Chinese Xinjiang in terms of moral, financial, and territorial assistance (i.e. by making Afghan lands bordering Xinjiang available as a base for Uighurs fighting Beijing.) And it seems the Taliban are not enthusiastic about this either. True, they are Muslims, but they are also Pashtun nationalists, and the Uighurs are still alien to them (unlike the international jihadists or politicians like Erdogan, who aspire to dominance in the Islamic world). Furthermore, the Sino-Afghan border is only about 80 kilometers long. Thus it is not complicated to control the border without invading Afghanistan.

“Second, the Chinese do not want the Afghan authorities to attack the Central Asian republics. This goal is more complicated, because, for instance, the Taliban hate Emomali Rahmon [President of Tajikistan], who supports the movement’s enemies among the Tajik warlords in Afghanistan. Thus, his immunity will be a topic for negotiations [with the Taliban]. Russia [as well as China] is also interested in multilateral negotiations addressing the inviolability of the Tajik border. So in this regard, Beijing may well rely on Russian diplomatic aid.

“And thirdly and finally, the Chinese require that Afghanistan should avoid becoming a source of Islamism in the region. Kabul can pass any Shari’a law it desires, after all it’s their right, but the country’s authorities shouldn’t try to introduce religious radicalism to Central Asia. The Central Asian region is perceived by China as its ‘backyard,’ as a source of energy products and as a land transit route for the export of Chinese goods to Europe, which bypasses American naval bases and aircraft carriers. The China needs only secular, stable (even if not democratic) states in the region.

“However, if China decides to deal with this issue through attempts at regime change in Kabul, or via international intervention (for instance, upon a UN Security Council decision to deploy peacekeepers in the country, which may include a Chinese contingent), it will pour kerosene on the Islamization of Central Asia. In the case of war, various jihadists and terrorist groups will move to Afghanistan, wishing to prove their strength in a war with the infidels. Such groups will establish themselves in Afghanistan, get entrenched and will pursue their own interests, including the use of Afghan territory as a staging ground for operations in the region.

“But if there will be no intervention, the foreign jihadists will have a tough time on Afghan lands. Because anyone, who comes to Afghan lands with weapons (be he an American or an Arab) is an interventionist for the Pashtun tribes, with all the ensuing consequences that such status confers. So if one leaves the Taliban alone, if one negotiates with them, then they themselves can expel the jihadists from their territories.

“The key word here, of course, is to ‘negotiate.’ Some would claim that the Taliban are terrorists, with whom one shouldn’t negotiate, that any signed agreement won’t be observed by them, since being Muslims, they do not consider agreements with infidels to be binding. However, this is an excessively pessimistic opinion. The Taliban is willing to negotiate with China, not because they love the country, but because they really, really need it.

“After all, under current conditions, few people are rich enough to willingly invest more or less serious assets in their country, while the Chinese, according to some reports, can invest billions of dollars in Afghanistan. Moreover, the PRC in so doing won’t put make political conditions drawing Afghanistan into alliance against a third state (in contrast such conditions are put forward to the Taliban by their Western, Pakistani or Indian partners).

“This is why the Taliban have already stated that they regard the Chinese as friends. The movement claimed that it won’t allow the Afghan lands to be used against China, and welcomes possible Chinese investments. In addition, the Taliban is ready to provide security of both these investments and those actualizing them namely the Chinese workers and managers, who will work to rebuild Afghanistan.”