Shanghai Cooperation Organisation: The Only Way To Tame A Belligerent Taliban – Analysis

A resurgent Taliban is in haste to recapture power in Afghanistan and is making advances across the war-torn country following the winding down of US military operations and the steady withdrawal of troops from Afghanistan. The Taliban has made headways within their traditional strongholds of the south and also in the northern districts of Mazar-e-Sharif. The Taliban have encircled the provincial capitals, seized vital border crossings, and restored rules like no smoking and no shaving. They have barred women from going out unless accompanied by a male. The Taliban has also ordered all imams to provide a “list of girls above 15 and widows under 45 in captured areas to be married to Taliban fighters.”

The Taliban’s resurgence, replete with its hardline interpretation of the Holy Quran, is not only an outcome of appeasement by the US administration under Trump and Joe Biden but the divergence of the regional powers dealing with Taliban. Though all regional powers can work together under the Shanghai Cooperation Organisation (SCO), the parochial interests of some countries are making things murkier for long-term peace and stability in Afghanistan and beyond its borders.
Regional powers and Taliban

The regional countries with geo-strategic, geo-economic and security stakes have been facing a dilemma ever since President Biden announced a complete military exit from Afghanistan. Except for India, most of the regional powers have confidentially met the Taliban, and some have used them for their own geo-strategic and security interests in the region. For example, Tehran and Moscow helped the Taliban, after 2019, on the pretext of Islamic State affiliates in Afghanistan. They used the terror outfit to settle scores with the US. The Taliban has visited Tehran and Moscow, held talks with the respective governments, and even facilitated the intra-Afghan negotiations in their respective countries.

Pakistan used a dual strategy by backing the US-led military operations and giving sanctuary to the Taliban. From 2002 onwards, the security establishment of Pakistan helped the Taliban through recruitment and donations via different religious groups. On 16 July, Afghan President Ashraf Ghani said in Uzbekistan that Pakistan had not severed its ties with terror groups and more than 10,000 fighters entered Afghanistan within one month. Before starting the intra-Afghan peace process, a Taliban delegation from its political office in Qatar, headed by Mullah Baradar and the deputy emir responsible for political affairs, visited Pakistan. They held meetings with Pakistani officials, including Foreign Minister Shah Mahmood Qureshi. The relations between the Taliban and Pakistan’s military establishment were further exposed when a Taliban dignitary in the outfit’s political office in Qatar admitted that Pakistan’s Inter-Services Intelligence (ISI) was deeply involved in every decision made by their office.

The reasons were evident as Pakistan felt strategic encirclement given New Delhi’s diplomatic and commercial presence in Afghanistan as the most significant contributor for the reconstruction of the war-torn country. India has consistently remained committed as a facilitator of peace and economic development of the Afghan people and remained aloof from the Taliban, given the proxy war it faces in Jammu and Kashmir. However, there are reports that New Delhi has recently tried to reach out to some factions of the Taliban in the backdrop of the changing security situation in Afghanistan.

China, on the other hand, used a “narrow approach” and “self-driven diplomacy.” Beijing’s engagement with the Taliban dates back to the 1990s, when the northwestern Chinese province of Xinjiang became volatile. Given the contested histories, separatism, violent extremism and centrifugal tendencies, Xinjiang’s Uyghur Muslims started anti-China agitations in 1980, 1981, 1985, and 1987, culminating in the Baren incident of 1990. China’s ambassador to Pakistan, Lu Shulin, met Taliban leader Mullah Omar in 2000 and courted the Taliban and other terror groups to contain any “spillover” of terrorism to Xinjiang. Mullah Omar promised that the Taliban would not allow Uyghurs to launch attacks on China in Xinjiang, but they will continue to remain in the Taliban ranks. Subsequently, when President Trump cancelled the talks with the outfit in 2019, Beijing hosted a Taliban delegation led by Mullah Abdul Ghani Baradar.
Can the Taliban keep their promises?

The Taliban has offered lip service to the US and its allies to prevent “international terrorist groups or individuals,” including al-Qaeda and ISIS-K, from using Afghan soil. The Taliban has also offered similar assurances to Russia, Central Asian nations north of Afghanistan, China, and Iran on toleration of the Shia sect. Subsequently, however, the regional powers are sceptical of the Taliban given its behavioural change from the last two months.

On 7 July, China once again blamed the US for its hasty withdrawal and warned that Afghanistan could once again become “the region’s powder keg and a haven for terrorism.” Similarly, the Central Asian republics with porous borders with Afghanistan faced a peculiar situation when 1,037 Afghan servicemen from Badakhshan province crossed the borders. This infiltration forced the President of Tajikistan to mobilise 20,000 reserve troops at the border. He also requested the Collective Security Treaty Organisation (CETO) for assistance. In May 2021, blasts hit Shiite Hazara dominated areas of Western Kabul in which at least 50 people were killed and more than a hundred wounded. No group took responsibility for the attack, but the Afghan government blamed the Taliban.

The violence in the streets of Afghanistan perpetuated by the Taliban and capture of power by them shows the first signs of their lip service towards the talks on intra-Afghan negotiations for the political settlement.

Ahmed Rashid, the journalist and author of Taliban: Militant Islam, said that “conflict can suck in the neighbouring countries.” Countries like Iran, Central Asian Republics, Pakistan, and China in Xinjiang will bear the immediate impact, while India and Russia will face security and terrorism challenges. Furthermore, as regional groups resist the Taliban and its violence, Afghanistan will become a magnet for terror groups from all over the globe who will use the ensuing civil war for their ends. Given this situation, the Shanghai Cooperation Organisation (SCO) can help the region craft a coherent approach to deal with the Taliban.
SCO can tame a belligerent Taliban

Formed in 2001, the SCO is a regional organisation currently comprising eight member states of China, India, Kazakhstan, Kyrgyzstan, Russia, Pakistan, Tajikistan, and Uzbekistan. With Afghanistan, Iran, Belarus, and Mongolia as observer states, the SCO has mainly focused on regional security issues. The SCO and Regional Anti-Terrorist Structure (RATS) have been at the forefront to fight terrorism, separatism, and regional extremism. As Afghanistan faced a peculiar situation after 2001, the SCO created the Afghanistan Contact Group in 2005, which became defunct with the escalation of violence in West Asia. However, after the US-led NATO started withdrawing troops, the Kabul government viewed the organisation as an alternative venue for regional peace and prosperity.

After 2017, the Afghanistan Contact Group was revived and started playing a role in reconciliation and peace through diplomatic channels with both the Taliban and civilian government in Kabul. All SCO members, including New Delhi, after 2017, tried for the much-needed peace, stability, and prosperity of Afghanistan. However, all the regional powers except the Central Asian countries and India used Afghanistan and the Taliban for their parochial geostrategic and geo-economic interests against the West and each other. This double game has only worked in favour of the Taliban.

In a recent meeting of the SCO Contact Group on Afghanistan in Dushanbe, all members reaffirmed to settle the conflict in Afghanistan through dialogue and pitched for an inclusive Afghan-led and Afghan-owned peace process. India’s External Affairs Minister Dr S. Jaishankar also highlighted this consensus through New Delhi’s three-point road map on Afghanistan. The SCO member states, including the observer state Iran, need to revisit their divergent policy towards the Taliban in the interest of regional peace and prosperity. If the SCO countries do not converge on the Taliban, the prevalence of peace in Afghanistan as well as in the neighbouring countries will be hard to find. 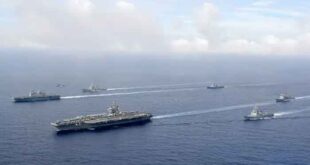 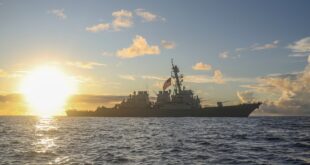 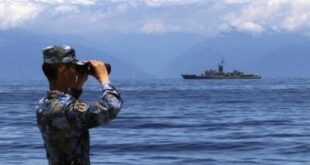