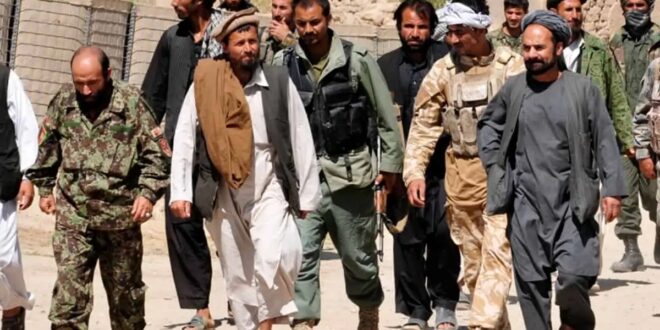 Taliban active in Pakistan too, retain links with Al Qaeda

New Delhi: Afghan Taliban and their local associates are active in Pakistan’s border regions, sources told VOA as Pakistan has acknowledged that bodies of militants killed in Afghanistan arrive in Pakistan, and wounded Taliban are treated in local hospitals.

In a June 27 interview with Geo News, a local Pakistani channel, Pakistani Interior Minister Sheikh Rashid Ahmed admitted that the Afghan Taliban’s families reside in Pakistan, adding that “sometimes their dead bodies arrive, and sometimes they come here in hospitals to get medical treatment”.

Locals and eyewitnesses on the ground with knowledge of Taliban activities in Pakistan have confirmed to VOA that the militants enjoy sanctuaries in Pashtun areas of Balochistan province.

A resident of Kuchlak, 25 km from the southwestern city of Quetta, the capital of Balochistan, told VOA that not only do the Taliban have their bases in madrasas and seminaries in the Pakistani province, but they also “collect donations in the mosques”.

The resident, who did not want to be named because he fears retaliation by the militants, said some residents of the town of Kuchlak are in the ranks of the Taliban.

“Locals from all the tribes (living in the town) are with them, saying that they are conducting jihad to establish the Islamic Emirate of Afghanistan,” he added.

Kuchlak is home to several madrasas and seminaries linked to the Taliban. In August 2019, the younger brother of Taliban leader Hibatullah Akhundzada was among four killed in a bomb blast in a seminary mosque in the town.

The Afghan government and the US have long blamed Pakistan for not acting against the Afghan Taliban’s sanctuaries in Pakistan.

“Once they’ve gone back, and then there is cross border movement, we can be held more responsible for that,” Qureshi said.

Pakistani newspaper Dawn reported Sunday that police in the city of Peshawar are investigating videos shared on social media, showing a group of people on motorcycles holding Taliban flags and chanting for the militants during a funeral.

The resident of Panjpai, a village near Afghanistan 85 km west of Quetta, told VOA that funerals and prayers for those killed in the fighting in Afghanistan are regularly held in the town.

“Funerals are held. (The Taliban) make speeches at funerals and congratulate families for their martyrs,” he said.

He added that a funeral and prayers were held for the son of a tribal leader who was killed while fighting alongside the Taliban in Afghanistan.

“He and his father were both with the Taliban. His father returned home for Eid, but his son stayed in Afghanistan and was killed,” the resident said, adding that locals claimed (the son) “was killed in a drone attack”.

In videos shared on social media and obtained by VOA, hundreds of people took part in the funeral where the Taliban’s white flags were displayed.

VOA could not independently verify the authenticity of the posted videos.

A local journalist who also requested anonymity said slain Taliban are brought to be buried in cemeteries in Quetta and surrounding areas, including Kuchlak, Duki, and Pishin.

“Prayers are held in the mosques. Everyone in the area knows it,” the journalist said.

The report said Sayed Nazir, a retired Brigadier of the Pakistani Army, said “Pakistan has admitted” to the presence of the Taliban in Pakistan.

“Their houses, their families or their children (are in Pakistan). They have access to education and health care,”said Nazir, adding that Pakistan has leverage over the group.

The report charged that Al Qaeda is active in the border areas between Afghanistan and Pakistan and operates under the Taliban in Afghanistan.

“The group is reported to be such an ‘organic’ or essential part of the insurgency that it would be difficult, if not impossible, to separate it from its Taliban allies,” the report said.

The report added that most of the members of Al Qaeda in the Indian subcontinent are Afghans and Pakistanis.

Colin Clarke, senior fellow at the Soufan Center, said it will be “difficult to defeat” al-Qaeda if it becomes “predominately (an) Afghan-Pakistani phenomenon”.

“That is extremely worrisome for the durability and longevity groups like Al Qaeda, particularly in South Asia,” said Clarke. He added that without troops on the ground, the US will not have the same leverage.

“If Afghanistan does descend back into a civil war, the Taliban need Al Qaeda. They need to team up with them against the Afghan government, against potential rivals like Islamic State,” he said.