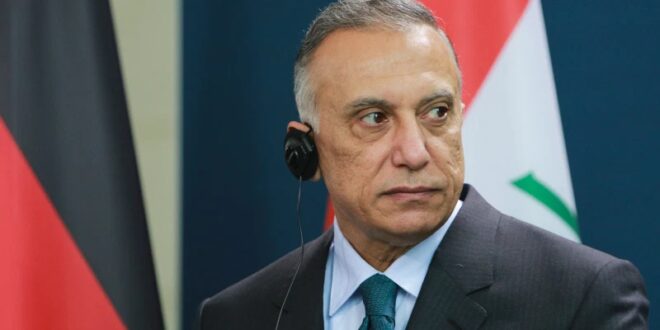 Will Biden and Kadhimi Produce Platitudes on Iraq?

At the White House on Monday, the Iraqi leader needs a guarantee that Biden won’t use Iraq’s independence as a pawn in negotiations with Iran.

At a military parade in Baghdad in late June, Iraqi Prime Minister Mustafa al-Kadhimi saluted the Popular Mobilization Forces, an umbrella group of largely Iranian-backed militias. Smiling broadly, he had his arm around the militia group’s deputy chairperson, Abdulaziz al-Mohammadawi (known as Abu Fadak), who was sanctioned by the U.S. Treasury Department in January.

Exactly one month later, Kadhimi will arrive in Washington, where he is expected to meet with U.S. President Joe Biden on Monday. Will Kadhimi be smiling just as broadly? In their public statements, the two leaders will likely repeat familiar diplomatic platitudes, including their continued commitment to fighting terrorism and maintaining Iraqi sovereignty in the face of outside meddling. However, Biden, Kadhimi, and everyone in attendance will know full well the threat of terrorism will keep growing without a clear strategy to curb it and Iraqi sovereignty is being breached every day—including by the Iranian-backed militias that paraded before Kadhimi in June.

Post Views: 276
Previous The Final Nail in the Coffin for Privacy? The Saga of the NSO Group’s Spyware
Next Tunisia’s president accused of ‘coup’ after dismissing PM