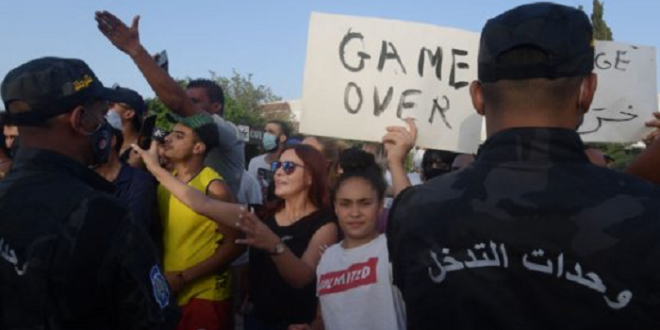 Is It Game Over for Tunisian Democracy?

In a move critics are calling a “coup d’état,” Tunisian President Kais Saied late Sunday gave a pink slip to the man he appointed exactly one year earlier to head the government, Prime Minister Hichem Mechichi, dismissing the rest of the cabinet and freezing the activities of parliament for 30 days.

The most comes a day after mass nationwide protests broke out against the government and parliament’s largest party, the moderate Islamist Ennahda.

The causes of discontent in Tunisia – political dysfunction, corruption, and an ongoing economic crisis exacerbated by the coronavirus pandemic – are familiar to those who follow politics across the region, from Algeria to Lebanon to Iraq, with echoes in Israel, Iran, and elsewhere.

Tunisia is considered a relative success story, emerging from the Arab Spring as a nascent, though flawed, democracy, third only to Israel and Cyprus in terms of the protection of civil liberties and political rights. But COVID-19 has hit especially hard; the North African country has the highest death rate from coronavirus in the MENA region.

Saied says his move is temporary and consistent with the 2014 constitution’s Article 80, which gives the president emergency powers “in the event of imminent danger threatening the nation’s institutions or the security or independence of the country, and hampering the normal functioning of the state.”

The article allows the president to “take any measures necessitated by the exceptional circumstances.” It remains to be seen if he’ll steer Tunisia back onto a democratic track or if the takeover signals a return to authoritarian rule. 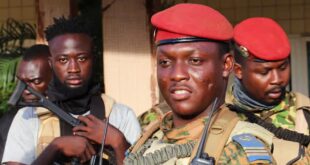