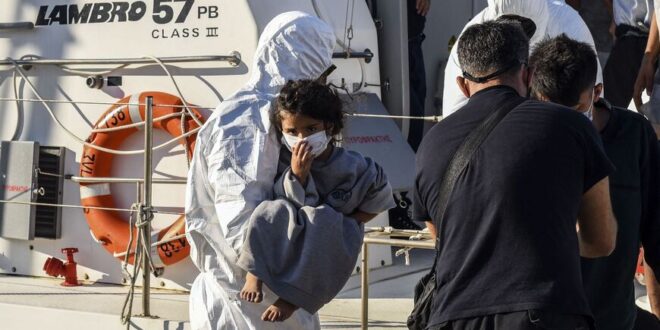 Eight migrants are still missing after their boat bound for Italy sunk southwest of the Turkish town of Kas.

Search-and-rescue operations are underway in the Aegean Sea after a boat carrying 45 migrants sank off the southern coast of Turkey, Greek and Turkish officials said Friday.

The state-run Anadolu Agency quoted the Turkish Defense Ministry as saying two frigates and maritime patrol aircraft had joined the search efforts for eight missing passengers from the boat that sank at 9:10 p.m. local time Thursday.

According to Turkey’s Transport and Infrastructure Ministry, the boat was bound for Italy when it ran out of fuel amid severe weather conditions some 161 miles (260 kilometers) southwest of the Turkish seaside town of Kas.

Greek port police told Agence France-Presse that 37 people, mostly from Iraq and Syria, were rescued near the Greek island of Crete. Of that group, five were reportedly taken by helicopter to the Greek island of Karpathos and 30 others were transported to a town in southeast Crete.

Anti-immigrant sentiment runs high in Turkey, a gateway country for refugees and migrants seeking a better life in Europe. The country has recently seen an uptick in migration from Afghanistan amid the withdrawal of US and NATO forces from the country.

In 2016, Turkey and the European Union reached a deal for Ankara to curb the flow of Europe-bound migrants in exchange for financial assistance. Turkey is home to roughly 3.7 million Syrian refugees who fled the country’s decade-long civil war.

On Wednesday, Turkish President Recep Tayyip Erdogan said his government won’t send back Syrian refugees in Turkey to the regime-controlled parts of their home country, where they risk military conscription, arrest or death. The leader of the main opposition Republican People’s Party has vowed to return Syrian refugees if his party takes power.

After Erdogan announced in February 2020 that Turkey would no longer stop refugees bound for Greece, the number of asylum seekers living in overcrowded camps in the Greek islands reached 40,000. The number has since dropped below 10,000, as the Greek government has relocated migrants to the mainland and other European countries.