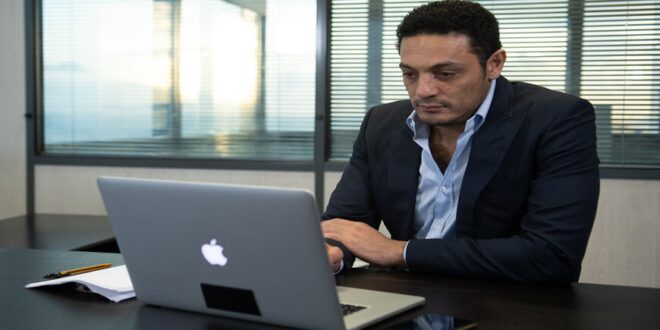 Egypt will ask Interpol to issue an arrest warrant for Mohamed Ali, a construction contractor and an outspoken critic of President Abdel Fattah al-Sisi, as it steps up its crackdown on opposition abroad.

An Egyptian court dealing with threats to national security has tasked the government with addressing the International Criminal Police Organization — Interpol — to arrest three Egyptians, including a construction contractor in self-exile, for inciting the public against the government of President Abdel Fattah al-Sisi.

On July 25, the State Security Court asked the government to take measures, including by addressing Interpol, to arrest construction contractor Mohamed Ali and Egyptian nationals Tamer Galal and Abdullah Salem for joining an unlawful organization, namely the Muslim Brotherhood, the movement of the late Islamist President Mohammed Morsi.

The court also accused the three of campaigning to hinder the application of the Egyptian Constitution and undermine Egyptian institutions and publishing false news about Egypt’s political and economic conditions.

Ali, Galal and Salem are part of a group of 15 people implicated in what is widely known as the “Joker” case.

The State Security Prosecution had interrogated the 12 others earlier and ordered their detention for 15 days, having accused them of communicating with a Brotherhood-affiliated TV channel that broadcasts from another country and lobbies to bring Morsi’s movement back to power in Egypt.

The case is one additional step in Egypt’s crackdown on political dissent outside its borders.

Dozens of Muslim Brotherhood leaders and senior members and secular opposition figures have fled to other countries since the army-backed uprising against Morsi in 2013.

Most of them have settled in Turkey and Qatar, turned to the airwaves and cyberspace and became a headache for the Sisi administration.

“These people are involved in inciting the public against the government,” Jihad Auda, a professor of political science at Helwan University, told Al-Monitor. “Almost all their campaigns are based on lies and fabrications.”

Ali, an unaccomplished actor, used to own a contracting company that implemented a number of construction projects for the Egyptian army in the past.

In 2019, he left for Spain and a short time later he accused Sisi of corruption and the Egyptian army generals of enriching at the expense of Egyptians.

He has called for staging demonstrations against Sisi several times since then. However, most of these calls for protests fell flat, with small numbers of people showing up on the streets.

Sisi countered Ali’s accusations in one of his public appearances by denying them. He also warned against the effect street protests might have on his country’s security.

Nonetheless, the same accusations triggered calls by Sisi’s supporters for arresting Ali and bringing him back home for trial.

The Joker case dates back to September of 2019.

The State Security Court accuses Ali and the 14 others implicated in the case of inciting protests in the northeastern port city of Suez.

It says the 15 encouraged members of the public to stage attacks against state institutions and government officials in the city.

The case, analysts said, proves Egypt’s determination to move ahead with its crackdown on the opposition abroad.

“These opposition figures work tooth and nail to sow the seeds of tension here,” Auda said. “This is why the government works hard to bring them back home and try them.”

Most Brotherhood leaders and senior members outside Egypt are wanted by Egyptian courts, having been indicted in lawbreaking.

Some of the leaders and senior members of the Islamist movement living in Turkey and Qatar were sentenced to death in the past for participating in the killing of policemen, including through incitement in the media and cyberspace.

Egypt has reportedly addressed some foreign governments to repatriate its nationals wanted by local courts.

The handover of these citizens, analysts said, is becoming a parameter of relations between Egypt and some other countries.

“The handover of these wanted figures will serve as a gesture of goodwill on the part of foreign governments toward Egypt,” Mohamed al-Rashidi, member of the Committee on Foreign Relations in the Egyptian Senate, told Al-Monitor. “Egypt wants to bring these people back home because the courts have already issued sentences against them.”

This issue features highly in ongoing talks between Egypt on the one hand, and Qatar and Turkey on the other.

Relations with the two countries turned sour in 2013, following Morsi’s ouster, on Egyptian accusations to them of sponsoring the Muslim Brotherhood and offering its escaped members safe refuge.

Cairo also accused Doha and Ankara of hosting or financing pro-Brotherhood TV channels that work to destabilize it and promote the agenda of the Muslim Brotherhood.

In June 2017, Egypt — along with Saudi Arabia, the United Arab Emirates and Bahrain — sent a list of 13 demands for Qatar to meet, including the handover of some Muslim Brotherhood figures, for relations with the Gulf state to return to normal, following their severing of diplomatic and trade ties with Doha.

Egypt is reportedly demanding the same thing as it moves ahead in mending fences with Qatar, following an initial reconciliation in Saudi Arabia in January.

Cairo makes similar demands for Turkey to meet as the two countries work to overcome their differences.

Ankara has already bowed to Egyptian pressures by asking pro-Brotherhood media outlets to tone down their criticism of Sisi.

This is viewed with triumph here. Nonetheless, some people still cast doubt on Egypt’s ability to fully crack down on the opposition abroad.

One of the problems that will face Cairo as it tries to approach Interpol for cooperation on the file of political opponents in other countries is that most of these opponents have acquired the citizenship of the countries where they live, especially in Turkey where most Egyptian Muslim Brotherhood leaders have become Turkish citizens, legal experts said.

Some governments will keep offering protection to Egyptian opposition figures so that they can use these figures as a pressure card against Cairo, they added.

“The problem is that most of the wanted figures outside Egypt claim that the charges leveled against them at home are politically motivated,” international law expert Salah al-Tahawi told Al-Monitor. “This can make foreign governments think twice before handing over these people.”