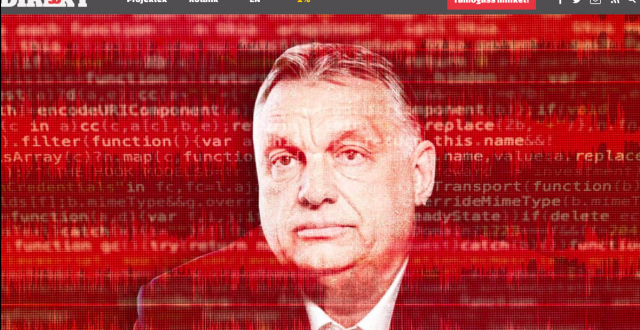 Pegasus: A Spy Story Turning into a Nightmare

The surveillance scandal and subsequent lack of government action is a national scandal that threatens Hungarian democracy.

he spyware and the covert surveillance used against journalists, civilians and an opposition mayor could be the most severe abuse of power in Hungary since the democratic transition three decades ago.

“Shocking”, “unbelievable”, “scandalous” were some of the first reactions in Hungary to the reports by an international investigation consortium of journalists from 17 countries that appeared on July 18. The National Association of Hungarian Journalists (MÚOSZ) demanded an immediate investigation and an explanation from the government: how is it possible that in a country where the Fundamental Law guarantees freedom of speech and the press, journalists doing their job can be eavesdropped on by Israeli spyware?

According to an article published on Telex by the Hungarian member of the international journalism project, Direkt36, there could be over 300 targets in Hungary of Pegasus – spyware developed by the Israeli cybersecurity company NSO Group – whose smart phones were hacked.

It is still unknown who deployed this cyberweapon against Hungarian civilians, and it has not been established who purchased this software either. However, the Israeli company claims its software can only be sold to governments with the consent of the Israeli Defence Ministry and it must be used exclusively for counter-terrorism and law-enforcement purposes. It’s assumed, therefore, that the buyer must have been a governmental body.

The international investigation consortium revealed that the spyware was used against journalists, civil rights activists, politicians of the opposition, lawyers and businessmen in at least 10 countries, which besides Hungary include Azerbaijan, Bahrain, the United Arab Emirates, India, Kazakhstan, Morocco, Mexico, Rwanda, Saudi Arabia and Togo. Forbidden Stories, a Paris-based nonprofit journalism organisation, and Amnesty International initially had access to a data leak of more than 50,000 phone numbers that, since 2016, are believed to have been selected as those of people of interest by government clients of NSO, and those two organisations shared access to this list with 16 media outlets.

Deafening silence
After this covert surveillance was exposed, any ordinary citizen would have properly expected prompt action – namely, competent government officials should have been in a hurry to declare the affair unacceptable and initiate an investigation without delay. We would have expected the prime minister to quickly disavow the incident and express his sympathy for the victims of the covert surveillance, and vow to use every legal means possible to investigate the case, the course of which he would regularly update the public on.

But none of this happened. The prime minister has remained silent, while ministers and government officials use ambiguous language as they equivocate and try to trivialize the story.

Let’s not be ridiculous, every country needs such tools.

“The Hungarian national security services do not and have not conducted any illegal surveillance since May 29, 2010,” said Interior Minister Sandor Pinter.

“I do not have any information on this presumed and alleged data collection,” said Minister of Foreign Affairs and Trade Peter Szijjarto, who then asked the civilian intelligence service he oversees to examine whether the reports were the product of a “coordinated communication action” by some unnamed secret services.

The president of the National Authority for Data Protection and Freedom of Information, Attila Peterfalvi, is on holiday until August 3 and will only decide whether or not to open an investigation after returning to office.

The prosecution service is prevaricating over whether an investigation even ought to be launched in the case (an investigation has already commenced in France, though reports suggest Moroccan intelligence was behind the Pegasus surveillance of members of the French government). The parliamentary group of Fidesz said, “The news published in the left-wing media are unfounded and only aim to create political turmoil, therefore there is no need to convene a session of the National Security Committee.”

Minister of Family Affairs Katalin Novak commented on the affair very briefly: “the government does not deal with press information”.

We consider this approach that looks down on the public and basic institutions of democracy unacceptable. We think it is incredible how insensitive the Hungarian government is and how incapable of understanding that the scandal now unfolding is extraordinarily shocking. Perhaps that is why they are trivializing it, because they know perfectly well that a great part of the Hungarian media already operates under the control of the governing party, fed by government advertising, therefore it is possible to silence or suppress the unfolding national scandal.

A test of democracy
As president of MÚOSZ, my concern is the journalists. I have to defend their interests, because this spy story is a violation of their private and professional sphere. This alone would be outrageous and unacceptable. But there is more at stake here. There is no democracy without a free press. If average citizens are being spied on while doing their job, then anybody, anytime can be targeted if those in power decide so.

Therefore, an investigation into the spy scandal is a test of democracy in Hungary. It has become clear that the legal means at hand are proving too weak to defend the people. The rules regulating intelligence surveillance are too vague.

The investigation – if initiated at all – could reveal that it is the government which stands behind this spy scandal. It instructed the surveillance based on national security. Or maybe it was not the government itself, but an overzealous body connected to the government, because they feared the stability of the country from journalists who wanted to uncover sensitive issues. This agency might even get praised, with a bit of a scolding for allowing the whole story to leak out.

Such an outcome would be a disgrace for a democratic country. So, let’s consider this the worst-case scenario. A bad dream. Let’s believe that this story will have a happy ending with the motives and the instigator uncovered and punished. Because if the worst-case scenario unfolds, then the spy story could easily turn into a nightmare, which might deal a fatal blow to Hungarian democracy.