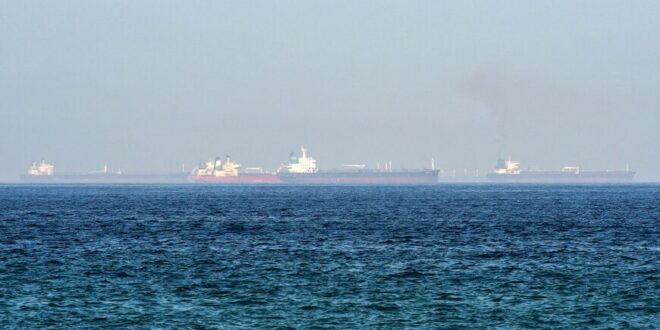 Iran, which has denied involvement in the attack on the Israeli-linked oil tanker, responded by summoning the British chargé d’affaires in Tehran.

The United Kingdom and Romania summoned Iran’s ambassadors to their countries on Monday after a suspected Iranian attack on an oil tanker off the coast of Oman last week killed a British and a Romanian national.

“Iran must immediately cease actions that risk international peace and security,” the UK’s Foreign Commonwealth & Development Office said in a statement, adding that vessels must be allowed to navigate freely.

The United Kingdom has concluded it is “highly likely” that Iran used one or more drones to target the Israeli-managed and Japanese-owned MV Mercer Street on Thursday. Two crew members died in the attack near the Omani island of Masirah.

On Sunday, Foreign Secretary Dominic Raab condemned “the unlawful and callous attack” in the northern Indian Ocean that he described as “deliberate, targeted, and a clear violation of international law by Iran.”

“There is no justification whatsoever [for] deliberately attacking civilians,” Romanian Foreign Minister Bogdan Aurescu tweeted on Monday. “We continue to coordinate with our partners an appropriate response.”

Mercer Street is managed by a UK-based company owned by Israeli billionaire Eyal Ofer. The oil tanker, which was traveling from Tanzania to the United Arab Emirates, was escorted to safety by the US Navy after the Thursday attack.

Secretary of State Antony Blinken said on Sunday that the United States is “confident” that Iran conducted the attack using “one-way explosive UAVs.”

“There is no justification for this attack, which follows a pattern of attacks and other belligerent behavior,” Blinken said in a statement.

Iran, which has denied involvement, summoned the British chargé d’affaires in Tehran on Monday.

The suspected Iranian attack comes amid heightened tensions over the country’s nuclear program and willingness to revive the 2015 nuclear deal, known as the Joint Comprehensive Plan of Action. The last round of indirect talks between Washington and Tehran ended in June and Iranian leaders have said they won’t return to the negotiating table before hard-line President-elect Ebrahim Raisi is inaugurated on Thursday.