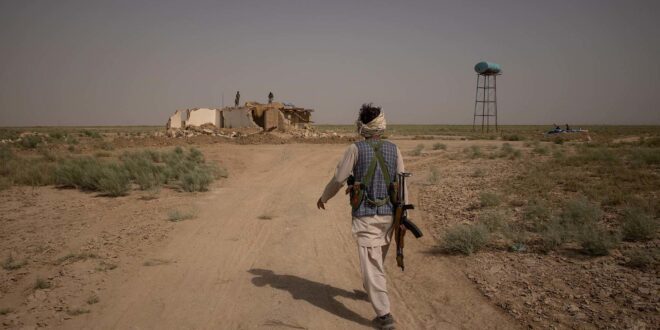 Afghanistan’s neighbors all prefer a negotiated political settlement — but are preparing for a worst-case scenario.

The Taliban’s rapid advances have caught the region and the United States off guard. The deterioration in security has forced India, along with many other countries, to retrench its diplomatic presence in the country, closing consulates outside of the capital of Kabul. There have been conflicting reports over the past month over whether or not Indian officials have engaged in talks with Taliban representatives in Qatar. Afghanistan’s neighbors all prefer a negotiated political settlement to the conflict but are preparing for the worst and could look to armed Afghan factions to protect their interests. Meanwhile, Kabul and Islamabad are blaming each other for the spiraling security situation.

USIP’s Vikram Singh, Richard Olson and Tamanna Salikuddin look at how India is approaching the evolving situation in Afghanistan, the potential for regional powers to mobilize proxy forces in the country and how the United States can mediate between Afghanistan and Pakistan as relations sour.
How is India approaching the evolving security and political situation in Afghanistan, and how does it view the U.S. decision to militarily withdraw by the end of this summer?

Singh: Indian officials have long expected and accepted that the United States could not stay in Afghanistan forever. Twenty years is a long time. They are disappointed, however, at what they see as inadequate planning and preparation. Everyone is reeling from the Taliban’s rapid military advances. Neither India nor other regional powers (nor U.S. officials, for that matter) expected to see the Taliban take control of so many districts and border crossings so rapidly. Withdrawing vulnerable personnel from regional posts in this uncertain situation is prudent. But as a major donor with over $3 billion in aid projects in Afghanistan, India needs personnel in these places to manage projects in the future if Afghanistan’s partisans ever reach a peace deal. Delhi is hoping for the best and preparing for the worst.

India supports a political solution to the war that includes the Taliban but protects the many gains of the past 20 years. If that can be achieved, India will likely remain a major source of assistance for the Afghan people. I have no knowledge of any Indian government outreach to the Taliban, but it would be in line with actions by other nations as they try to shape Taliban behavior.

Leaders in New Delhi do not expect a peace deal, however. They view the Taliban as committed to its narrow and repressive interpretation of Islam and dominance of Afghan society. If the Taliban’s bloody onslaught continues all the way to Kabul, it will spell the end of large-scale international aid, including from India. Instead, India and other regional players will look to proxies to protect their interests. The Taliban’s prize would be a broken and isolated country.
Several regional powerbrokers in Afghanistan have mobilized or re-mobilized militia forces. Many of these leaders have political ties to regional powers, including India, Iran and Russia, who may view the Taliban advance with alarm. To what extent do you see these states redirecting assistance to these favored commanders, as opposed to the central government or uniformed security services? Is there a risk of broader regional conflict if Afghanistan draws in opposing states in support of the warring parties in-country?

Olson: As a matter of formal policy, Afghanistan’s neighbors still favor a political settlement to the conflict. At recent diplomatic gatherings in Moscow, Tashkent and Tehran, various regional powers have warned the Taliban against a military takeover and called for serious negotiations. This aversion to a potential resurgence of the “Islamic Emirate,” as the Taliban labeled its regime in the 1990s, reflects the fact that many of Afghanistan’s neighbors face a domestic threat from Islamists and fear that a Taliban victory would embolden their own internal opposition groups. Even Pakistan — long the covert champion of the Taliban — worries that an outright military victory for their Afghan allies may trigger a recrudescence of their domestic enemy, the Pakistani Taliban. The countries of the region also are concerned that an intensifying civil war will create a humanitarian crisis and drive refugee flows across their borders.

But formal policy is only part of the equation. As the conflict within Afghanistan intensifies, regional states will be tempted to direct their intelligence services to activate dormant or quiescent relationships with Afghan factions they perceive to be allies who can protect their equities. There may be a tipping point when the clandestine policy overtakes the formal one — and that point is dangerously near.
Bilateral relations between Pakistan and Afghanistan have deteriorated sharply in recent weeks, with officials on both sides placing public blame on the other for breakdowns in the nascent Afghan peace process. What options does the United States have for mediating relations between the two sides and de-escalating bilateral tensions?

Salikuddin: Throughout the last 20 years of U.S. military intervention in Afghanistan, Pakistan has been an important regional player in the war. Both the United States and Afghanistan have long accused Pakistan of providing safe haven and support to the Afghan Taliban, a claim that Pakistan has denied. With the U.S. military withdrawal and the Taliban’s recent territorial gains, the relationship between Afghanistan and Pakistan has plummeted. An attack on the daughter of Afghanistan’s ambassador to Pakistan in Islamabad earlier this month has further inflamed the situation and led both sides to pull back their respective ambassadors. Given the long-standing distrust and rancor between the two countries, at this moment the United States has very limited scope to mediate relations between Afghanistan and Pakistan.

However, both countries share an interest in not allowing the worst-case scenario where a descent into full-scale civil war engulfs Afghanistan and the region. The United States may be able to bring the two countries together to discuss their respective interests and equities if the security and political situation continues to deteriorate. Moreover, while each country sees the parameters of a political settlement very differently, both Afghanistan and Pakistan have some interest in resolving the current violence through a negotiated settlement that forms an inclusive government.

While the Afghan government may remain resistant to such a negotiated settlement, the United States may be able to persuade the two countries, and others in the region, to discuss such a pathway. Moreover, the United States may explore non-interference or non-aggression agreements directly between Kabul and Islamabad as a means to broach a broader political settlement. However, any of these U.S. initiatives will have limited success as long as the Taliban is gaining ground at its current pace, the Afghan government continues to be resistant to a political settlement, and the Pakistani government offers at least tacit safe haven and support to the Taliban. 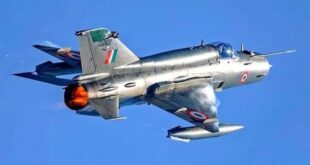 India Will Move Away From Russian Weapons, Grounds All Their MiG-21s Following Fatal Crash 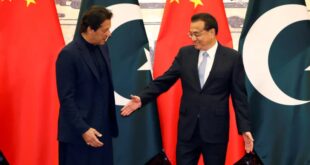 The Folly of Pakistan’s China Gamble 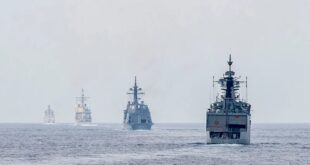 Who Will Call The Shots In The Indian Ocean?

Indian Ocean security is an enduring maritime issue. Tensions on the high seas also include …