Iran’s ambassador to the Vienna-based international Kazim Gharibabadi said Iran will not accept any limit to its exports of oil when the situation normalizes with the lifting of the most draconian US sanctions on the country.

Iran’s ambassador and permanent representative to international organizations in Vienna, Kazem Gharibabadi, reiterated the stance of Iran that the country would not hesitate to fully regain its market share once the sanctions were removed.

“Iran has always been an active and important founding member of the OPEC and we will continue our positive role in the Organization. However, we have always said that Iran will not accept any limitation on its oil production and export’ level when the situation is normalized,” Gharibabadi tweeted, responding to his Russian counterpart Mikhail Ulyanov’s tweet that hoped after the removal of the sanctions, “Iran will join efforts of OPEC+ to maintain the oil market stability”.

Tehran is facing a race against time to reclaim its standing in the global energy market as producers plan to ramp up oil production through the end of 2022. President Ebrahim Raeisi, who took office on Thursday, has said that he will seek to lift the “tyrannical sanctions imposed by America”.

Negotiations in Vienna to bring the US back to compliance with the 2015 nuclear deal with Iran have been suspended since mid-June. Iran’s traditional customers are watching the talks with interest and some companies are said to have held discussions to resume purchases.

Outgoing Iranian Minister of Petroleum Bijan Zanganeh said last month that some members of the Organization of Petroleum Exporting Countries (OPEC) were concerned about how a return of Iranian barrels to the market would affect the prices, Press TV reported.

Zanganeh said he told an OPEC+ meeting on July 18 that Iran would not hesitate to fully regain its market share once the sanctions were removed.

“Iran has always been an active and important founding member of the OPEC and we will continue our positive role in the Organization. However, we have always said that Iran will not accept any limitation on its oil production and export’ level when the situation is normalized,” Gharibabadi responded.

“This would be merely a national decision rather than a decision to be taken through joint efforts,” he added.

In their meeting, OPEC and its Russia-led oil-producing allies agreed to unleash millions of barrels of bottled-up crude that would see oil output return to pre-pandemic levels by the end of 2022. Under the deal, oil producers would ramp up production by 400,000 barrels per day every month.

has been exempt of cuts to global supply agreed between OPEC and non-OPEC members in recent years in order to shore up prices.

Petroleum ministry officials have said a removal of the sanctions could bring back 3.8 million barrels per day of Iranian oil to the market over time. They are confident of the country’s ability to increase production quickly. One senior official said recently that most output could be restored within a month.

Energy groups say the global oil market is able to absorb the additional supply relatively quickly, given rising demand for fuel as global economic activity recovers from the impact of the COVID-19 pandemic.

At least one European refiner has been cited to have held in-depth discussions with the National Iranian Oil Company (NIOC) on resuming purchases. Indian refiners have also said they plan to reduce spot purchases to make way for Iranian contract barrels.

Since April, Iranian crude production has risen a modest 50,000 bpd, while the rest of the OPEC+ alliance has hiked output by about 1 million bpd, according to S&P Global Platts estimates.

More OPEC+ crude will be coming as a result of the group’s new supply accord, and several members will be targeting the same key markets in Asia as Iran, which means the country has no time to waste in order to redeem its market share.

“We need to boost relations with OPEC members and old customers of our oil. We also should try to find new markets and customers,” he added.

NIOC has reportedly been negotiating with several Southeast Asian countries that have not typically imported its crude, including the Philippines, Thailand, Vietnam and Bangladesh, in addition to its traditional customers in China, India, Japan and South Korea, as well as Europe.

With Zanganeh having announced his retirement, President Raeisi has yet to name an oil minister. On Thursday, OPEC Secretary General Mohammad Barkindo attended Raeisi’s inauguration in Tehran and wished him the best.

Raeisi expressed his appreciation for the OPEC secretariat’ efforts in maintaining the oil market stability during the past two years, and wished Barkindo and his colleagues all the success.

“The Iranian nation won’t give up its legitimate rights, including the right to development, under pressure and sanction. Sanctions against Iranian nation shall be lifted and any diplomatic proposal to materialize this goal, is supported by us,” Raeisi told the swearing-in ceremony.

Post Views: 185
Previous US Military Base Fort Lee Preparing To Receive Up To 3,500 Afghanistans
Next Poland Should Not Stay In EU At All Costs, Says Minister 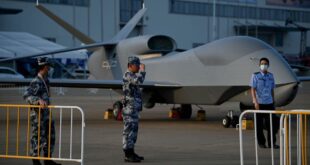 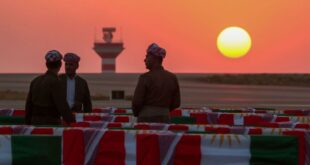