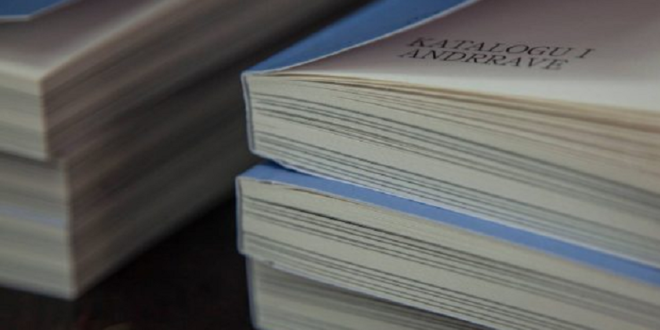 Two young anthropologists have delved into the ways Albanians have traditionally interpreted dreams – and what this says about their culture and society.

Eating honey signals sorrow and bitterness, fire signals joy, smoke signals distress while a snake means you will have an enemy the next day. Long hair signal worries, and short hair, riddance of them.

These are just some of the dream meanings as traditionally understood by Kosovo Albanians, and now collected in a book published in Pristina.

For months, two young anthropologists, Iliriana Blakaj and Bjeshka Guri, have been travelling all over Kosovo, collecting memories of the way people interpret their night-time thoughts in sleep.

Over the generations, Kosovo Albanians have created an informal index of interpretations of dreams.

Guri did not find it hard to delve into this relatively unexplored field of study.

“We all lived with our grandparents who in the morning, immediately after waking up, would say: ‘May God turn things for good because I had a dream and don’t know what it means,’” the book’s co-author told BIRN.

“Once my grandmother wakes up in the morning, she starts re-telling her dreams of the previous night. I got inspired from there,” she adds.

The two authors’ Dream Catalogue, published in both Albanian and English, presents the traditional models by which Kosovo Albanians have interpreted dreams, and offers an elaboration of ethnographic, anthropological and psychoanalytic theories about their interpretation.

“This is the first initiative to write an anthropology of dreams, which in itself tells you about people’s approach here to dreams,” Blakaj says.

“In Albanian society, speaking about dreams has been restricted to the private sphere. People speake about them, but with a bit of anxiety because they [the dreams] have usually warned them about sorrow and bitterness to come, so people are cautious,” Blakaj notes.

The book contains an index of categories and symbols of dreams, which reflect a broad consensus regarding their interpretation and a practice that has survived since antiquity.

Engraved in the collective memory and reflective of customs and ancient traditions, the book explains that these symbols represent an aspect of Albanians’ intangible cultural heritage that deserves more attention.

“The book tells of the Albanians’ mentality when it comes to dream interpretation,” Guri explains.

Blakaj says she was inspired also by her Masters thesis, which also addressed dreaming.

“I have not focused only on traditional models of dream interpretation but on a kind of generalization of treating the anthropology of personhood,” Blakaj told BIRN.

“I have looked at dreams and their traditional model [of interpretation] alongside new models with which people explore dreams in Kosovo, reflecting the way people have a sense of self and how that sense of self has been created,” she adds.

The authors say that the list of the dreams in the book represents a consensus of how respondents have interpreted them.

“The traditional model explains cultural norms, the hierarchy and the pastoral world where people cohabitated in a community not only with nature but also with animals. It shows that human status was explored in more than an individual sense,” Blakaj says.

Blakaj says the traditional model of dream interpretation seems to contain a kind of social construct, and “social constructs do not always have a logic behind them”.

“You grow up and get used to not asking about symbols … you take them for granted, the brain synthesises them in a way that it creates a self-fulfilling prophecy,” she explains.

“If many people say that seeing a snake in the dream is a bad omen, then others also experience it that way, because this is the cultural expectation,” she continues.

But do Albanians interpret dreams in a superstitious way? “There is no custom and habit that does not include an aspect of superstition,” Blakaj responds.

“Dream is a psychological and cognitive examination but, as we are seeing, it is also cultural,” she adds.

Now that Kosovo has a study of the interpretation of dreams, Blakaj and Guri want the authorities to include dream interpretation on the list of Kosovo’s spiritual heritage.

“It should be included … There are only a few documentations on spiritual heritage,” Blakaj notes.

The book itself has been realized as part of a project supported by the Swedish government and implemented by Cultural Heritage without Border, CHwB, a non-governmental organisation dedicated to rescuing and preserving cultural heritage affected by conflict, neglect or human and natural disaster.

The authors say they were interested to see how their respondents experienced dream interpretation from an anthropological perspective.

“We wanted this book to serve as a collective memory, of something that comes from the past,” she adds.

“A dream is a kind of digestion of daily information and tells much more about the past – about early childhood and inner conflicts –than anything about the future, even though many other cultures experience it [dreams] as a prediction of the future,” Blakaj says.

“The truth lies in how you experience the dream,” Blakaj concludes.

Post Views: 272
Previous Kosovo Must be Patient Over Visas – EU Representative Says
Next ‘Nationalists Want to Convince Croats and Serbs They Can’t Coexist’