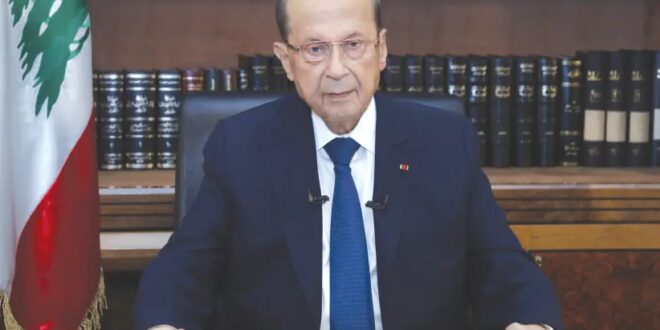 Lebanon is in Hezbollah’s clutches – opinion

Given the likely composition of the new administration, there seems no chance of Lebanon freeing itself any time soon from the dominance of Hezbollah and, in consequence, Iran.

Lebanon has been without a government since the massive explosion of August 4, 2020, blew Beirut’s port apart and, with it, Lebanon’s administrative machine. In the aftermath of the blast, Lebanese President Michel Aoun promised a swift and transparent investigation. A year later no one has been held responsible, while the inquiry itself has been subject to continuous obstruction, evasion, and delay.

Judge Fadi Sawan was appointed to conduct the investigation. On December 10 he formally charged caretaker prime minister Hassan Diab and three former ministers with negligence in connection with the blast. But Diab, who had been supported by the Hezbollah parliamentary bloc in his bid to become the designated prime minister, refused to appear for questioning. So did two of the other former ministers. They were supported by the caretaker interior minister, Mohammed Fahmi, described by the Abu Dhabi-based The National as “staunchly pro-Hezbollah.” Fahmi declared publicly that even if the judiciary issued arrest warrants, he would not ask the security forces to detain them.

Aoun, a strong supporter of Hezbollah – which reciprocates the favor – made no comment at the time, but in February, Sawan was removed from the inquiry.

He was replaced by Judge Tarek Bitar, who is known to have no strong political affiliations. On July 9, Bitar applied to question Major-General Abbas Ibrahim, head of the powerful Lebanese General Security Directorate. Fahmi refused the request.

It seems clear that the caretaker government is deliberately thwarting the investigation, and the suspicion must arise that leading figures were involved in the circumstances leading to the explosion and are being shielded. Indeed, in a report issued on August 3, Human Rights Watch declares: “The very design of the port’s management structure was developed to share power between political elites. It maximized opacity, and allowed corruption and mismanagement to flourish.”

Questions waiting to be answered include who authorized the detention of the Moldovan-flagged cargo ship, the Rhosus, in November 2013; under whose authority was its load of 2,754 tons of ammonium nitrate – which no party has subsequently claimed – off-loaded and stored in unsafe conditions on October 23 and 24; and what has since happened to some 2,200 tons of that shipment – according to a report by the FBI – the blast, massive as it was, involved only around 550 tons.

Amnesty International criticized Lebanon’s judicial process from the start. “Every step, measure or statement taken thus far,” it declared in September, “particularly by the highest-ranking officials in the country, have made it clear that the authorities have no intention whatsoever of fulfilling their responsibilities of conducting an effective, transparent and impartial investigation… An international fact-finding mechanism is the only way to guarantee the rights of victims to truth, justice and remedy.” HRW concurred. Taking into account the undue influence exercised by Hezbollah, the “state within a state”, as well as the widespread graft and venality within ruling circles, HRW believes that Lebanon‘s domestic investigation is incapable of credibly delivering justice, and has called for an international, independent probe. It believes that the blast – which killed more than 200 people, wounded thousands and inflicted billions of dollars in damage – was the starkest example yet of the chronic corruption and mismanagement that have left the Lebanese with a dysfunctional state and a collapsing economy.

In October, Saad Hariri was named by the Lebanese parliament as prime minister-designate and charged with forming a new government. For nine long months he was at loggerheads with Aoun, who wanted to pack any new government with Hezbollah-supporting ministers. Hariri flatly refused to give way; he wanted to assemble a technocrat cabinet dedicated to enacting the reforms long demanded by the World Bank, the International Monetary Fund and donor countries, such as the US and France. Finally, on July 15, Hariri resigned.

Shortly afterwards a compromise candidate as prime minister-designate emerged in the shape of one of the richest men in Lebanon, Najib Mikati. Mikati, who has served twice before as prime minister, found himself endorsed by most of Lebanon’s political parties, including Hezbollah and the other major Shi’ite party, Amal, and also by former Sunni prime ministers, including Hariri. Nevertheless, critics have called Mikati “a Hezbollah puppet,” while objecting to once again having a prime minister drawn from what they term the “corrupt political elite.” International media have cited corruption charges brought against Mikati by a judge in 2019 in a case involving accusations of illicit gains related to subsidized housing loans – charges that he terms politically motivated. The case has not yet come to trial. On July 28, Mikati announced that he had submitted to the president his list of candidates for government posts. “President Aoun approved most of them,” he announced, “and he made some remarks which are acceptable. God willing… we will be able to form a government soon.” In light of the Hariri-Aoun standoff, few guesses are needed as to the general shape of a future Mikati cabinet.

DOUBTS MUST persist as to whether it will have the ability, let alone the will, to undertake the root and branch reforms essential to restoring Lebanon‘s economic health. The World Bank pulls no punches in its criticism of Lebanon’s political elite, in which Hezbollah features so strongly. It accuses them of deliberately failing to tackle the country’s many problems, which include the economic and financial crisis, the COVID pandemic and the Beirut port explosion. In a recent report it identifies the inaction as due to a continuing political consensus that defends “a bankrupt economic system, which benefited a few for so long.”

Given the likely composition of the new administration, there seems no chance of Lebanon freeing itself any time soon from the dominance that Hezbollah has managed to acquire in the nation’s political life and the consequent malign influence on Lebanese affairs that Iran is able to exercise through its puppet. For example, Hezbollah directly claimed responsibility for a barrage of rockets fired on August 6 toward Israel – an action coinciding with Iranian aggression off the Gulf of Hormuz and the accession of Iran’s new hardline president, Ebrahim Raisi. It is no wonder that some commentators, like the UK’s policy institute Chatham House, are coming to regard Lebanon as a state controlled by Hezbollah.

Post Views: 199
Previous CIA head set to arrive in Israel – how will US tackle Iran?
Next Korčok, Kövér és a megbocsátás