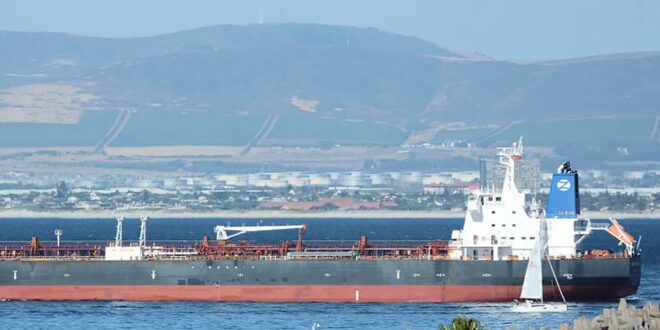 A senior U.S. official on Tuesday confirmed that the Iranian-orchestrated deadly attack on an Israeli-linked ship off the coast of Oman originated in Yemen.

Deputy Assistant Secretary of Defense for the Middle East Dana Stroul told a hearing organized by the U.S. Senate Foreign Relations Subcommittee on Near East, South Asia, Central Asia and Counterterrorism that “this was an Iran-backed one-way drone attack on the Mercer Street.”

Sen. Todd Young asked Stroul: “It’s been reported that the recent attack on the Mercer Street tanker in the Gulf of Oman originated from Yemen with Iranian-produced drones. Can you confirm those public reports?” Stroul replied: “Yes, I can confirm the reports,” detailing U.S. Central Command’s previously disclosed findings into the attack, as well as the subsequent G7 foreign ministers’ joint statement.

After the testimony, Pentagon Press Secretary John Kirby tweeted that Stroul “did not confirm Mercer Street UAV attack emanated from Yemen. She referred to Friday’s G7 statement & CENTCOM investigation which clearly attributed the attack to Iran but made no mention of a direct tie to Yemen.”

The Mercer Street is operated by London-based Zodiac Maritime, part of Israeli billionaire Eyal Ofer’s Zodiac Group. The attack cause the death of two crew members, a Briton and a Romanian.

Stroul told the hearing that “Iran is increasing the lethality and complexity of both the equipment and the knowledge it transfers to the Houthis so that they can attack Saudis and civilians,” noting that Houthis have launched more attacks at Saudi Arabia this year than in the past several prior years.

She added that Iran is arming and funding terrorist groups, non-state actors and militias across the Middle East, “all of which aim to undermine the governments and partners that we want to work with, terrorize civilians and prevent them from achieving stability.”

Stroul’s testimony follows Secretary of State Antony Blinken’s remarks at the United Nations Security Council on Monday, where he reiterated America’s confidence that “Iran conducted this unjustified attack, which is part of a pattern of attacks and other provocative behavior.”

“These actions threaten freedom of navigation through this crucial waterway, international shipping and commerce, and the lives of people on the vessels involved,” Blinken said, adding that “it is on all of our nations to hold accountable those responsible. Failing to do so will only fuel their sense of impunity and embolden others inclined to disregard the maritime order.”