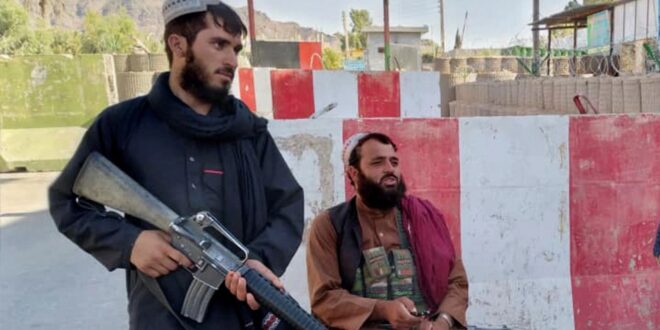 The Taliban conquered the second and third largest cities in Afghanistan, Kandahar and Herat, on Friday as part of a major offensive on the heels of the U.S. withdrawal.

The assault on Kandahar carried symbolic weight because it is the birthplace of the Taliban, from where founder Mullah Omar began conquering Afghanistan in the 1990s. Taliban militants now control over half of Afghanistan’s territory, according to the Foundation for Defense of Democracy’s Long War Journal.

“The U.S.-backed Afghan military has been no match for Taliban fighters who are taking advantage of the vacuum left by the U.S. troop withdrawal,” CBS News correspondent Roxana Saberi said. “With stunning speed, Taliban fighters are sweeping across Afghanistan.”

Tens of thousands of Afghans have fled to Kabul, sleeping in city parks and mosques, while commercial flights out of the country are fully booked, according to the Wall Street Journal.

“The Taliban don’t care about people, they just like war, and now you see the city filling up with displaced people,” Yama Rashid, a 29-year-old mobile-phone card salesman, told the Journal. “They say that the U.S. is going to help people who worked for them. But what about the rest of us? Should we just burn?”

Meanwhile, the Pentagon announced on Thursday that it would send 3,000 American troops to facilitate a partial evacuation of the U.S. Embassy in Kabul.

Post Views: 405
Previous Algeria sentences journalist to 8 months in jail
Next Can the Taliban Be Stopped? Three Scenarios for What’s Next in Afghanistan