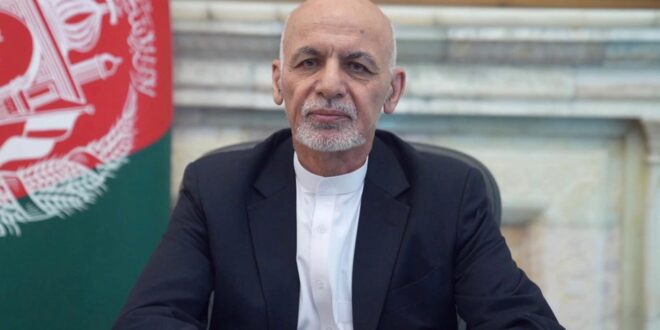 “That’s it. It’s over,” a U.S. official told Fox News regarding the withdrawal.

“The former president of Afghanistan left Afghanistan, leaving the country in this difficult situation. God should hold him accountable,” Abdullah Abdullah, head of the Afghan National Reconciliation Council, said in a video posted online. The council was tasked by Ghani with handling government negotiations with the Taliban.

“There is an agreement that there will be a transitional administration for orderly transfer of power,” Mirzakwal said.

There were no reports of fighting in the capital, an Interior Ministry official told Reuters. However, armed Taliban militants were seen in the streets of Kabul and in Afghan security vehicles, NBC News correspondent Richard Engel wrote on Twitter.

“We want to enter Kabul with peace, and talks” with the Afghan government “are underway” Taliban spokesman Zabihullah Mujahid said.

U.S. Secretary of State Antony Blinken said the U.S. is taking steps to evacuate remaining Embassy staff and other personnel, in comments to ABC’s This Week. “This is manifestly not Saigon,” Blinken insisted, referring to the evacuation from the U.S. Embassy in Vietnam in 1975.

The Taliban offensive that began in May accelerated as militants took over a number of provincial capitals in Afghanistan over the past week.

“There’s going to be no circumstance where you see people being lifted off the roof of a embassy in the—of the United States from Afghanistan,” President Biden said on July 8. “The likelihood there’s going to be the Taliban overrunning everything and owning the whole country is highly unlikely.”