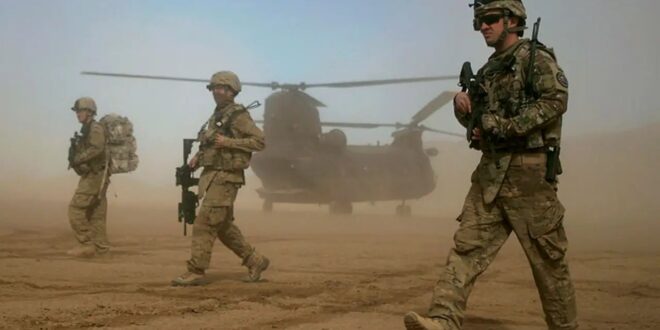 Afghanistan Is Crumbling, and a Devastated Country Isn’t the Only Thing the U.S. Is Leaving Behind

By Monday, Kabul, the capital of Afghanistan, may have already fallen to the Taliban. This won’t change much, practically speaking, because they have already conquered most of the country. We have only to wait for the government of President Ashraf Ghani to abandon their offices – in the hope that the president gets out alive – and to watch the extraction of the American Embassy staff, an operation for which U.S. President Joe Biden has sent more than 3,000 troops. This will be the footage that will document the end of 20 years of fighting, and will be etched into the historical memory of Afghanistan.

Only one issue remains. It’s marginal to the drama currently unfolding, in which a state that was a protégé of the strongest country in the world is being robbed by mujahedeen, but it is certainly tragic. After the last of the U.S. soldiers, the embassy staff and the American civilians leave the country, and after the last of the secret documents are shredded and burned, thousands – perhaps tens of thousands – of Afghan civilians will be left behind, waiting to be slaughtered. These are the Afghan translators, civilian auxiliary forces and others who worked alongside the American forces.

Some of them did the job for many years, since the American invasion in 2001. U.S. commanders needed interpreters who could offer more than technical translations; these Afghans supplied them with the cultural knowledge and analyses, tribal laws and social mores they needed to understand for the occupation of a country composed of such a large variety of ethnic groups. These are translators who also worked alongside foreign contractors, guiding them in conducting business, creating contacts and conveying valuable intelligence to their handlers. Many of them were killed when they joined combat forces during the war. Some of them remained wounded and disabled, and now they are being left behind with vague promises that the United States will make every effort to get them out of the country and offer them asylum in the country or another state. This seems like a simple promise, but it has run into a solid wall of American bureaucracy.

Until this month, the official procedure required asylum seekers to obtain a Special Immigrant Visa, a special status that the U.S. Congress created in 2008 for Afghanis and Iraqis who collaborated with U.S. forces. Some 50,000 translators have worked for the U.S. military, and since 2008, some 70,000 Afghans – translators and their family members – have received the special visa and moved to the United States. It is believed that at least 20,000 interpreters are now waiting for their visas to be approved, and that number can almost double when their families are taken into account. Procedures require applicants for the visa to jump 14 bureaucratic hurdles before they know if their request has been approved or denied. A document published by the U.S. State Department in 2017 shows that on the average, it takes 906 days from submitting an application to a decision – almost three years. In many cases, asylum seekers waited more than six years for a decision.

The process begins with collecting evidence and confirmation that the applicant did indeed work with U.S. forces. The applicant must seek out their employers or commanders, some of whom long ago returned to the United States or left their positions. They have to go to human resources units of the U.S. military in the hopes that their records are updated, and then submit all the documents to the embassy. This is where a long process begins, including background security checks for the applicants and their families. In the end, if all the documents are found and authorization is granted, the applicant receives their answer; they must then ask the embassy for a visa. The wait for a first interview can take approximately 270 days, and that’s not the end of it. If the interview goes successfully, approximately 370 days more will pass until the administrative process is complete.

When applicants finally get to the United States, they receive no special assistance. Such immigrants will usually turn to Afghan communities that have already put down roots for help with housing and employment. This month, Biden announced a new procedure that will give translators and collaborators special priority status in order to expedite the approval of their visa. But the new procedure will require the applicants to leave Afghanistan before their request can be dealt with, because the U.S. consular and embassy offices are expected to be able to work only partially, if at all, after the Taliban takeover. The practical outcome is that the Afghan asylum seekers will have to first become refugees from their country.

In recent weeks, the U.S. government has been holding talks with Qatar, Albania, Kosovo, Kazakhstan and Uzbekistan in the hopes that they will temporarily take in asylum seekers, thus far with no success. Qatar agreed to take in about 8,000 asylum seekers, but has not signed any documents, and other countries have so far rejected the Americans’ request for fear of COVID and terrorist infiltration. But even if the applicants manage to be allowed into one of those countries, extended stays in refugee camps likely await them, and they will be cut off from employment, schools and other public services until their visa requests are approved.

And these are the lucky ones. Their names are still on the list of people to whom the U.S. government has extended its protection. Hundreds of thousands of refugees and displaced people who have already lost their homes and are now making their ways through the dusty roads of Afghanistan have no chance of finding shelter outside the country, save for in neighboring Pakistan and Iran. The United Nations has already warned of a terrible human tragedy about to transpire in Afghanistan, but that is a hollow call that has yet to motivate countries to draft a joint rescue plan. In the meantime, they are busy getting their own people out of this ruined country.