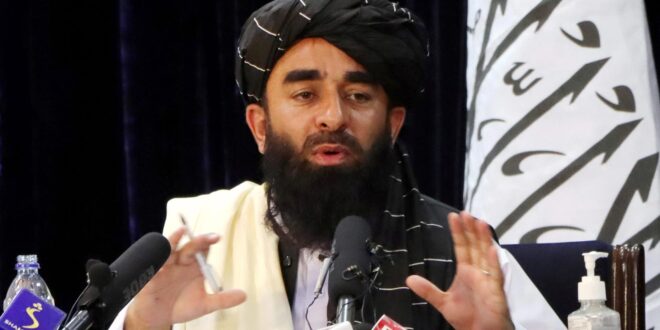 The Taliban on Tuesday eliminated any ambiguity surrounding the United States’ withdrawal deadline, saying the American military must be out of Afghanistan by the Biden administration’s August 31 departure date.

Amid rumors that President Biden is deliberating pushing out the expiration date to evacuate the thousands of American nationals and refugees still stuck in Afghanistan’s interior, a Taliban spokesman announced that “no extensions” will be granted, the Associated Press confirmed.

At a press conference Tuesday, Taliban representative Zabihullah Mujahid said it would be a “violation” of the Trump-era arrangement to allow foreign nationals to exit the country beyond August 31st.

“We want them to evacuate all foreign nationals by the 31st of August and we are not in favor of allowing Afghans to leave,” he said, according to a translation.

As the window closes, the Taliban has warned the U.S. could face “consequences” for reneging on its pledge to leave by month’s end. Taliban spokesman Suhail Shaheen said in an interview aired Monday that western forces would be crossing a “red line” if they remain in the country through September.

The military has reportedly requested that the White House decide by Tuesday whether it will postpone the departure date so troops can prepare for the expedited pull-out of nearly 6,000 U.S. troops supporting the evacuations.

In a moment of bipartisanship, Republicans and Democrats have rallied together to ramp up the rescue missions of American citizens and Afghan allies who served alongside the U.S. in the two-decade counter-terrorism operation in Afghanistan. According to a CBS News/YouGov poll released Sunday, 81 percent of Americans support bringing Afghans who helped the U.S. military to the United States for sanctuary.

Lawmakers ranging from Democratic congressman Adam Schiff to Republican senator Lindsey Graham have lobbied to reject the Taliban’s ultimatum and abandon the original deadline to bring more citizens home and Afghan collaborators to safety, whether on U.S. soil, Europe, or neighboring nations.

When asked at a press conference Sunday about extending the August 31 deadline, Biden replied: “We’ve discussed a lot with the Taliban. They’ve been cooperative in extending some of the perimeter. That remains to be seen whether we ask that question.”