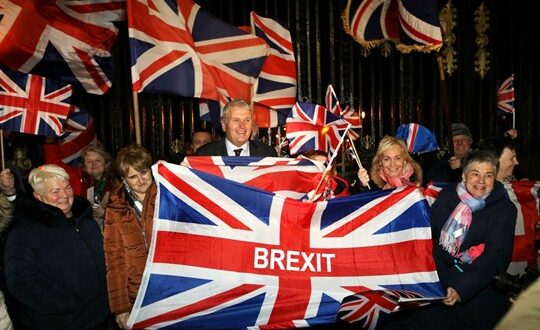 The two main political parties in Northern Ireland announced a deal last month to restore the region’s power-sharing government, which had ceased to function three years ago. Within 24 hours of the announcement of the deal on Jan. 10, which was brokered by the British and Irish governments, Northern Ireland’s institutions of devolved government were back up and running. Yet while many in Belfast are breathing a sigh of relief, British Prime Minister Boris Johnson’s recent Brexit deal has created a host of new problems for the region that the reopened Northern Ireland Assembly will need to confront.

After years of deadlock, the catalyst for the recent accord was the U.K. general election in December. Both the Irish nationalist Sinn Fein and the pro-British Democratic Unionist Party, or DUP, suffered significant losses at the hands of voters frustrated by their unwillingness to compromise. If they did not find common ground, they faced the prospect of new regional polls for the Northern Ireland Assembly to break the stalemate. Rather than fight another election where they were likely to see further losses, they agreed to compromise on key issues that had bitterly divided them in the past.

Post Views: 162
Previous Brexit’s Finish Line Is Only the ‘End of the Beginning’ for Britain and the EU
Next Brexit’s Ghosts Still Haunt Northern Ireland