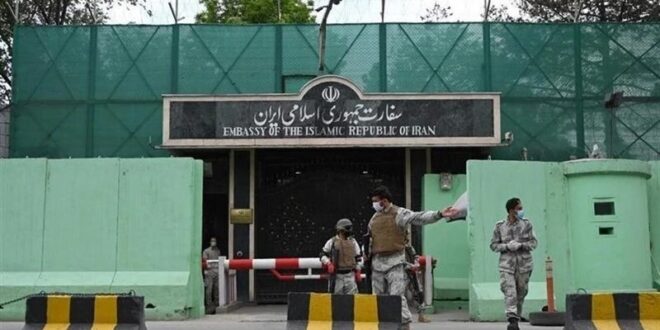 The political developments unfolding rapidly in Afghanistan since the Taliban forcibly seized power in the country reveal convergent positions between Russia and Iran on the militia’s takeover.

Moscow and Tehran are among the few capitals in the world that did not express deep concern about the Taliban sweeping across Afghanistan’s cities. The two countries have kept their embassies in Kabul open and have not rushed to evacuate their citizens.

It seems that the two countries have concluded that the Taliban takeover is a reality that they must engage and deal with. Russia has already sent warm signals to the Taliban by rejecting the Western narrative about the group, as well as adopting supportive positions at international forums, especially the UN. This may be a message to the Taliban that Moscow could provide it with an umbrella of international protection, just as it has done with Bashar Assad’s regime in Syria. Iran — which previously had bitter enmity with the Taliban — is following in Russia’s footsteps, with the formerly mutually antagonistic parties going from yesterday’s foes to today’s friends almost overnight.

In reality, this apparently sudden, dramatic shift in the two countries’ policies toward the Taliban is not a spur-of-the-moment move at all. It coincides with Russian-Iranian rapprochement and joint coordination on multiple regional issues and an opportunistic attempt by both countries to exploit the geopolitical opportunities created by Washington’s disengagement from several areas and its withdrawal from Afghanistan, despite occasional conflicts of interest between Tehran and Moscow.

The Taliban have returned the favors bestowed on them by Russia and Iran with diplomatic rhetoric that allays their worries. The militia cannot forget the Russian and Iranian military support that played a pivotal role in enabling it to take back control of the country, let alone the two countries’ political support, which appeared evidently in their attempt to create a channel of negotiations to settle Afghanistan’s internal disputes under Moscow’s patronage, like the Astana process related to the Syrian crisis — a path that once again excludes the US.

The foregoing, in addition to the two countries’ efforts to weaken the former Afghan government, which had always been viewed as pro-Western and pro-American, helped smooth the way for the Taliban’s return to power.

There is no question that the Taliban’s takeover of Afghanistan serves Russia’s and Iran’s key strategic objective, which is the basis of their rapprochement: Defeating the US in this arena. This is a geostrategic victory for both countries, as their most powerful rival has withdrawn from their immediate and nearby boundaries, leaving a vacuum that provides them with an opportunity to enhance their clout and presence. America’s humiliating departure is also somewhat pleasing to Moscow considering the fact that it has not forgotten its US-backed defeat in Afghanistan during the Cold War, which represented its greatest geopolitical calamity of the past century.

Russia also sees that the ongoing developments in Afghanistan offer it a historic opportunity to settle its Cold War-era scores with the US and NATO.

For Iran, meanwhile, the US departure is no less important, as Tehran bases its regional policy on keeping America away from its vital spheres of influence.

Russia and Iran will also benefit from the Taliban’s professed pledges to vanquish Daesh-Khorasan, curb Al-Qaeda’s movements, crack down on drug trafficking, and secure its borders. These pledges form part of the Taliban’s efforts to rehabilitate and rebrand themselves with a new positive image, different to the one of the past, both domestically and internationally. The group wants to gain international legitimacy and recognition in order to avert another confrontation similar to the one that took place in 2001 following the 9/11 attacks. This is essential for the Taliban to win the international community’s confidence and for the latter to release financial aid to reconstruct Afghanistan and provide the Afghan people with much-needed relief.

Despite all this, however, Russia and Iran could still lose their bets in Afghanistan. Just because the US has withdrawn does not mean that Washington will cede the country to its rivals. Some suggest that the US withdrawal from Afghanistan is part of a deliberate strategy to pivot American military resources to the east, encircling Russia and China on the ground and at sea. In light of this US pivot, Afghanistan could turn into a source of disasters, crises, terrorism and drug trafficking affecting both Iran and Russia.

On balance, at this moment in time, Tehran and Moscow have rather tension-free relations in Afghanistan, unlike in the Syrian arena, where they periodically engage in heated military clashes. In Syria, Russia has supported Assad in order to rebuild the Syrian state, including its army and security forces, while Iran has worked to maintain the current state of disintegration and chaos, which allows it to carry on, untroubled, with achieving its basic interests in Syria.

In contrast, both Russia and Iran probably want to see a stable Afghan government in Kabul to avoid potentially destabilizing security consequences. Additionally, the two countries want to reshape the regional structure in order to serve their political and economic interests in light of the unprecedented regional and international competition for influence in Afghanistan.

However, their coordination in Afghanistan will not necessarily lead to an easing of the spiraling disputes and mounting tensions in Syria.

It should be noted that any rapprochement in Afghanistan should not be regarded as inevitable or permanent, given Iran’s inclination for regional domination and its extensive existing role in the country, boosted by their shared or similar culture, language and ideology. This could result in the creation of a fragile sectarian Afghan state controlled by Iran through chaos and militia groups — as seen in Iraq or Syria.

Other important considerations that should be factored into any analysis of this multifaceted and fluid Afghan situation and when analyzing Russian-Iranian rapprochement are the developments with regard to the Iranian nuclear deal and Russia’s concerns that the Vienna negotiations could improve relations between the US and Iran.