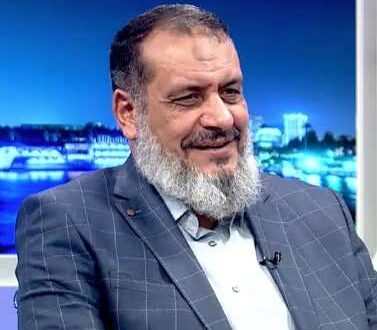 Member Of Qatar-Supported International Union Of Muslims Scholars: The Taliban Are Paragons Of Steadfast Jihad; We Do Not Fear Them But Fear For Them

Following the U.S. withdrawal from Afghanistan and the Taliban’s rise to power there, religious scholar Dr. Attia ‘Adlan, a former Egyptian MP and current member of the International Union Of Muslims Scholars (IUMS), which is supported by Qatar and Turkey, published an article on the IUMS website in which he defended the Taliban against its detractors. Forcefully rejecting the fears expressed by many in the Muslim world regarding the Taliban’s rise to power in Afghanistan, ‘Adlan claimed its members are “admirable people,” graduates of excellent shari’a schools who adhere to the tradition and avoid sin, and who are renowned for their jihad and steadfastness. Moreover, upon the withdrawal of the U.S. forces they did not seek revenge but immediately extended their hand to the Afghan people in forgiveness, he said. ‘Adlan stressed that, if the Taliban indeed made a deal with the Americans in order to affect their withdrawal, there is no shame in this. In fact, it is similar to the Treaty of Hudaybiyya, made by the Prophet Muhammad with the pagan Quraysh tribe, which the Prophet’s companions initially regarded as a humiliating compromise, until they realized the magnitude of the advantages it offered. Expressing concern that the international community would interfere in Afghanistan and keep the Taliban from meeting the challenges of governing the country, ‘Adlan called on Turkey, Pakistan or Malaysia to take it under their wing and help it negotiate the corridors of international diplomacy. He expressed confidence that Afghanistan under the Taliban would be a model of Islamic rule and culture.

It should be noted that other members of the IUMS published articles in a similar vein, in which they welcomed the Taliban’s return to power and the expulsion of the Americans from the country.[1]

The following are translated excerpts from ‘Adlan’s article.[2]

“The current situation of the [Islamic] nation is puzzling! Is [this nation] so steeped in sorrow that it is incapable of feeling joy? Or has it fallen [so often] into the traps on the path of death that it has begun looking around [in fear] even when treading on safe and level ground, because ‘once bitten, twice shy,’ as they say[?] Although I find it puzzling, I understand this anomalous situation and treat is as a short and passing illness. But what troubles and disgusts me is the concern expressed in public by ‘Muslim intellectuals’… who apparently fear that [all] the achievements of human civilization [will be lost] because of these course desert people [the Taliban], who have overthrown the ‘civilization of Kabul,’ and whose ‘extremism’ now threatens women’s freedom and the rules of the democratic game.

“They say [the Taliban and the U.S.] made a deal. So what? Where is the shame in that?!… [Perhaps] such deals will enable us, if not to [actually] rule Egypt, Syria, Libya, Yemen, Iraq, Lebanon and Tunisia, then at least to release the detainees and abductees, rescue those who have been sentenced to death and return the preachers to their mosques and the exiles to their countries. The world of politics is a big bazar where wild beasts and hyenas struggle [for survival], all based on deals and on intersecting interests, and in which [transactions] are made in interests rather than cash. The Treaty of Hudaybiyya,[3] for example, was a deal which the Prophet’s companions regarded as a humiliating compromise – until the extent of the achievements [it afforded] became apparent, [achievements] that had been concealed under a thin outer layer of flaws and concessions, which was all that could be seen at the time.

“I do not fear the Taliban. On the contrary, I fear for them. I am not concerned about [the fate of] Afghanistan under the Taliban or about the future or reputation of Islamic action. First, because the [Taliban] are admirable people, all of them graduates of Deobandi shari’a schools, [4] known for their independence, ingenious teaching methods, sound education and rightly-guided curricula. Second, because they are Maturidi Hanafis[5] who do not deviate from the tradition and do not commit sins… and who, thanks to their steadfastness and jihad, have become a byword for their power, impact, persistence, patience and honesty, for their organizational awareness and military maturity, and for their outstanding ability to maneuver and manage their struggle. The third reason is that, when they rose [to power after the American] withdrawal, they did what was expected of them and extended their hand in forgiveness, avoided taking revenge [on their rivals] and spread genuine security and calm in the land.

“We do not fear such people… As for [the claim that] the American withdrawal was part of a deal, [the details of] this deal will [only] be revealed in the future, for the U.S. is unwilling to be humiliated by an organization that comes from the mountains… The U.S. itself actually knows that it can be humiliated and has been frequently humiliated in the past, but it [also] knows… how to handle defeat in a way that does not crush its arrogance or ruin its reputation. [As a matter of fact], we admit that it was not humiliated or defeated by the Taliban – although this would not have been inconceivable – for today’s struggles are not traditional fierce struggles that end in a decisive victory or defeat. There are deals that put an end to a conflict at a certain point, when each side tries to maximize its gains. A deal does not necessarily mean the betrayal or relinquishing of principles, especially when both sides have real leverage.

“[But] I do fear for the Taliban. First of all because of the iron cage that the so-called global order is bound to impose on them, which will throttle them and keep them from acting… How can [the Taliban] survive… while the hypocritical world screams in outrage… asking, ‘What shall we do about the Taliban?’ Second, I fear for them because of the magnitude of the responsibility [they bear], which can kill them and eliminate them without the need to fire a single shot. This is because, when one anticipates victory over an enemy that has oppressed one for a long time, one imagines that the military victory is the final challenge. Once it is achieved one forgets about the huge challenges that still await. The huge and important military victory achieved by the Taliban is only a small part of the challenges [it faces]. The largest are [the challenges] of building a state over the rubble of the [previous] regime, which is in ruins…; restoring security to a large country and a rigid tribal [society] which existed for years amid armed gangs and conflicts that refused to wane or end; feeding a people that has lived in the iron of poverty, hunger and want for four decades or more, and treating the illnesses of ignorance, poverty, tribalism, radical clannishness, etc.

“In terms of politics and managing a state, the Taliban is now like an infant of outstanding genius who is nevertheless still a crawling infant and needs someone to take it by the hand and lead it down the convoluted paths of the international community and initiate it into [the world of] diplomacy, on rocky roads full of traps and bandits. If [the Taliban] does not find someone to mentor it, it will no doubt find it difficult to act… For this reason, it vitally needs to form ties with friendly elements in the tumultuous arena that is the international community, and Muslim countries like Turkey, Pakistan and Malaysia must help it by initiating collaborations with it in many areas.

“The future importance of the Taliban’s experience lies in the [fact that] the Islamic world needs a role model… which will restore its revolutionary [fervor] and renew its achievements, so it can begin the process of building: constructing an [Islamic] state, an economy and all the cultural systems. We are optimistic about this experience, welcome it and [believe that] good tidings will soon be coming out of Kabul…”