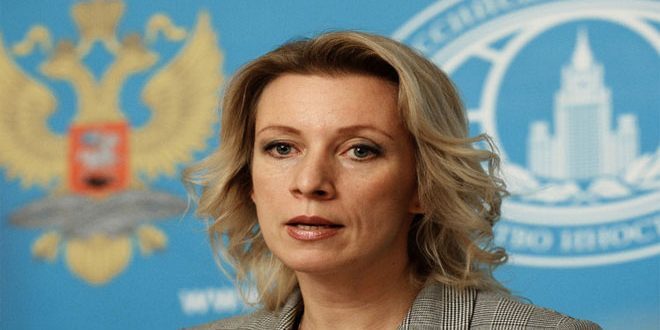 The Russian Foreign Ministry called on the Netherlands to present clarification about their support to terrorist organizations in Syria, SANA reports.

The Russian Foreign Ministry called on the authorities of the Netherlands to present clarification about Amsterdam’s support to terrorist organizations in Syria such as the so-called Sultan Murad group.

“The Authorities of the Netherlands have to clarify their support for the extremist groups in Syria”, the spokeswoman of the Ministry of Foreign Affairs of the Russian Federation, Maria Zakharova, said in a post on her page on Telegram.

She added that a very important story was revealed by members at the Dutch Parliament as they said that Amsterdam is involved, or at least for several years, in providing aid not only for to fake humanitarian workers of the so-called “White Helmets” but also for the armed group of “Sultan Murad” that fights against the Syrian Army.

Last September, the Syrian Foreign Ministry stressed that the Netherland government is the last side that has the right to talk about Human Rights after it was revealed before the public opinion and tax-payers that it was supporting armed organizations in Syria, which are classified as terrorist organizations by the Dutch Public Prosecutions’ Department.