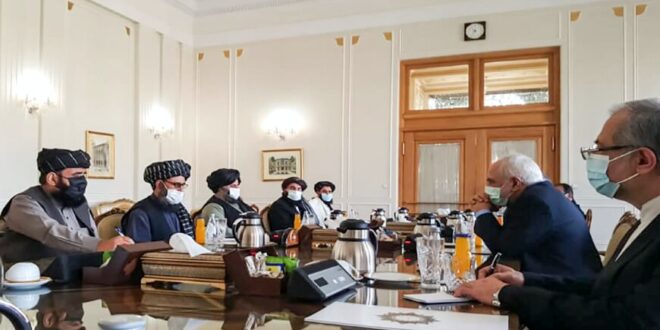 While the chaos that followed the Taliban’s takeover of Afghanistan will present challenges to trade, resulting geopolitical shifts could provide some opportunities for Tehran.

The Taliban’s rapid takeover of Afghanistan has raised major questions about what comes next for Iran-Afghan ties. The turmoil in Iran’s eastern neighbor — one of Tehran’s top export markets — will certainly have an impact on trade routes. Yet resulting geopolitical shifts could provide some opportunities for Iran.

It’s no secret Iran’s relationship with the Taliban is complex. The Taliban’s emergence in the 1990s was based on a Sunni extremist ideology and a clearly anti-Shiite and anti-Iranian orientation. The two sides were on the brink of war in 1998 when the Taliban killed 11 Iranian diplomats in Afghanistan’s fourth-largest city, Mazar-e-Sharif. Tehran also indirectly supported the US campaign to defeat the Taliban in 2001 and played a key role in establishing a post-Taliban national government in the country.

Two decades later and there are new dynamics, with parts of the political establishment in Iran developing more favorable perceptions toward the Taliban, who represent a group that provided a strategic defeat to Washington. Nonetheless, the Iran-Taliban relationship remains tense and distrustful. For now, the official position from Tehran has been communicated by Iranian President Ebrahim Raisi, who stated on Aug. 16: “The military defeat and withdrawal of the US from Afghanistan must be an opportunity to restore life, security and lasting peace.” He also confirmed “Iran will work toward stability, which is Afghanistan’s primary need today, and as a neighbor and brotherly country invites all groups to reach a national agreement.”

Assessing the economic impact of the new realities, there is no doubt that in the short term the rise of the Taliban will be a negative blow to Iran-Afghan trade. On the one side, the Afghan economy will suffer both as a result of a discontinuation of US and EU development aid payments as well as migration of many Afghan citizens. On the other, in a Taliban-led Afghanistan, the economic links that had been established over the past two decades will be undermined. These and other factors will lead to an anticipated economic decline and certainly dent the potential of Iranian exports to Afghanistan. It should be noted that in the past few years, Afghanistan has been among the top five trading partners and Iran’s annual exports to Afghanistan had approached $4 billion, whereas Afghan companies were exporting about $40 to $50 million to Iran.

The short-term impacts have been demonstrated by the European Council on Foreign Relations’ Esfandyar Batmanghelidj, who argues that the rise of the Taliban will put pressure on Iran, deprive Iran of a source of hard currency and also add to Iran’s international isolation. At the same time, one should not forget that the majority of Iran’s exports to Afghanistan are of strategic nature and cannot be replaced easily, i.e., electricity, various fuels, construction materials, food. Though Pakistan can compete with Iranian exporters in some categories, Iran will remain in a good position to dominate the Afghan market, especially due to shared language and culture. The bottlenecks will emerge in the ability of the new Afghanistan to pay for Iranian exports.

Notwithstanding, in the medium to long run, there is a lot more fluidity due to evolving conditions in Afghanistan, Iran and the entire region. Considering the fact that promoting trade and investment relations with immediate neighbors is Iran’s top priority, one needs to understand the regional dynamics emerging from the situation in Afghanistan. The rise of the Taliban coincides with the gradual withdrawal of US forces from Iran’s neighborhood which will present new threats and opportunities to Iran. The Baghdad Conference is a reflection of some new realities that may change the region’s political, security and economic relations.

Assessed within a regional context, one can identify other factors that could impact the Iranian economy. For example, former senior Iranian diplomat Hossein Mousavian opines that the rise of the Taliban could potentially change the balance of power between Iran and Saudi Arabia, paving the way for de-escalation between Riyadh and Tehran. Such de-escalation would reduce Iran’s current isolation, especially if it paves the way for closer economic ties between Iran and the United Arab Emirates.

Among other factors, China’s strategy toward a Taliban-led Afghanistan and the region as a whole will be significant. If China views the US exit from Afghanistan as an opportunity to invest more in Afghanistan and develop Central Asian markets, then Iran could benefit as a regional hub and also as a key benefactor of China’s Belt and Road Initiative. On the other side, the changing geopolitical realities may have an impact on Iran’s own investments eyeing the Afghan and Central Asian markets. For example, the Iran-India agreement to expand the capacity of the Chabahar free trade port was focused on paving the way for Indian and Asian exports to Central Asia. Iran’s investments in transit routes from the Sea of Oman to Afghanistan, including the Khaf-Herat railway link, has on the one side helped Afghanistan but also offered Iran a path to circumvent sanctions. It remains to be seen whether these routes can be used to Iran’s benefit under the Taliban.

Another geopolitical shift is emerging in Iran-Russia relations. It is widely expected that the Raisi government will have a closer alignment with Moscow on regional affairs, which may translate into Iran-Russia cooperation on Afghanistan with security and economic implications for Tehran. While the geopolitical developments remain complex, it is valid to argue that the shift in Afghanistan and the US withdrawal may pave the way for new alignments and alliances, which will have positive and negative impacts on Iranian interests.

Looking beyond geopolitics, within a socio-economic analysis, the impact of Afghan refugees should also be appreciated. In the past decades, Iran has hosted millions of Afghan refugees, especially the Shiite community. As such, for a large segment of the Afghan population, Iran has been a second home and thus there are deep rooted relations, especially among the communities in border regions. Tens of thousands of Afghans have been educated in Iran; therefore, the first destination for many Afghan refugees escaping from the Taliban rule will be Iran. Though many plan to eventually seek asylum in Europe, Iran will be their first transit country. Consequently, the issue could pave the way for Iran-EU cooperation helping to build confidence between the EU and the Raisi government. Those Afghans who stay in Iran will in the short run put pressure on the already tense job market. However, in a medium-term macroeconomic analysis, their presence could generate inexpensive labor — a phenomenon that will help two important economic sectors, i.e., construction and agriculture.

Furthermore, the anticipated increase in smuggling activity will present challenges to Iran, the region and the international community. It is not a secret that the Iran-Afghan border is witness to smuggling activities, especially drug smuggling. In the past, various attempts by Tehran to either establish border markets as channels of legal border trade or to replace the cultivation of opium on the Afghan side with other crops have failed, and drug production and smuggling has continued. With the Taliban controlling the Afghan side and the level of underdevelopment on the Iranian side of the border, it can be expected that drug smuggling will increase.

As can be seen, the rise of the Taliban will have direct and indirect consequences on the Iranian economy. The short term impact will certainly be negative, but it is too early to gauge the medium- to long-term consequences. 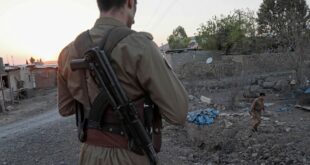