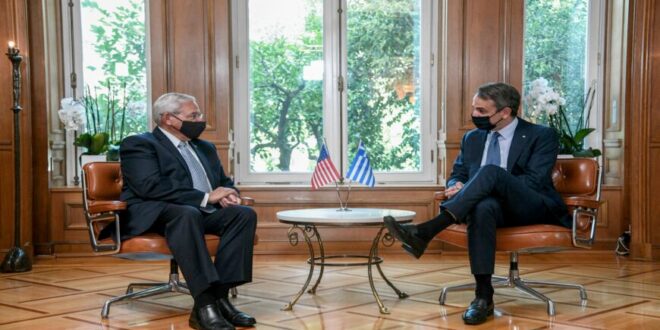 Northern Cyprus’ president is upset at a US senator for reported comments about the Turkish military on the disputed island.

Democratic Sen. Bob Menendez of New Jersey visited Cyprus on Monday. During the trip, he reportedly said his goal is “to see the last Turkish soldier leave Cyprus,” according to Greek media outlets.

Cyprus is divided between the internationally recognized Republic of Cyprus and the Turkish Republic of Northern Cyprus, which is only recognized by Turkey. The former’s population is mostly Greek Cypriot, while the latter is predominantly Turkish Cypriot.

Menendez, who heads the Senate Foreign Relations Committee, is a long-time supporter of Cyprus and also a critic of the Turkish government.

Spokespeople for Menendez did not immediately respond to Al-Monitor’s request for comment Thursday on the Greek media reports and Tatar’s remarks.

Cypriot President Nicos Anastasiades also presented Menendez on Monday with the Grand Cross of the Order of Makarios III, which is the highest order of merit in the country, Anastasiades said in a tweet.

Post Views: 207
Previous Israeli strikes said to target Syria; fragments from defense fire land in Israel
Next Lessons From Afghanistan Disaster: US Not To ‘Remake Other Countries’ – Analysis