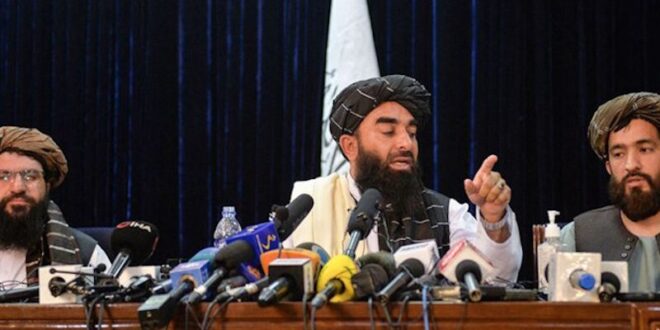 As the situation in Afghanistan unravels and uncertainties characterise the Asian geo-political landscape, terms such as “bad” and “good” Taliban of yesteryears have become redundant. In the recent turn of events, the Taliban has revealed itself as a hybrid group, blending shades of old and new. The claim that they represent the “Afghan nation” is reflective of a mimetic practice wherein “modern” vocabulary of women rights, emancipation, freedom, peace, amongst others, is being used to receive legitimate recognition from the international community.

The media conferences conducted by the Taliban, cautions one to approach the vocabularies employed by them through filtered frames, and prods us to revisit Susanne Rudolf’s piece1 written in the backdrop of 9/11. Rudolf raised the question of dealing with the “alien other” (then al Qaeda), and problematised the neutrality of concepts. She underlined the limitations of conceptual categories crafted in a dominant socio-cultural environment, being often transposed to other geo-cultural spaces, and argued that while command of Arabic and knowledge of Islamic culture and politics would have helped, area specialists were ignored and their wisdom marginalised while formulating policy. Foregrounding the importance of situated knowledge, she emphasised how local understanding of histories, social processes and world-views can help understand conceptual categories effectively.

While questions like these need to be discussed and debated from both policy and academic perspectives, it holds relevance as regards what and how we “teach” strategic and diplomatic studies to students of International Relations (IR). For instance, content analysis of the two latest news conferences by the Taliban2 raise some fundamental questions regarding the layered conceptual thicket which often resides in vocabularies such as state, order, stability, peace, emancipation, borders, amongst others, that a student of IR uncritically employs while engaging with strategic discourses and events. In the following paragraphs, it is argued that the rise of Taliban, and the choice of words it employs to communicate with the international community is symptomatic not only of the limits of inter-cultural communication, but it also depicts how meanings move across geo-cultural spaces and that “right” vocabularies are being used indeed as a qualifier to join the community of nations.

For instance, the opening lines, “We have expelled the foreigners and I would like to congratulate the whole nation on this. This is pride not only for a limited number of people. This is a proud moment for the whole nation”3, are instructive. While the term “Afghan nation” reminds one of Benedict Anderson’s “imagined political community—imagined as both limited and sovereign”4, it also indicates difficulty of translating the concept of nation-state across geo-cultural spaces. Employed to consolidate and perpetuate power by the globalised elites in over-developed post-colonial states under the guise of modernity, the project of nation-state gave a distinct meaning to national security, identity and development. As a result, indigenous forms of imagining the political were lost, and resistance movements against the state were often perceived as a threat to order, stability and security.

Against this backdrop, vocabularies employed by the Taliban merit attention. Just reframing them as Taliban 2.0 does not do justice to alternative forms of “situated knowledge” and makes a student of strategic studies impervious to philosophical and cultural categories which offer alternative ways of understanding war and peace. While scholarship on non-Western, post-Western, global International Relations Theory has raised some of these issues, discourses on strategic studies are yet to embrace the meaning and reflect on the consequences of these developments.

A case in point may be the ways through which emancipatory jargon was employed by the Taliban during their 17 August media conference.5 Some significant vocabularies/themes which rest at the interstices of Christian and Islamic intellectual traditions, and can be prone to different interpretations are suggestive of the intersections between philosophy, ideology and strategy. Terms and themes such as war and peace, rights and duties, and order and border overtly emphasised during the media conference merit some discussion. From a cross-cultural perspective, these terms can have different meanings, thus following a distinct logic or reasoning. In this regard, the invocation of war and peace at different points in the transcript, and how it can be interpreted and the meaning it holds, is instructive for students of strategic studies. For instance, phrases like, “we have expelled the foreigners”, “we want to do away with the factors for conflict”, “the Islamic Emirate does not have any kind of hostility or animosity with anybody; animosities have come to an end and we would like to live peacefully”, emphasises that war in the past was used as a defensive measure by the Taliban, and “jihad” was used in an instrumental manner to push the “foreigners” out. Further, the squaring of “freedom” with “emancipation from occupation” is reminiscent of how the spiritual and revolutionary sentiment contained in Islam is symbolically communicated by the Taliban.

The second aspect which comes across clearly is the dialectics between rights and duties, which seem to be dependent on each other, and thus cannot be looked at as separate categories. While labelling their action as a legitimate right, directed towards the hope to make Afghanistan bereft of “internal and external enemies” (the duty), they seem to be emphasising the differentiation between friend and enemy from the lens of political Islam. Further, statements like “the Islamic Emirate is committed to the rights of women within the framework of Sharia” or “Our laws, when it comes to media and other essentials are going to be such that everybody should be able to work but within the framework of the Islamic Sharia laws”6 also seek to communicate that sovereignty does not lie with the state but with the sharia, which is an instance of reconciling tradition and modernity. Whether such reconciliation would be based on ijtihad (reasoned struggle and rethinking) requires a wait and watch approach, and unfortunately, this has been missing on discourses around contemporary and political Islam. This has consequences for the discipline of IR, where scholars often engage with complex issues of cross-cultural communication.

The third aspect is the statement on the challenges of maintaining order and respecting the existing borders of Afghanistan. This is significant in terms of responding to the potential anxieties of some neighbours—Iran, Pakistan and China—who have explicitly come out in the support of Taliban. For instance, the Taliban noted, “we have all the borders under our control. There is not going to be any case of smuggling of weapons. All the weapons that are being used in fighting are going to be corrected and completed and registered”.rther, they highlight, “we are assuring our countrymen and women and the international community, we will not […] produce any narcotics…if you remember, we had brought narcotics conte7 Funt production to zero in 2001, but our country was unfortunately occupied by then and the way was paved for reproduction of narcotics, even at the level of the government—everybody was involved. The international community should help us so that we can have alternative crops”.8

While much is being hypothesised about the future of Afghanistan, and the motivation of the involvement and presence of both state and non-state actors, this instance of public communication by the Taliban is an interesting spectacle to problematise, question and reflect on concepts stemming from distinct geo-cultural spaces. It is a reminder that techniques of diplomacy demand that geography and history of ideas be taken seriously by students of strategic studies in particular and IR in general.

Traditional ways of diplomacy and ways of thinking about the “International” are bound to have limitations. While the call for decolonising knowledge in IR needs to be taken seriously, it is important to understand that political systems are grounded in cultures and, as Adda Boseman puts it, “examining cultural infrastructure of nations and political systems become important for understanding International Relations”9. While much work has been done in terms of challenges it pose to the discipline of IR, one is yet to discuss and debate the limitations of conceptual categories and the relevance this holds for strategic studies. What happens when a patently illiberal entity captures a state and uses liberal idiom to legitimise its actions? An appropriate response to this question demands that we examine the rationale behind such mimetic practices and critically explore ways for theorising and responding to such hybridity.