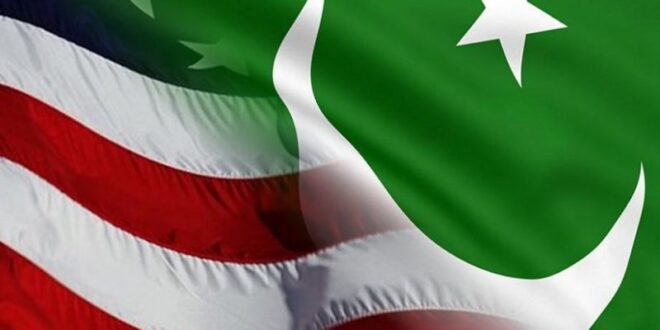 The recent terror attack at Kabul airport by an affiliate of the Salafi-jihadi Islamic State, the Islamic State-Khorasan, was a fresh reminder that Salafi-jihadis have been regrouping and focusing their timely attacks on soft targets meant to create deadly pandemonium and inflict harm and damage on American personnel and policies. Arguably, the Biden Administration’s warning that more terror attacks loomed large in Afghanistan is an acknowledgment of both the constant threat of Salafi-jihadi terrorism and American incapacity to completely eliminate this threat. As American troops complete their withdrawal from Afghanistan, the threat of terrorism will exponentially increase because the United States is geo-strategically disadvantaged by both its lack of geographical proximity to the Indian Subcontinent and its tenuous relationships with Pakistan, Russia and China. Correspondingly, Washington needs a regional strategy centered in remedying its volatile intelligence relationship with Pakistan within the context of broad intelligence cooperation with both Russia and China.

On the surface, this strategy appears hardly possible, given the checkered American relationship with Pakistan, on the one hand, and American rivalry and often adversarial attitude towards both Russia and China, on the other. On closer examination, however, it becomes clear that all the afore-mentioned states share concerns about the threat of global Salafi-jihadism and its impact on their national securities and policies. Therefore, a strategy of US-Pakistan intelligence cooperation, bolstered by a compartmentalized, tactical US-China-Russia intelligence cooperation will undoubtedly not only reduce the threat of global Salafi-jihadism; but also better the overall US-Pakistan relationship and sustain Washington’s optional policy to both engage and deter both Russia and China.

To be sure, the threat of Salafi-jihadism is not monochromatic in its ideology or its praxis. In principle, Salafists hark back to authentic Islam as practiced by al-salaf al-Salih (pious ancestors), whose golden age was mostly represented by the four rightly guided caliphs (Abu Bakr, Omar, Uthman and Ali 632-661). They aspire to apply the prophetic model (the way by which Prophet Muhammad led his life) as practiced by these caliphs, with the objective of realizing the ideal Islamic society. The Salafi-jihadi school, as represented by al-Qaeda and Islamic State, prescribes jihad to achieve this ideal while disagreeing over how to bring it about. Their ideal is not confined to a specific location as it comprises the Islamic Umma (community) as a whole. Relevantly, the Islamic State has had more success in rallying supporters in Central Asia and Indian Subcontinent because they have focused first on establishing their own Islamic Emirates in what they consider their own occupied lands as a wilaya (province) of the Islamic State. The Taliban, unlike Salafi-jihadis, has pursued jihad to establish their own Islamic state in their own territory without being a wilaya of the Islamic State. In other words, their jihad is confined to Afghanistan. Their ideology, though grounded in establishing an ideal Islamic society undergirded by Islamic law, does not neatly overlap with the global ideology of Salafi-jihadis. The Taliban can be considered as nationalist-Islamists or nationalist-jihadis.

This divergence of ideologies and praxis has created schisms among jihadis, as well as concerns and opportunities for regional countries. On the one hand, China, Pakistan, Central Asian countries and Russia worry about secessionist movements embracing Salafi-jihadism as a means to achieve their own independent entities or Emirates, which could combine multiple territorial entities. On the other hand, these countries might support local jihadis, which they consider as freedom fighters, as proxy forces to leverage their power vis-à-vis their rivals. Herein, Washington can capitalize on this nuanced and complex area of state policies to battle terrorism as part of a strategy advancing intelligence cooperation even with global rivals.

The independence of the Muslim state of Pakistan (with West and East sections) and the majority Hindu Indian state from British India in 1947 has not been completely resolved. India and Pakistan fought two wars – in 1947-48 and 1965 – over the disputed Kashmir territory. The two countries also fought a third war in 1971, which resulted in East Pakistan becoming the separate nation of Bangladesh. Since then, Islamabad has pursued a policy of supporting Islamist Mujahiddin to fight what it considers Indian occupation of Kashmir, a policy later on pursued by United States, Pakistan and Saudi Arabia to fight Soviet occupation of Afghanistan (1979-1989).

In the meantime, several ideological and political processes influenced Pakistan’s socio-political outlook. Being a puritanical and revivalist movement, Saudi Arabia’s Wahhabi religious school of Islam came to influence Pakistan’s puritanical Deoband school Islam. This influence deepened when the Kingdom of Saudi Arabia, pursuing a policy of “Islamic Solidarity” as a counterweight to Arab nationalism, supported General Zia al-Haq’s (1978-1988) Islamization of Pakistan. At the same time, the Afghan war against the Soviet Union not only reinforced this influence, but also engendered an ideological fusion of these two schools in Saudi Arabia-funded Pakistan’s Madrassas, out of which came the Taliban movement. No less significant, the Afghan war also legitimized in the eyes of Islamists the ideology of Salafi-jihadism and its focus on jihad to fight infidels as the path to create the ideal Islamic society.

Moreover, acting at the behest of and in collaboration with United States, Pakistan, led then by General Pervez Musharraf, launched a military campaign to clear out the Federally Administered Tribal Areas bordering Afghanistan from extremists. Lacking an economic and political strategy and fought in an inhospitable land, the campaign faltered. Hundreds of Pakistan’s soldiers and citizens were killed. Before long, anger over “collateral damage” inflicted by American drone attacks on innocent bystanders, along with inconclusive battles against extremists, some of them considered mujahidin by ordinary citizens, spurred widespread resentment in Pakistan and painted its government into a corner. This emboldened radicals to attack Pakistan’s government offices, and ironically to establish Tehrik-i-Taliban Pakistan, known as Pakistan-Taliban.

Resentment and mistrust began to fester in the American-Pakistan relationship. Pakistan’s intelligence and army chiefs chafed at what they considered American incapacity to make a distinction between a mujahid fighting for rightful cause and a terrorist, let alone comprehending Pakistan’s polity and national security interests. Clearly, Pakistan has used militant organizations as proxy forces against India and its enemies in Afghanistan. No wonder, the Central Intelligence Agency stopped informing in advance its Pakistani counterpart the ISI of its drone attacks. Just as importantly, the CIA also hired contractors to monitor members of militant organizations such as Lashkar e-Taiba which has been active in Kashmir and close to ISI. Conversely, it is highly unlikely that Pakistan’s army or ISI did not know about Usama Bin Laden’s hideout in Abbottabad near both Pakistan’s Army Burnhall College and Military Academy.

Soon thereafter, Pakistan’s frustration with United States (and vice versa) has turned into a feeling of betrayal with what Pakistan’s sees as Washington’s chameleon attitude towards Islamabad, whose latest manifestation was Washington’s explicit alignment with India under the Trump administration. Former President Donald Trump has blamed Islamabad for harboring terrorists and undermining Afghanistan’s security. The Trump administration cut off security assistance worth billions of dollars to Pakistan. President Trump accused Pakistan of “lies and deceit” in harboring Taliban militants. This led Pakistan, on the one hand, to deepen its embrace of China, which has heavily invested in Islamabad; and, on the other hand, to develop close security and military relations with Russia.

Meanwhile, the Taliban has become bolder and stronger, thanks in no small measure to Pakistan’s support. But, at the same time, Salafi-jihadi organizations proliferated in Afghanistan, Central Asia, the Caucasus and the Indian Subcontinent. The Syrian rebellion and the emergence of the Islamic State have mobilized Chechens, Ingush and other north Caucasus Islamists to establish the Emirate of the Islamic Caucasus to evict Russia from the North Caucasus. Chechen jihadis held senior positions with the Islamic State. Capitalizing on the drawdown of American and allied forces in Afghanistan, the Islamic Movement in Uzbekistan (IMU), a powerful Salafi-jihadi organization, moved to North Waziristan along the Afghan-Pakistan border. It has established contacts with Pakistan-Taliban, al-Qaeda and pro-Islamic State factions. IMU, along with Pakistan-Taliban, was behind the terror attack on Karachi airport in 2012.

In January 2015, Taliban leader Mullah Abdul Rauf Khadim pledged allegiance to ISIS, paving the way for the establishment of ISIS-Khorasan. In March 2015, Hafiz Saeed Khan, leader of ISIS-Khorasan, confirmed the death of Khadim at the hands of the Americans and vowed revenge. ISIS-Khorasan established a training camp in Afghanistan, to which it gave the eponymous name of the founder of ISIS, Abu Musa’b al-Zarqaqwi. Estimates of the number of ISIS-Khorasan members vary, but they are in the thousands. Needless to say, al-Qaeda and ISIS-Khorasan are present in many provinces of Afghanistan. ISIS-K has been behind a number of terror attacks, including the bombing of the Kabul bank in 2015.

Reportedly, the Islamic Movement of Central Asia (IMCA), an umbrella Salafi-jihadi organization bringing together Islamist factions from Central Asian countries, has established its headquarters in Afghanistan’s northeastern Badakhshan province. IMCA seeks to destabilize Central Asian governments and attack American targets, including American bases in Uzbekistan and Kyrgyzstan. In much the same vein, though reliable information are hard to come by, the Turkistan Islamic Movement, formerly known as the East Turkestan Islamic Movement, a Uyghur Salafi-jihadi organization founded in Western China, has also a presence in Afghanistan and coordinates with other sister organizations. Its goal is to establish an independent state called East Turkestan that would cover an area including parts of Turkey, Kazakhstan, Kyrgyzstan, Uzbekistan, Pakistan, Afghanistan, and the Xinjiang Uighur Autonomous Region. Significantly, it joined ISIS in Syria and established the Turkistan Islamic Party in the Levant, under Abu Ridha al-Turkestani.

In this respect, one should expect that Pakistan, supported by Russia and China, will play a key role in supporting the Taliban stabilize Pakistan. Surely, this is not an ideal situation, which is fraught with potential dangers; but, for the time being, there appears to be no better alternatives. Turkey, Saudi Arabia, Qatar and more or less Iran will most likely recognize the Taliban and give their stamp of approval for stabilizing Afghanistan.

Herein, Washington, disadvantaged by both its lack of geographical proximity with Afghanistan and having tense relationships with Pakistan, Iran, Russia and China, has serious obstacles blunting the threat of Salafi-jihadism in the most populous Muslim region in the world. Therefore, it behooves Washington, on the one hand, to rehabilitate and enhance its relationship with Pakistan by resuming its security assistance to Islamabad, balancing its relationship between India and Pakistan, especially regarding Kashmir, and creating an institutional framework of intelligence cooperation focusing on defeating Salafi-jihadi organizations. Washington, on the other hand, will be better served by aligning this framework of cooperation with a forum on intelligence cooperation on Salafi-jihadism with Russia, China and other regional countries. No less significant, by focusing on the global threat of Salafi-jihadism, Washington can pursue a policy of deterrence and engagement with both China and Russia obviating turning them into enemies.

Post Views: 339
Previous HTS is not al-Qaeda, but it is still an authoritarian regime to be reckoned with
Next Afghanistan: Strategic And Tactical Battle Between Taliban And Islamic State Khorasan Province – Analysis 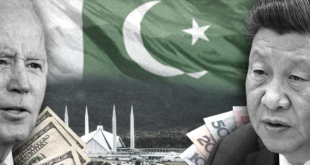