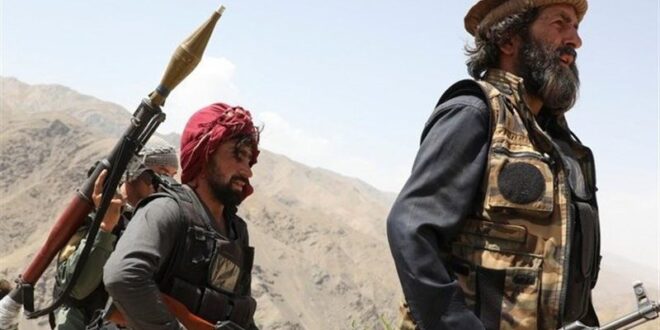 The Taliban claimed Saturday that their forces had seized several districts in the northern Panjshir Valley, the last remaining province in Afghanistan holding out against the Islamist group.

Taliban officials said that overnight advances had brought several days of fighting to Anaba, an area close to the provincial capital, Bazarak.

Emergency, an Italy-based charity, confirmed the Taliban had reached Anaba. The nongovernmental organization, which runs a medical center in the area, said its facility had “received a small number of wounded people.”

The Taliban also released a video showing light mountain artillery guns and other weapons they said had been seized from the armed resistance.

The veracity of the footage could not be ascertained from independent sources.

Taliban officials blamed land mines placed on the road to Bazarak for their slow advances.

For its part, the opposition National Resistance Front (NRF) said Saturday that it had pushed back “enemy” attacks but acknowledged losing ground to the Taliban and said both sides had suffered casualties.

“Enemy was defeated in the Dalansang area,” tweeted Fahim Dashty, a spokesman for the NRF. “Experienced and new heroes of the resistance forces have been present on the frontline.”

The Panjshir Valley, home to the country’s Tajik ethnic minority and located north of the capital, Kabul, is surrounded by mountain peaks.

Afghanistan has 34 provinces and 33 of them were overrun by the Taliban last month in a stunningly swift military campaign that ended with their seizure of Kabul on August 15.

The fighting for the control of Panjshir broke out several days ago and since then both sides have been making inflated claims and counterclaims about their battlefield gains.

The anti-Taliban armed resistance comprises members of the U.S.-trained former Afghan security force and local tribal militias. It is being led by Ahmad Massoud. His father successfully defended Panjshir when the Taliban took control of most of Afghanistan from 1996 to 2001.

Massoud vowed in a Facebook post Saturday to resist and “stand strongly in the fight” against the Taliban.

The lack of control over all of Afghanistan has apparently discouraged the Taliban from announcing a new government.

On Saturday, small groups of female activists took to the streets in Kabul and in parts of western Afghanistan, demanding respect for their rights and representation in the new government.

Taliban fighters broke up a rally of about a dozen women in the capital to stop them from heading to the presidential palace.

Footage circulating on social media showed demonstrators confronted by armed Taliban fighters covering their mouths and coughing, with one woman saying the security guards had used tear gas to disperse the rally.

“They also hit women on the head with gun magazines, and the women became bloody,” said one of the demonstrators who identified herself as Soraya.

“Taliban blocking protest by beatings and tear gas: unfortunately this is pretty much on brand for a group that relies on brute force to suppress dissent,” tweeted Patria Gossman, associate Asia director for Human Rights Watch.

The Taliban imposed a brutal justice system and banned women from work and prevented older girls from receiving an education when the fundamentalist group had previously seized power in Afghanistan.

However, Taliban leaders have promised to install an inclusive government in Kabul that they say will allow women to work and receive education within the framework of Islamic law, or Shariah, but many Afghans doubt the reliability of their pledges.

“It will be an inclusive, strong central and sustainable system of government,” Bilal Karimi, a Taliban spokesman, told VOA on Friday.

The Taliban are under international scrutiny for delivery on pledges that their governance system will represent all Afghan ethnic groups and respect human rights, particularly those of women, unlike their previous exclusive hardline regime in Kabul.