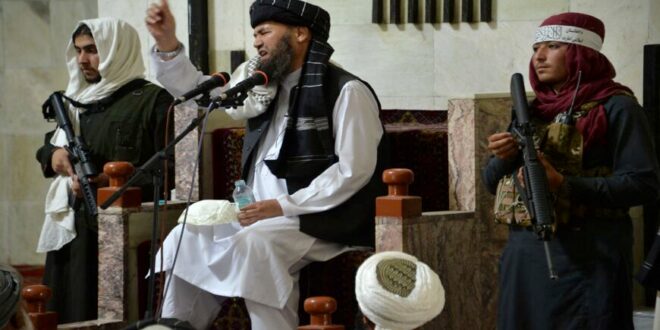 How will Taliban’s return affect jihadi movements in Turkey, Syria?

Salafi-jihadi groups in Turkey and neighboring Syria may look for inspiration from the Taliban’s takeover of Afghanistan, but their prospects appear rather limited at present.

The Taliban’s takeover of Afghanistan has raised complex questions over the future of Salafi-jihadi movements, including in Turkey and neighboring Syria where the threat from such groups has been largely contained. Whether the risks heighten down the road will depend largely on how the Taliban shape their relationship with jihadi groups in Afghanistan.

Turkish Islamists of various stripes hailed the Taliban’s takeover, though some apparently had to tamp down their jubilation.

A journalist who in the past was close to groups sympathetic to the Islamic State (IS) told Al-Monitor on the condition of anonymity that Salafi groups in Turkey welcomed the Taliban’s takeover, but some were too wary of the authorities to engage in vocal “victory” propaganda. “Especially the Konya Jamaat, which has close relations with the Taliban, remained quieter than expected. The Konya Jamaat has had a long-standing relationship with the Taliban since the late 1990s. They provided fighters and financial and political support to the Taliban until 2010,” the journalist said. “Other, small and weak pro-al-Qaeda groups, especially a Van-based group, were more vocal than the one in Konya, although they have not had direct links with the Taliban,” he added.

Some in the pro-government media also applauded the Taliban. Tamer Korkmaz, a columnist for the Islamist daily Yeni Safak, wrote Sept. 1, “The 20-year occupation of Afghanistan ended last evening with the withdrawal of the last American soldiers — pardon me, terrorists. The US-Western idol has crumbled. An extraordinary period has begun. Various Western idols across the globe will be crumbling one by one in the coming years.”

The Taliban got ovations also from an unlikely quarter: secular but fiercely anti-American Turks who describe themselves as anti-imperialists. Dogu Perincek, leader of the Homeland Party — a small but vocal anti-US and Euroasianist group that claims to have impacted President Recep Tayyip Erdogan’s policies in recent years — likened the Taliban’s triumph to the Turkish liberation war after World War I and argued that the international community had no option but to recognize Taliban rule.

Yet some Salafi-jihadi groups in Turkey were not as happy. For them, al-Qaeda and the Taliban are deviants from Islam who “seized Afghanistan in cooperation with the United States,” according to a video posted on YouTube. The prospect of the Taliban’s recognition by “taghut” states, the argument goes, is proof that they have failed to install genuine Islamic rule. The video accuses the Taliban of deviating from the goal of jihad and abandoning the fight to negotiate with Americans in “luxury and posh hotels” in Doha.

The core point of contention between the jihadis in Turkey appears to be about methods, namely a disagreement on whether they should strive to create Islamic emirates or an all-encompassing Islamic caliphate. While the Taliban has pursued Islamic rule limited to Afghanistan, pro-IS Salafi-jihadi groups argue for one state for the entire Muslim world.

In Idlib, the northwestern Syrian province that borders Turkey and the last stronghold of radical Islamist rebels in the country, Salafi-jihadi groups appeared less jubilant due to Taliban statements about rapport with the international community.

Although Hayat Tahrir al-Sham (HTS), the dominant group in Idlib, has disowned its al-Qaeda roots and sought to rebrand itself as a moderate faction that fights only the Syrian regime and is not hostile to the West, the Salafi-jihadi structures in Turkey and Syria are generally groups that reject the international system in essence. The Taliban’s takeover of Afghanistan gives them an example of how to sustain a protracted war to prevail over their enemies.

In fact, HTS has already sought to copy the Taliban strategy by trying to “Syrianize” its ranks and show that it has abandoned the notion of global jihad. Since 2019, the group has frequently expressed the desire for good relations with the West and argued it is not a threat to the West.

Such rhetoric comes across as a sign of HTS’s intentions to follow the example of the Taliban and wage a lengthy war. Yet HTS and other Salafi groups in Syria lack a solid sociological base and support from the majority of Syrian opposition groups and ordinary Syrians unhappy with the regime. Nevertheless, they will certainly use the Taliban example as motivational propaganda.

That said, could we see another regional mobilization of armed Salafi-jihadi networks in the near future? Such a prospect appears unlikely both in the Turkish-Syrian and the Syrian-regional context, as most Salafi groups in the region have been either defeated like IS or confined into relatively small areas like HTS and forced to transform. Salafi movements are very limited in Lebanon and almost absent in Jordan. Iraq, meanwhile, is another country where the armed mobilization capacity of Salafi groups was broken during the US-led occupation, the ensuing civil war and the campaign against IS.

Turkey, meanwhile, has restricted the mobility and propaganda of Salafi groups and related communities and organizations. In addition, Ankara has placed both IS and HTS cells under intense pressure by casting its net wide in anti-IS operations.

Considering all this, the resurgence of a regional armed Salafi-jihadi movement appears highly unlikely in the medium term.

Still, the Taliban’s takeover of Afghanistan will undoubtedly cause some fluctuations on the security fault lines in the region. Despite the Taliban’s security assurances to neighboring countries and the international community, several lingering questions could sway the future course of global Salafi-jihadi movements. First, will the Taliban seek to expel foreign jihadi fighters from Afghanistan? If so, will those fighters return to their home countries or look for other territories in which to hide? Second, will the Taliban allow those fighters to destabilize neighboring countries? If not, will this lead to a full-fledged conflict between the Taliban and Salafi jihadis in Afghanistan in the near future?

In all scenarios, the Taliban’s failure to cooperate with the international community would create a vacuum with profound ramifications for the region. Central Asian countries, in particular, might come under threat from armed groups that have been exiled in Afghanistan for years. Such movements of militants could affect Iran, Syria and Turkey as well in the medium term. Pakistan, for its part, is already facing the revival of the Pakistani Taliban, which has recently stepped up attacks on the security forces and renewed its oath of allegiance to the Afghan Taliban after the fall of Kabul.