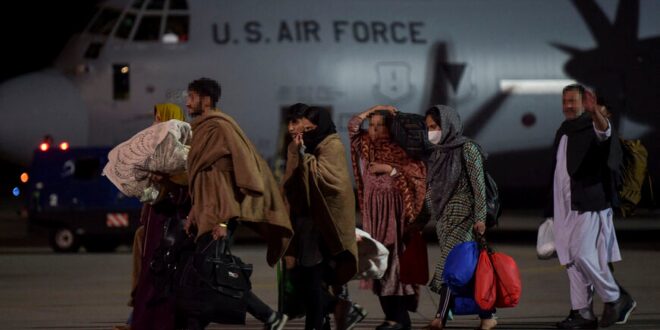 After Afghanistan pullout, US pursues long-distance diplomacy from Qatar

Without a diplomatic presence on the ground in Kabul, the United States will engage with the Taliban from a remote mission in Doha.

With the US military withdrawn from Afghanistan, the focus has shifted to what Secretary of State Antony Blinken has billed as the next chapter of America’s engagement with the Taliban-run country.

But outreach to Afghanistan’s new rulers will be complicated by the fact that US diplomats are no longer in Afghanistan. Embassy operations have relocated to the Qatari capital of Doha and will be led by Ian McCary, the Kabul embassy’s deputy chief of mission.

How Qatar-based diplomats will oversee the delivery of humanitarian aid into Afghanistan and facilitate the perilous departure of remaining US citizens isn’t immediately clear. But it’s far from the first time that Washington has evacuated diplomatic staff from a host country in times of political instability.

After the Houthis overran much of Yemen in 2015, the United States suspended operations at its embassy in Sanaa and established a remote mission in neighboring Saudi Arabia. Similarly, the United States has moved diplomatic staff from Venezuela to Columbia and from Somalia to Kenya.

State Department spokesperson Ned Price told reporters that the Doha office “will conduct functions that are quite similar to what our now-suspended operation in Kabul was doing.”

But even in the age of Zoom diplomacy, monitoring events on the ground and maintaining relations remotely has its limitations.

“It’s an indicator, for some, of lack of interest,” said Deborah K. Jones, who was serving as US ambassador to Libya when the United States relocated its diplomatic operations to Malta amid growing unrest from the budding Libyan civil war.

“It does have an impact because people begin to think that you don’t care,” said Jones, recalling her conversation with the Libyan foreign minister shortly after the United States pulled its embassy staff from Tripoli in July 2014.

“He said, ‘You cared more about the risk of being hit than you cared about the Libyan people,’” Jones recalled. “I said, ‘Yes. My first obligation and responsibility is to protect American lives.’”

Key to the future of US engagement with the Taliban will be Qatar, which since 2013 has hosted a Taliban political office in Doha. The Qatari capital was also the site of the US-backed peace talks between the Afghan government and the militant group.

Home to the largest American air base in the Middle East, Qatar helped the US military temporarily house tens of thousands of evacuees who were airlifted from Afghanistan following the Taliban’s sudden takeover last month. Along with Turkey, Qatar is currently in talks with the Taliban to restore passenger flights at the international airport in Kabul.

“Qatar has shown its willingness to be engaged in reaching out to the current Taliban leadership, and as the United States looks to find countries that can influence Taliban behavior going forward, clearly Qatar is an important partner,” said P. Michael McKinley, US ambassador to Afghanistan from 2014 to 2016.

“It’s possible to carry out long-distance diplomacy,” McKinley added. “I believe that will continue to be the case as the US seeks to gauge whether the Taliban is ready to meet conditionalities that the international community as a whole is setting.”

The Biden administration says recognition of the Taliban as Afghanistan’s legitimate government hinges on whether the Islamist group can make good on its commitments, including respecting the basic rights of women, allowing unhindered access to humanitarian aid, and assuring safe passage for Americans and Afghans with valid travel documents.

Blinken avoided meeting with Taliban officials this week in Doha, and US officials have been careful not to telegraph legitimacy to the group. During remarks from Ramstein Air Base in southwestern Germany on Wednesday, the top US diplomat made the distinction between engagement with the Taliban and diplomatic recognition.

“Legitimacy and support has to be earned by their actions. And in our judgment, it cannot be earned quickly,” Blinken said.

In the meantime, the US team in Doha must identify a reliable interlocutor who can act as a go-between with the Taliban, said Robert Ford, the last US ambassador to Syria.

“I think their first challenge is going to be, who is their interlocutor, and how well plugged in is the interlocutor in Kabul?” he said. “Can you influence that interlocutor, who can then in turn influence Kabul?”

Ford’s own dealings with the Syrian government ceased with the US Embassy’s closure in 2012. As a workaround, the Czech Republic agreed to serve as the US “protecting power,” a sort of diplomatic messenger between the two countries.

The United States has similar arrangements with Switzerland in Venezuela and Iran, and with Sweden in North Korea. The State Department hasn’t said whether Qatar or another mutually friendly country will represent US interests in Afghanistan as a protecting power.

For now, the United States is seeking consensus on future engagement with the Taliban, which on Tuesday unveiled an all-male caretaker government that includes a US-designated terrorist. Blinken, who co-hosted a ministerial meeting on Afghanistan with his German counterpart, Heiko Maas, on Wednesday, said the international community must be aligned on how to deal with Afghanistan’s new rulers.

“Our engagement with the Taliban has to be coherent, clear-eyed, circumspect and, again, as much as possible, aligned,” he said.