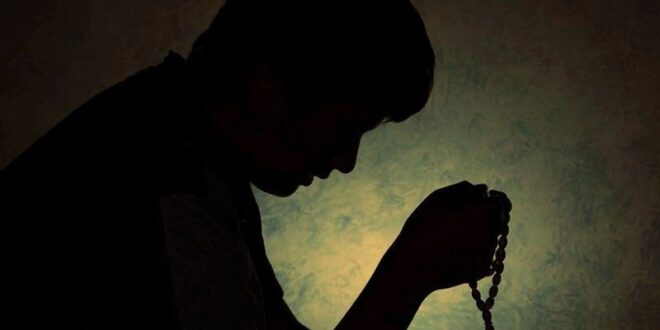 But members of the ultra-Orthodox community are considered most likely to pray indoors at synagogues —many more than Modern Orthodox, Conservative or Reform Jews who have been more open to moving their prayer services outdoors — raising concerns there could be a significant coronavirus spike among the ultra-Orthodox after the all day long prayer services to be held on September 16 [Yom Kippur-the Day of Atonement].

Many members of the ultra-Orthodox community were slow to begin heeding social distancing regulations and initially resisted the shutdown of schools and synagogues. Several prominent ultra-Orthodox rabbis initially opposed government efforts to shutter yeshivas and ultra-Orthodox schools as the pandemic began to spread across Israel in March of 2020.

As the situation in the ultra-Orthodox community worsened and as the government stepped up its efforts to reach out and provide information about the pandemic, people in the ultra-Orthodox sector began to take the issue more seriously and compliance with Health Ministry social distancing directives began to increase.

Lord Acton, a historian and moralist, wrote in a letter to Bishop Creighton in 1887: “Power tends to corrupt, and absolute power corrupts absolutely.” This applies to religious leaders as well as political leaders.

Ultra-religious political leaders in both Iran and Israel have caused many unnecessary deaths. Iran’s Imam Muhammad Saeedi opposed imposing health restrictions in the city of Qom, home to the country’s top Islamic clerics, which each week has thousands of pilgrims paying their respects by kissing and touching the numerous shrines and landmarks.

And Israel’s Minister of Health Yaakov Litzman, was reported by members of his own religious community as having violated the orders of his own Health ministry by attending worship service with ten or more men that had been forbidden, in order to prevent the spread of the corona virus in Israel.

Litzman’s views are Israel’s version of America’s evangelical groups-as in the case of Florida and other southern states, where their leadership have been telling their followers to continue to go to worship services, despite what the governmental authorities are telling them about the danger this poses to their own health and the health of the public.

Indeed, Litzman’s Ultra-Orthodox views are close to those of the religious leaders of Pakistan and Iran. In Pakistan, powerful Muslim clerics forced the government to leave mosques open throughout Ramadan. Mullah Abdul Aziz of the Red Mosque in the capital, Islamabad, ordered adherents to pack communal prayers and Friday worshipers were shoulder-to-shoulder.

And instead of quickly quarantining Iran’s holy city of Qom, Imam Mohammad Saeedi campaigned for pilgrims to keep on visiting: “We consider this holy shrine to be a place of healing. That means people should come here to heal from both spiritual and physical diseases.” he said.

But a report by the research arm of Iran’s parliament said 11,700 may have died. In Tehran, the municipal council said it had to add 10,000 new graves to its largest cemetery, Behesht e-Zahra.

So in 2020 between 6500 (government) and 11,000+ Iranians died because of narrow minded religious politicians in Iran; and in Israel where the Ultra-Orthodox are only 12% of Israel’s population they made up more than half of the early cases of Covid-19 in Israel but that is changing now for the second wave.

On August 3, 2020 the number of deaths from coronavirus in Iran was revealed to be nearly triple what Iran’s government claims, a BBC Persian service investigation has found. The government’s own records appear to show almost 42,000 people died with Covid-19 symptoms up to 20 July, versus 14,405 reported by its health ministry. The number of people known to be infected is also almost double official figures: 451,024 as opposed to 278,827. In recent weeks, Iran has suffered a second wave steep rise in the number of cases. Now it is much worse.

The Torah has several commandments regarding personal and public safety. For instance, Jews are instructed to build a fence around any flat roof, to prevent anyone from falling off the roof.

The 12th century Spanish/Moroccan/Egyptian Philosopher and M.D. Rabbi Moses Maimonides explains this to include any dangerous situation, such as an unguarded swimming pool. In addition to removing hazards, the Torah twice commands Jews to protect our health, safety and well being. For example, the Talmud forbids walking near a shaky wall, lest it fall and injure the passerby.

I am sure that Sharia law also contains such statements of caution. But we still need religious leaders who can find them and follow them.

We also need religious and political leaders who will respect scientific evidence and act on this evidence, especially in the areas of public health and global carbon based climate change.