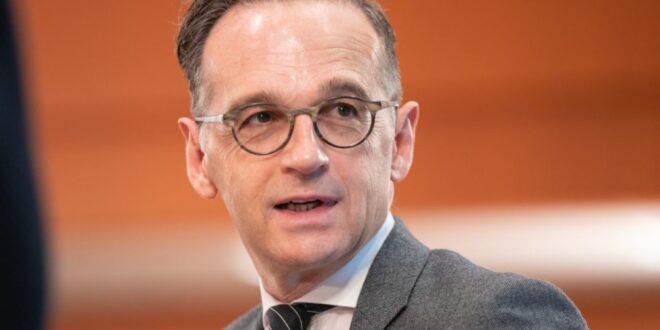 German Foreign Minister Heiko Maas has reiterated that Germany wants to reinstate their embassy in Kabul.

“Of course we want to reopen an embassy in Kabul. We need diplomatic representation on the ground,” Maas told reporters after meeting with Libyan Prime Minister Abdul Hamid Dbeibeh on Thursday.

“It always depends on the safety situation in Kabul but also on the kind of politics the Afghan government – if it works at some point – is demonstrating,” Maas said before reopening the country’s embassy in Tripoli.

“We are in close contact with our international partners: And I don’t think that there will be an isolated decision from our side. But we will make any decision with our partners as to when and how we will return to Kabul. But we plan to be present in Kabul with our own embassy at some point,” he added.

According to the report, about 113 passengers were on board, including U.S., Canadian, Ukrainian, German and British citizens.

Passengers were reportedly taken to Kabul airport in a Qatari convoy after safe passage was agreed upon. Upon arrival in Doha, they will initially stay in a compound hosting Afghan and other evacuees.

The Islamic Emirate authorities had agreed to let 200 American civilians and third-country nationals who remained in Afghanistan after the end of the U.S. evacuation operation from Kabul airport, Reuters reported citing a U.S. official.