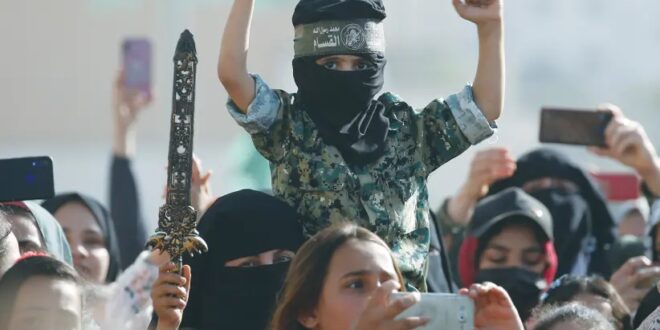 The former spy chiefs expressed a wide range of views on the impacts of the Biden administration’s withdrawal from Afghanistan on global security issues.

The US will not be able to leave the Middle East even if this is the stated goal of the Biden administration, because Middle East events and crises have a mind of their own, according to former Mossad chief Shabtai Shavit.

“The Middle East will not let you leave,” he said.

Shavit’s view was contrasted on a panel with three other former intelligence chiefs, who debated the impact of the Biden administration’s withdrawal from Afghanistan on global security issues, US staying power in the region, and threats from Iran and Hamas.

Speaking at the International Institute for Counter-Terrorism (ICT) in Herzilya on Sunday, the former heads of the Mossad, Shin Bet and IDF intelligence expressed a wide range of views.

Whereas former IDF intelligence chief Maj. Gen. (res.) Aharon Zeevi Farkash and former Shin Bet director Yaakov Peri said that the US was moving toward further reducing its involvement in the Middle East, Shavit said the US would remain, and former Mossad director Efraim Halevy said the US has not really decided.

“Everyone in the Middle East is waiting for the US to leave,” said Zeevi Farkash, pointing out that the US had already reduced its role in Syria, Saudi Arabia and elsewhere in the region, and that Afghanistan was a dramatic continuation of Washington’s global drawdown, whether from the Middle East or elsewhere.

Peri agreed with Zeevi Farkash, saying that the withdrawal of the West in general and of the US specifically from global security issues beyond their closer spheres of influence are encouraging terror groups to be more aggressive.

Shavit responded that he respects others’ views on the issue, but that while many US administrations had talked about withdrawing from the region, “if the US wants to be No. 1, it cannot leave.”

Staking out a middle ground, Halevy said “the US does not know what it will do. It is not interested in the Middle East, but in global issues,” but at the same time, “the US will not rush out” of the region.

Zeevi Farkash added that his comment about withdrawal related more to the US’s use of force, especially ground forces.

Moving on to the Israeli-Palestinian conflict, Shavit said he thought that the legacy of the Abraham Accords and current constellation in the region could enable an alliance of Israel, the Sunni states and the US to arrive at a resolution.

Peri was more pessimistic, saying that the next likely major event in the West Bank would be a large “internal succession war for control” of the Palestinian Authority by would-be successors to the aging President Mahmoud Abbas.

The former Shin Bet chief warned that the instability underlying the future of Palestinian leadership meant a resolution was farther off, and that Israel would be stuck in the West Bank for years to come.

Broadly speaking, the intelligence chiefs agreed that the US withdrawal from Afghanistan had strengthened the confidence of Hamas and Hezbollah in their conflict with Israel.

Honing in on Gaza, Zeevi Farkash said that Israel would need to “strike a major blow to Gaza to return deterrence” and stop Hamas from regular rounds of rocket attacks and war.

Halevy said that Israel needed to dialogue with Hamas, recognize that the group has ruled Gaza for 14 years, and that it must reach a long-term understanding even if it would rather the group disappear.

Regarding Iran, Zeevi Farkash said that the former government of Benjamin Netanyahu “facilitated Iran getting to the nuclear threshold… The IAEA has not inspected since February 24.”

The intelligence chiefs expressed a mix of some hope and doubts about how the current government would handle the Iran issue.

Earlier at the conference, NATO Assistant Secretary-General for Intelligence and Security David Cattler explained his personal experience on the day of 9/11.

He said that it was the biggest blow to the US in its history, and that it paved the way for the state of terrorism that currently exists in globally. That terrorism is far from being defeated, he said, and evolving technologies are further empowering the threat and making it harder to counter the terror groups.

The NATO intelligence official said that the heightened online presence of Hamas, al-Qaeda and ISIS makes it easier to recruit and radicalize others going forward, and that only increased cooperation among nation-states can lead to reducing the ever-evolving threat presented by terrorism.

ICT Founder and Executive Director at Reichman University Boaz Ganor highlighted the crucial importance of addressing different kinds of terrorist threats according to their individual qualities, and that Israel and the West needed to understand the differences to combat the capabilities and motivations of lone-wolf terrorists, non-state terror organizations, and state-sponsored terrorists.

Regarding global terror trends, Ganor disputed optimistic predictions, saying these views were overly focused on the reduction of Islamic terror attacks in the West, but ignored the increase in Africa and other areas.

Furthermore, he noted an increase in right-wing extremist terror in the US and other Western countries, especially in the corona era, and that overall terror might increase across the board in the post-pandemic era.