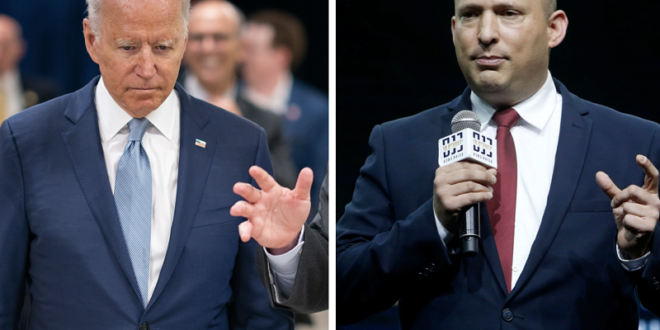 Who do they think they are? Israel tells US to ease off Saudi, Egypt human rights

They need not worry, as the Biden administration is still selling arms to the biggest violators in the Gulf.

Israeli officials warned the United States not to hold Saudi Arabia and Egypt accountable for human rights abuses, or else risk driving them into the arms of China, Russia, and Iran. This would contradict President Biden and Secretary of State Blinken’s pledge to “put human rights at the center of U.S. foreign policy.”

Israel need not worry: despite his campaign rhetoric lambasting Trump’s fondness for Crown Prince Mohamed bin Salman and President Sisi, since taking office Biden has made few efforts to pressure the Saudi or Egyptian governments on human rights. Washington did pause the bonanza of weapons sales to Saudi Arabia, but then allowed certain sales to go through.

Meanwhile, Biden declined to sanction Mohammed bin Salman, despite affirming that MBS ordered the assassination of Jamal Khashoggi. The Biden administration evidently intends to send the $1.3 billion of military aid that Washington gives Cairo each year, violating a Congressional mandate to withhold almost a quarter of that funding if the Egyptian government continues to violate human rights, which it clearly has.

Meanwhile at their first meeting in August, Israeli Prime Minister Naftali Bennett informed Biden of his “death by a thousand cuts” strategy towards Iran, referring to his pursuit of multiple small attacks rather than one decisive strike. To this end, Bennett requested that Biden keep American troops in Iraq and Syria, and ignored Biden’s stated goal of returning to the Iran nuclear deal. Bennett evidently did not push Biden to ignore Egypt and Saudi Arabia’s human rights abuses; that message came from Israeli officials.

The gall of Israel instructing the U.S. to prioritize Israeli foreign policy preferences aside, it is hardly surprising that Biden will not hold Saudi Arabia and Egypt accountable for human rights abuses. The Biden team increasingly orients foreign policy around the perceived threat posed by China. Israel’s exhortation against alienating Arab partners for fear of pushing them closer to China already reflects the thinking of many in the White House.

Israel’s concern that accountability from the U.S. might encourage the Saudis and Egyptians to reach out to Iran bears analysis. In general, the narrative in Washington has portrayed the animosity between Riyadh and Tehran as driving many conflict dynamics in the Middle East, with each side sponsoring proxies and fomenting sectarianism in an effort to undermine the other. President Obama asserted in 2016 that the Saudis and Iranians need to learn to share the region, which prompted howls from the Kingdom at the time.

Yet as demonstrated by the recent thaw in relations between Iran and the Gulf countries, the animosity long directed at Iran reflected the Gulf Arab leaders’ belief that Washington would take on Tehran if conflict escalated. Obama’s Iran nuclear deal, Trump’s muted response to the attack on Saudi oil facilities, and now Biden’s withdrawal from Afghanistan all show the Gulf monarchs that their preferences may no longer align with those of the U.S.

Israel, for whom the Abraham Accords represented an opportunity to build an anti-Iran coalition, prefers Arab-Persian discord. For this reason, Israel wants the U.S. to keep Arab security partners close.

Yet in contrast to the high level of attention they received over the past few decades, Arab leaders are feeling neglected as the U.S. winds down the economically and politically costly post-9/11 wars. Even if the U.S. military footprint in the Gulf remains largely unchanged, and the U.S. refrains from prioritizing human rights, Arab leaders may seek alternative sources of weaponry in order to reduce their reliance on a U.S. that no longer seems as dependable.

Tellingly, the United States removed most of its missile defenses from Saudi Arabia in the last several weeks, leaving the state feeling vulnerable to Houthi missile attacks from Yemen. Biden’s decision to release a previously classified FBI report revealing contacts between the 9/11 hijackers and certain Saudi officials reiterates that U.S. policy is no longer as in thrall to Saudi preferences as it once was.

The outbreak of cross-Gulf diplomacy indicates that it was American military hegemony in the Middle East that contributed to Arab animosity towards Iran; ironically it has taken the U.S. playing a less influential role for the Saudis and Iranians to learn to coexist. Sectarian tensions, heightened by the U.S. invasion of Iraq in 2003, certainly influence personal feelings of suspicion towards Shi’a Muslims as well as Iran in many Sunni Arab societies. Yet geopolitics will muffle the influence of such sentiments as Russian and Chinese influence in the region expands. Because both Russia and China have productive relationships with Iran, Arab countries that purchase weapons from Moscow and Beijing will be less likely to point them at Tehran. Furthermore, neither the Chinese nor the Russians will subsume their own interests to that of Israel, as the U.S. does. This is why Israel is so nervous.

Members of the Washington foreign policy establishment often insist the cause of human rights is better served when the Americans sell the weapons than when the Chinese or Russians do. Along with training and other military-to-military interactions, the U.S. emphasizes the importance of human rights to its security partners, whereas China, Russia, and Iran would not require Arab military leaders to sit through lectures about human rights. In the establishment narrative, even if the United States does not actually insist our partners protect human rights, a discussion about them is better than none at all.

Yet selling the machinery of death is clearly anathema to the protection of human rights. If Washington wanted to protect human rights, it would not sell arms to these countries in the first place. Furthermore, the American approach provides a model for human rights abusers, demonstrating that from the U.S. perspective, talking about human rights is enough, and there is no need to change one’s behavior to actually protect them. By treating human rights concerns as satisfactorily addressed merely by invoking them, the United States undermines the entire premise that human rights are important enough to protect.

Despite its admonitions to avoid estranging Arab partners with too much human rights talk, Israel has already adjusted to the region’s shifting geopolitics: China just opened the first private port in Israel, over American objections. Clearly, despite Israel’s demand that the U.S. continue to defer to the Israeli government’s goals, Tel Aviv will not do the same for Washington. Although hardly unprecedented, this latest evidence that Israel will pursue its own agenda reveals that the U.S. must take the same approach. It is long past time for American presidents to prioritize U.S. interests over those of Israel.

Post Views: 415
Previous The True Lessons of the Afghan War
Next How 9/11 enabled a preconceived vision of an imperial US foreign policy