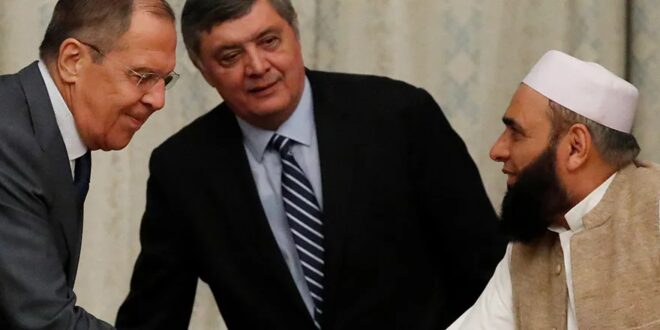 Russia and the Taliban: Prospective Partners?

Russia’s cautious accommodation of the Taliban shows it will likely combine diplomacy with deterrence in the coming months.

Since Afghan President Ashraf Ghani fled Kabul on 15 August, Russia has cautiously accommodated the Taliban’s seizure of power. Diplomats, such as Russian Ambassador to Afghanistan Dmitry Zhirnov and President Vladimir Putin’s envoy to Afghanistan Zamir Kabulov, have praised the Taliban’s contributions to security in Kabul and the struggle against Islamic State-Khorasan Province (ISIS-K). While Russia has no immediate plans to afford diplomatic recognition to the Islamic Emirate of Afghanistan, Putin recently stated that Moscow will engage with the Taliban as soon as it ‘enters the family of civilized people’.

Russia’s accommodation of Afghanistan’s new political order reflects the impact of more than a decade of clandestine and public diplomacy with the Taliban. However, it masks Russia’s serious reservations about the Taliban’s long-term consolidation of power and purported commitment to combating transnational terrorism. Instead of establishing a partnership with the Islamic Emirate, like Taliban spokesman Zabiullah Mujahid recently predicted, Russia’s strategy towards Afghanistan will synthesise diplomacy and deterrence. This strategy will allow it to maintain cordial relations with the Taliban, while assuaging the legitimate security concerns of its Central Asian partners.
Russia’s Prospects of Diplomatic Engagement with the Taliban

Although Russia labelled it as a terrorist organisation in 2003, Moscow has maintained a longstanding informal diplomatic relationship with the Taliban. In 2007, Russia held clandestine talks with the Taliban on the prevention of drug trafficking from Afghanistan to Central Asia. These negotiations produced few results, as Russia opened its airspace for US military operations against the Taliban in 2009 and collaborated with the US on anti-narcotics raids in 2010. Russia’s engagement with the Taliban revived in 2015, as the threat of ISIS-K grew. In December 2015, Kabulov stated that Russia had established communication channels to exchange information with the Taliban and argued that the Taliban’s desire to combat ISIS-K objectively coincided with Moscow’s interests.

The expansion of Russia–Taliban dialogue caused alarm in Kabul and Washington. In December 2016, the Afghan Foreign Ministry cautioned external powers, such as Russia, against elevating the Taliban’s stature, as it could create long-term threats to regional and international security. Afghan lawmaker Shinkai Karokhail subsequently claimed that Russia provided assistance to the Taliban, as it wished to prolong the US war in Afghanistan. In March 2018, the commander of US forces in Afghanistan, John Nicholson, alleged that Russian weapons were smuggled across the Tajik border to the Taliban. Nicholson asserted that Russia inflated the ISIS-K threat to provide a justification for military assistance to the Taliban. The Russian Foreign Ministry has repeatedly denied reports that Moscow had supplied weaponry to the Taliban.

During my interviews with Russian experts and officials from 2017–19, two narratives about Russian security cooperation with the Taliban surfaced. The first was that Russia provided token arms transfers to the Taliban as a symbolic trust-building gift. The second was that Russia viewed the Taliban as a potential partner in their efforts to retaliate against threatening US actions, such as the February 2018 Battle of Khasham which killed Russian private military contractors (PMCs). Both narratives were undergirded by Russia’s belief that the Taliban could be a trustworthy partner. Russia’s hosting of the Moscow-format peace negotiations from 2017–19, which often included the Taliban and excluded President Ashraf Ghani, strengthened person-to-person links between Russian and Taliban officials. While these talks officially aimed to end the war in Afghanistan, they also gave Russia negotiating partners within the Taliban, which could be invaluable in the event of a Central Asian security crisis.

Now that the Taliban are the ruling authority within Afghanistan, Russia hopes to translate this diplomatic experience into security and economic cooperation. While Russia has ruled out military-technical cooperation or arms transfers to the Taliban, Moscow could still view the Islamic Emirate as a partner against ISIS-K. Zhirnov claims that Russia could invest in Afghanistan’s vast untapped mineral reserves and believes that the Taliban could partake in transport and energy projects with Central Asian states. Russia also supports the removal of asset freezes against the Taliban and has urged the international community to aid Afghanistan’s reconstruction from four decades of conflict.
Risks to Russia’s Interests

Although Russia’s diplomacy with the Taliban leaves it better equipped to manage a spillover of instability from Afghanistan than during the Islamic Emirate’s first stint in power from 1996–2001, Moscow still has reasons to be concerned about Taliban rule. Russian experts fear that the Taliban’s hold on power might be more tenuous than it appears, and that Afghanistan could potentially succumb to a new civil war. Andrei Kortunov, the director-general of the Russian International Affairs Council, expressed concerns that the Taliban will struggle to exert control over northern Afghanistan and this vulnerability, combined with the sharp deterioration of the Afghan economy, could result in the emergence of Al-Qa’ida and Islamic State cells. Omar Nessar, an expert at the Institute of Oriental Studies, warned that the Taliban’s unwillingness to give up violence could cause the Afghan security forces to struggle to maintain stability.

Due to these risks, Russian officials urged the Taliban to create an inclusive coalition government and ameliorate intra-state conflicts through diplomacy. Russian Foreign Minister Sergei Lavrov recently stated that an Afghan government should include non-Pashtun ethnic groups, such as Hazaras, Uzbeks and Tajiks. Lavrov also emphasised the need for a diplomatic settlement between the Taliban and the Ahmad Massoud-led National Resistance Front in Panjshir Valley. The Taliban’s appointment of a government on 7 September, which is almost exclusively Pashtun and largely comprised of holdovers from their first stint in power, clashes with Russia’s recommendations. While Zhirnov will attend the Islamic Emirate’s inauguration ceremony, this should not be viewed as a sign of Moscow’s support for Taliban appointments.

To mitigate against instability in a Taliban-led Afghanistan, Russia is pursuing three policies. First, Russia is strengthening its engagement with Pakistan on Afghan security. Pakistan’s Express Tribune described Putin’s call to Pakistan’s prime minister, Imran Khan, as a ‘defining moment’ in Russia–Pakistan relations, as it was the ‘first-ever tacit acknowledgement that Russia has come to rely on Pakistan to advance its interests’. This does not mean that Russia is behind Pakistan’s policies towards Afghanistan. Russian media outlets have expressed concern about the corrosion of Afghanistan’s sovereignty that accompanies Pakistan’s empowerment of the Haqqani Network, and highlighted the Pakistani military’s alleged involvement in the Panjshir Valley offensive. Nevertheless, Russia views Pakistan as an indispensable backchannel to the Taliban and sees security benefits in strengthening its relationship with Islamabad.

Second, Russia has expanded its security cooperation with India against shared threats emanating from Afghanistan. Russia’s ambassador to India, Nikolay Kudashev, acknowledged that Moscow and New Delhi are both concerned by a spillover of terrorism from Afghanistan, as it poses a threat to Central Asia and Kashmir. Indian Prime Minister Narendra Modi’s national security advisor, Ajit Doval, and his Russian counterpart, Nikolay Patrushev, have also discussed upgrading Russia–India cooperation against terrorism and narcotics trafficking. Third, Russia is deepening its coordination with its Central Asian partners on Afghan security. The Russian-led Collective Security Treaty Organization launched three days of military exercises in Kyrgyzstan, as it wished to mitigate threats emanating from Afghanistan. Uzbekistan and Tajikistan have also held joint military exercises with Russia, while Rosoboronexport has agreed to sell arms to Central Asian countries bordering Afghanistan.

Although Russia’s official statements on the Taliban are optimistic in tone, they belie growing uncertainties in Moscow about the Islamic Emirate’s ability to stabilise Afghanistan. In the months ahead, Russia will likely combine diplomacy with deterrence, as it seeks to mitigate security threats and capitalise on nascent commercial opportunities in Afghanistan.