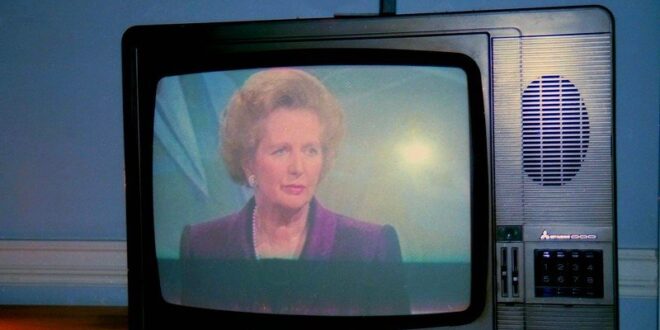 “Neoliberalism” has been a hot topic for a few decades, but by now the word is sloppily used often enough that many claim that the word has become meaningless. However, it doesn’t work that way. The word neoliberalism has a definite meaning, even if it can be a tricky one, and it does not lose that meaning just because it is frequently misused. And it’s a necessary word that is critical to understanding the world we live in and the future we’re likely to see if something is not done to keep it from happening.

The most common mistake people make in trying to understand neoliberalism is to think that it is simply a resurgence of traditional anti-tax, anti-regulation, anti-union free-market liberalism (also called market conservatism). There’s something different about neoliberalism, which explains the “neo”. What is it?

Basically, neoliberalism is strong-government market liberalism. Traditional market liberals (Adam Smith) believed in freedom in general. Their freedom began with market freedom, in which business and trade are only minimally impacted by the multitude of assigned monopolies, licensing rules, required permissions, regulations, prohibitions, taxes, and fees which cramped the economy under earlier feudal and absolutist states. But classic liberalism also was (up to a point) egalitarian and libertarian, doing away with the enforced social categories (noble, bourgeois, clergy, and commoner, and serf) which prescribed who could participate in which activity. Finally, classic liberals usually supported increased personal freedoms in non-economic, including such rights as religious freedom, freedom of speech, the right to bear arms, habeas corpus, the right to a fair trial, the prohibition of arbitrary punishment, the right to political participation, and so on.

Going along with these ideas was the idea that freedom is “natural”, and that once liberation from the arbitrary government was attained, the resulting system would be self-regulating and run itself. The earlier government would need to be replaced only by a very limited government which would enforce the law and protect against foreign enemies and provide such essential public services, as roads, bridges, water, sewer, etc. . In this system, the state would interfere in the daily lives of individuals quite minimally, and only within strict limits prescribed by law. This is, at least in theory, the system supported by libertarians and by such old-style libertarian Republicans like Barry Goldwater. Actual liberal societies never quite followed their own rules, and the neoliberal response is to make those rules less egalitarian and less libertarian, and in particular by restricting political rights.

Whenever necessary, the state of strong-government neoliberalism actively intervenes to maintain the free-market system, which is not “natural” and must be vigilantly protected from internal political threats. Interventions begin with constitutional restrictions on the powers of elected officials and might also include restrictions on freedom of political speech and freedom of political action, and “firm measures” might ultimately be required, not spelled out in theory, but consist of traditional repressive actions which might be quite harsh. Friedman, Hayek, and Buchanan all visited Pinochet’s Chile at one time or another, and while they played no formal role there, none of them denounced Pinochet at a time when the whole rest of the world was doing so.

Two factors make it more difficult for Americans to easily grasp the concept of neoliberalism. First, the colloquial meaning of the word “liberal” is different in the US than in Europe, where neoliberalism was born. Second, when the term “neoliberal” first came into the American political discussion, it mostly was used to label a group of Democratic politicians who rejected the heritage of Jimmy Carter and LBJ.

Randall Rothenberg’s book The Neoliberals heavily influenced the early American understanding of the term “neoliberalism”. He credits the term to Morton Kondracke, a television personality from The New Republic who, on the MacNeill-Lehrer Report on Nov. 5, 1980, immediately after the election which made Reagan President., proposed the term to designate a group of Democratic politicians who had been successful where Carter has failed. Kondracke was somewhat scholarly and it is not impossible that his use of this term had some relationship to neoliberalism in its European form, but there’s no sign of this in Rothenberg’s book. All the books Rothenberg gives as examples of neoliberal thought are recent, American, and nontechnical. Rothenberg barely mentions Milton Friedman, and Friedrich Hayek, Walter Lippmann, and The Mont Pelerin Society do not show up at all.

Many of the individuals Rothenberg names as neoliberals have been Presidential candidates at one time or another, but most of them have been forgotten today except by scholars and people who lived through the era; the main ones are Paul Tsongas, Gary Hart, Bill Bradley, Richard Gephardt, Bruce Babbit, Chris Dodd, and Richard Lamm. Michael Dukakis is remembered as an unsuccessful Presidential candidate, Al Gore is remembered as a Vice President and unsuccessful Presidential candidate, and I suppose that Jerry Brown is still remembered as a celebrity. Bill Clinton is not on the list, and I think that this is important. Clinton was as neoliberal as any of them, but unlike the others, he didn’t have much of a public record, and he was nominated because he would be harder to attack. (Carter and Obama were nominated for much the same reason; this is the consequence of the Democrats’ troubled relationship with their own voters after 1968).

These neoliberals had in common that they rejected the heritage of LBJ (above all the War on Poverty) and distanced themselves from Carter (though Carter was actually another neoliberal: “The era of big government is over”, “life is hard”). They were mushy on the military issues raised in the 1972 election (some had been McGovern supporters), and while none rejected civil rights, some of them proposed a “more balanced approach”. Most advocated putting governmental operations more on market principles, which is perhaps the primary neoliberal goal. Most also seemed “liberal” (in the American sense) because they were educated and well-spoken in contrast to inarticulate party hacks, but they were not actually liberal. They were neoliberal because they were moving away from welfare liberalism and not because they were renewing it, but, but they were happy to let people think that what they were proposing was just a modernized and more efficient version of the New Deal. These forgotten men were riding the wave of history a little prematurely: they pointed the way to Obama and the Clintons, but except for Gore they fell beneath the waves. The American neoliberals in Rothenberg’s book are unimportant in the history of neoliberalism, but some of the American confusion about neoliberalism is probably due to their presence and Rothenberg’s reporting of it.

This rather neatly fits the stereotypical descriptions of Americans as anti-theoretical people who think only concretely, as contrasted to the Europeans with their theories and ideologies, and if you combine this anti-theoretical bias (as manifested in Rothenberg’s 1984 book ) with the general American understanding of the term “liberal” to mean “welfare liberal” rather than “market liberal”, it is not surprising that the general American understanding of neoliberalism is as weak as it is.*