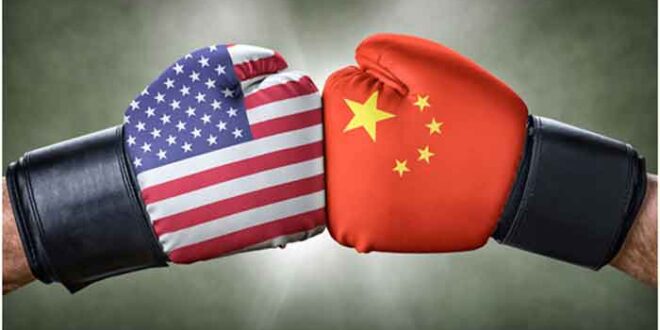 ‘Pakistan has become the mistress of China’,

‘Britain is a lapdog of the America’,

‘France is furious over the submarine deal’,

‘India trying re-entry in Kabul through Iran via Russia’.

The media across the globe has turned into a noisy circus with its fear-provoking news headlines. It is forcing many people to say goodbye to mainstream media and social media who prefer to entertain themselves with music or movies.

At the same time, with the making and breaking of blocs and alliances across the Continents, the people are getting worried, asking questions as to whose turn it is now after the demolition of a few Muslim countries. Many political scientists have raised eyebrows that the ideology of globalization is also being getting wound up in silence.

The foreign policy of every country, big or small, has taken a new direction in recent years, especially by closing its borders and discouraging immigrants or refugees from poorer or war-ravaged countries. The latest example is Haiti, where more than 10,000 people were waiting helplessly on the Mexican border to enter the United States for a dream of a better life. The United States prepared a plan to repatriate them on special planes or ships instead of letting them in. Afghan ‘collaborators’ were seen hanging to the fleeing planes of the US.

In the election manifestos of most of the political parties in the western countries, it has become an important agenda that the first beneficiaries to get basic facilities ranging from education, housing, and employment will be the natives of those countries that used to be considered serious violation of human rights according to International policy on immigrants or refugees in the past.

Another emerging trend is that traditional enemies are becoming friends and the chasm between friendly countries is widening further.

Until a few years ago, those Muslim countries that refused to accept the existence of Israel are embracing the country and increasing trade and public relations with pace.

The Taliban, who were considered “terrorists” worldwide, have entered into the Doha Pact with the United States, and soon many heads of intelligence agencies raced to Kabul to meet with them.

Russia, India’s traditional ally, has become very close to its rival China, while India’s proximity to the United States seems to become as costly to it as it had been to Pakistan during the Cold War.

Russia and India, on the other hand, have not been as warm as they were decades ago when Russia would stand by India at the United Nations over its Kashmir policy.

There has been a sudden resurgence of rapprochement between Iran and India, although, after the US sanctions on Iran, Tehran hoped that India would ignore the sanctions and maintain trade and economic projects with Iran, but this did not happen. Largely due to Israel’s friendship, as Iran is perhaps the only country in the Islamic world that is still a staunch opponent of Israel and its Palestinian policy. India has preferred to strengthen its ties with Israel and the United States over Iran.

Since India has no presence in Afghanistan at the moment, which is now seeking a way through Iran. Russia is probably not in a position to gain access to India through the Central Asian states in which Chinese trade route investment is seen as the biggest obstruction.

Everyone is wondering about China, how come it has come forward to rebuild Afghanistan that had a presence of Muslim fighters from Turkestan, Kashgar, or Khotan in the Afghan struggle against Soviet invasion. All eyebrows raised in the Muslim countries as to how the Taliban turned a blind eye to the alleged abuses against Xinxiang’s Uyghur Muslims? Taliban was considered the strong force by the Muslim Ummah against foreign invasions and oppressions.

Jianni Ying, a Chinese author and head of the Citizen Power initiative writes in the Diplomat that China fears that the Taliban’s victory could re-emerge the East Turkestan Islamic Movement or ETIM in Xinjiang and make it difficult to handle. The foreign minister has met with the Taliban leader and sought assurances from him to follow a moderate Islamic policy. Second, China’s interest is limited to the One Road One Belt project, which is willing to invest in Afghanistan in exchange for protection from the Taliban. Afghanistan is a land of copper and natural minerals that could be the source of interest for China. The country is currently expanding its economic influence around the world through its hundreds of investment projects.

Since Brexit, Britain’s foreign policy has undergone significant change. The country is dreaming to make its empire once again. The Brexit has threatened the survival of The European Union. With the four-nation alliance of Quad and the recent formation of AUKUS, there is a growing concern in European countries that the new alliance is not only weakening them but also putting the NATO alliance in jeopardy.

Although a large part of the media in Britain is impartial and independent, the French statement that “Britain lives in the lap of the United States” after the controversial purchase of the French submarine has breathed a new life into the spirit of patriotism among the population. One can sense that even in the liberal world; the level of tolerance to criticism is almost diminished.

The US media has not yet acquitted Joe Biden of the evacuation process and wind-up in Afghanistan, but Biden is under tremendous pressure to formulate a new policy towards the Muslim world, that has already begun with the removal of the defence missile system and the Patriot in Saudi Arabia. However, the Saudi government has repeatedly called for a status quo policy to prevent attacks by Yemeni Houthi insurgents. The US administration is thought to have considered withdrawing military installations and forces in Egypt, Syria, and Iraq.

The United States is working to strengthen its defence and economic ties with non-Muslim countries which are considered a shift in foreign policy with a new target of China.

Ever since Australia decided to cancel the deal with France and buy 18 nuclear submarines from the United States and Britain, its impact has been felt not only by NATO countries and other defence organizations, but the formation of new blocs led by Britain and the United States has put other European countries on high alert. Many countries are thinking of shifting their goalposts as well, getting closer to Russia and China.

The media’s ultra-nationalism and emerging new conflicts of new alliances have overshadowed the ongoing humanitarian catastrophe in Afghanistan, where half a million families have been displaced by the recent fighting and famine who live in makeshift tents, where 42% of the population is at starvation point, where four million children are facing death due to malnourishment, where banking sector has almost collapsed in all the provinces of the country and where there is no budget to run the country. A little bit of money in foreign countries has been frozen by the US and its allies.

The Taliban’s victory might be deemed to have ended the era of foreign intervention or occupation in Afghanistan, but while the country’s internal struggle for survival has intensified, the new alignment in the world has put millions of people in a new predicament, especially in the Muslim world which considers itself the target of every new policy or every new alliance. No matter, it might come through China now.