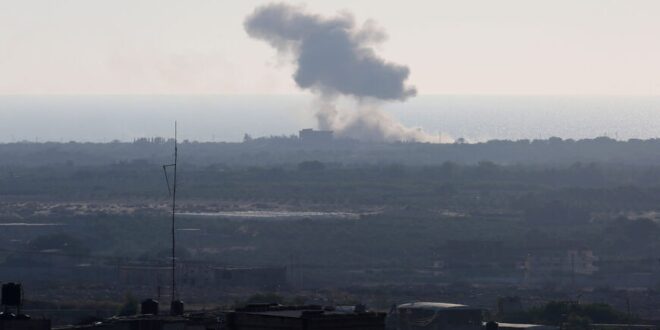 The recent death of five army troops in the Sinai Peninsula is giving rise to fears from a possible revival of the local Islamic State branch, given growing IS activities in other countries.

Local security analysts warn against a possible resurgence by the Islamic State (IS) in the Sinai Peninsula, in the wake of a string of attacks on army troops, Bedouins and tribal figures in the northeastern Egyptian territory.

Five army troops, including an officer, sergeant and three conscripts, were killed in the northern Sinai town of Baer al-Abd Jan. 25, when an explosive device, planted by IS operatives, went off, during an army combing operation in the town.

The incident came only hours after IS militants kidnapped six people from the town and fled, according to tribal sources.

Northern Sinai, the main hotspot of IS activities in Egypt, has been relatively calm for several weeks.

Nevertheless, the latest attack and kidnappings give rise to fears that they might be part of a regional reawakening of the organization, one that has so far been noticed in Syria, Iraq and Libya.

“We are witnessing a comeback by IS in several regional hotspots, after the organization succeeded in regrouping,” Ehab Youssef, a retired police general, told Al-Monitor. “This comeback can embolden the local IS branch into more attacks in the coming period.”

On Jan. 20, militants affiliated with IS attacked a major prison complex run by Syria’s Kurds in northeastern Syria to free thousands of IS fighters who were held inside the prison.

The attack caused the death of dozens of IS inmates, Kurdish fighters and civilians, and the escape of hundreds of other inmates.

The prison complex houses around 5,000 IS fighters from different countries, along with their wives and children.

Fighting continued to rage on around the complex for several days after the attack, raising concern among those closely following the activities of the terrorist organization.

Some observers believe that some regional states are lending support to IS to weaken the Kurds and help the terrorist organization regroup, for the first time after it lost its last stronghold in Syria in March 2019.

The Syrian prison complex attack came only days after IS attacked an Iraqi army post in Iraq’s eastern province of Diyala.

The attack left 11 Iraqi troops dead and raised fears from an IS revival in that Arab country, which declared the defeat of IS in December 2017, but continues to hunt for IS sleeper cells and operatives in different cities.

This also came as the Libyan National Army continues to battle IS cells in southern Libya, amid repeated attacks from IS in different parts of Libya, including the southern parts of the country that shares an extended border with Egypt.

In Egypt, the fear is that these attacks can reverberate in Sinai or other places in the coming period.

“This is why I believe the army will raise its alert level in Sinai in the next few days,” retired army Gen. Nasr Salem told Al-Monitor. “After all, this terrorist organization continues to be considerably active.”

IS Sinai is originally a home-grown terrorist group that swore allegiance to the late IS caliph, Abu Bakr al-Baghdadi, in late 2014.

The group pursued an active recruitment policy, exploiting then-rampant anger among some Sinai Bedouins against deteriorating living conditions in most of this Egyptian territory that shares borders with Israel and the Gaza Strip.

However, the Egyptian army has succeeded in significantly weakening the group, which has been translating into failure by IS elements to launch significant attacks in Sinai for several months now.

The number of IS attacks in Sinai also has been decreasing since 2018.

“The success of the army in containing IS Sinai boils down to its ability to tighten its control over most of this territory,” Youssef said. “Cooperation from Sinai Bedouins has also been instrumental in this success.”

The Egyptian army has deployed thousands of troops, waging an all-out war against IS in Sinai, within a comprehensive operation that kicked off in 2018 and continues until the present.

The Egyptian counterterrorism strategy in Sinai is an inclusive one, containing a development dimension, alongside military action.

Egypt razed a large number of villages and residential communities in northern Sinai and then rebuilt them in an organized manner to improve conditions for residents and deprive IS of the safe refuge its militants used to have in these villages.

Residents evacuated from the same villages in the past years are now returning.

The government is also encouraging citizens in other parts of Egypt to migrate to Sinai, in its bid to increase the population of the 60,000-square-kilometer (23,000-square-mile) territory that is inhabited by just over half a million people.

To encourage Egyptians to leave their homes in other parts of Egypt and settle in Sinai, the government offers incentives, including houses and farms at discounted rates.

Nonetheless, the regional reawakening of IS brings in fears from a similar revival at home, especially in Sinai where the defeat of the local branch of the organization is far from complete.

The latest bomb attack came only a month after a leader of the Sinai Tribes Union, a united front of tribes that assist the army and police in their fight against IS Sinai, was killed in a bomb attack in Sheikh Zuweid, another northern Sinai town.

IS Sinai, security experts say, resorts to planting explosives as a tactic to kill as many army troops and tribesmen as it can.

The same tactic, they add, also makes up for the disadvantages IS Sinai suffers in the face of Egyptian army troops that are far larger in numbers and have more superior weaponry.

IS Sinai used to depend on Egypt’s shared border with Libya to receive fresh supplies from the neighboring country that suffered lawlessness for a long time after the 2011 downfall of the Moammar Gadhafi regime.

A network of smuggling tunnels between Sinai and Gaza also gave the terrorist group the chance to receive supplies from the Palestinian territory, including fighters.

Nevertheless, the lack of full clarity on IS Sinai sources of funding increases fears from the potential resurrection of the group, specialists said.

“The sources of funding of IS Sinai continue to be shrouded in ambiguity,” Sameh Eid, a writer who specializes in militant and terrorist groups, told Al-Monitor. “This highlights the difficulties in stopping this funding and also carrying out the operations it can be used in.”